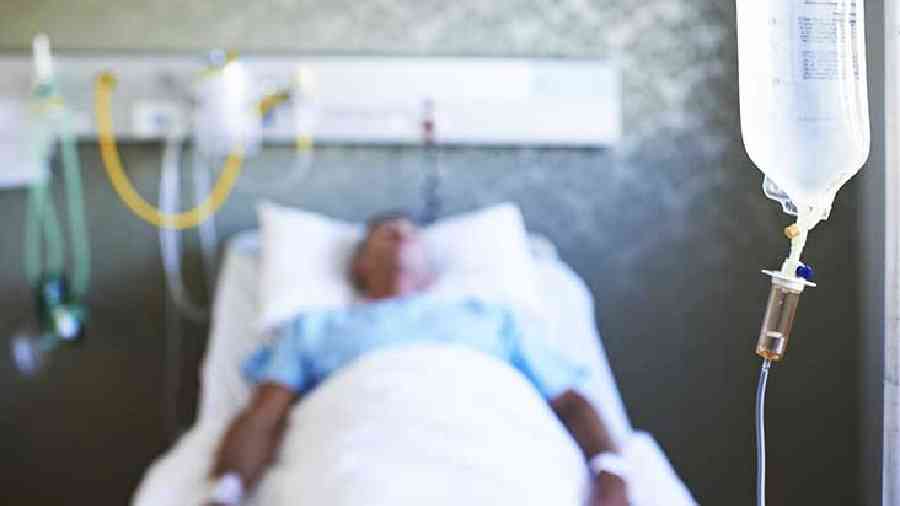 The study, based on latest data from 204 countries or regions and published in the British Medical Journal, has also found that while COPD rates have declined in many countries over the past three decades,
Representational picture
G.S. Mudur   |   New Delhi   |   Published 29.07.22, 02:42 AM

India has among the world’s highest death rates from chronic obstructive pulmonary disease (COPD), according to new research that some health experts say reinforces concerns about gaps in diagnosis flagged earlier.

COPD is an inflammatory lung disease that causes obstructed airflow from the lungs. The symptoms include breathing difficulties, cough, mucus (sputum) production and wheezing.

The study, based on latest data from 204 countries or regions and published in the British Medical Journal, has also found that while COPD rates have declined in many countries over the past three decades, absolute counts have increased with smoking and air pollution contributing to the disease burden.

India’s age-adjusted COPD death rate declined between 1990 and 2019 but the absolute numbers of deaths rose sharply.

“Despite the decreasing burden of COPD, this disease remains a major public health problem,” Ali-Asghar Kolahi, an associate professor of community medicine at the Shahid Beheshti University of Medical Sciences, Iran, and his colleagues wrote in their study.

The study found that on a global scale, smoking was the main risk factor for COPD, making up 46 per cent of the disability, followed by outdoor or indoor air pollution (21 per cent), and occupational exposure to gases and fumes (16 per cent).

Health researchers not associated with the study said India’s relatively high death rates compared with those in the US or the UK, countries with comparable prevalence rates, could owe to either gaps in diagnosis that delay treatment or underestimated prevalence.

“The correct diagnostic tool for COPD is spirometry, which is mainly available at the district hospital level,” said Ashwani Verma, a public health data researcher analysing COPD prevalence in the country.

“But many efforts to estimate prevalence have used questionnaires that ask patients about their symptoms, which is not a very reliable diagnostic method.”

Spirometry involves the use of a device that assesses lung function in real time.

An independent study by Verma and his collaborators from other institutions has estimated a COPD prevalence of 7 per cent among people aged 30 years or older in India. The prevalence rate would be expected to rise in older age groups.

The Union health ministry’s programme for the control of non-communicable diseases screens people for COPD at the district hospitals and not at the primary health centres or community health centres. Verma said this was likely to lead to an underreporting of COPD.

Doctors say that while COPD is preventable, it cannot be cured once established and early diagnosis remains the key to reduce the risk of further damage to the lungs. “The sooner the diagnosis, the more the damage that can be prevented,” Verma said.