Indian Medical Association slams The Lancet for editorial on Kashmir

In an editorial, the medical journal has highlighted the mental health crisis in Kashmir caused by exposure to violence 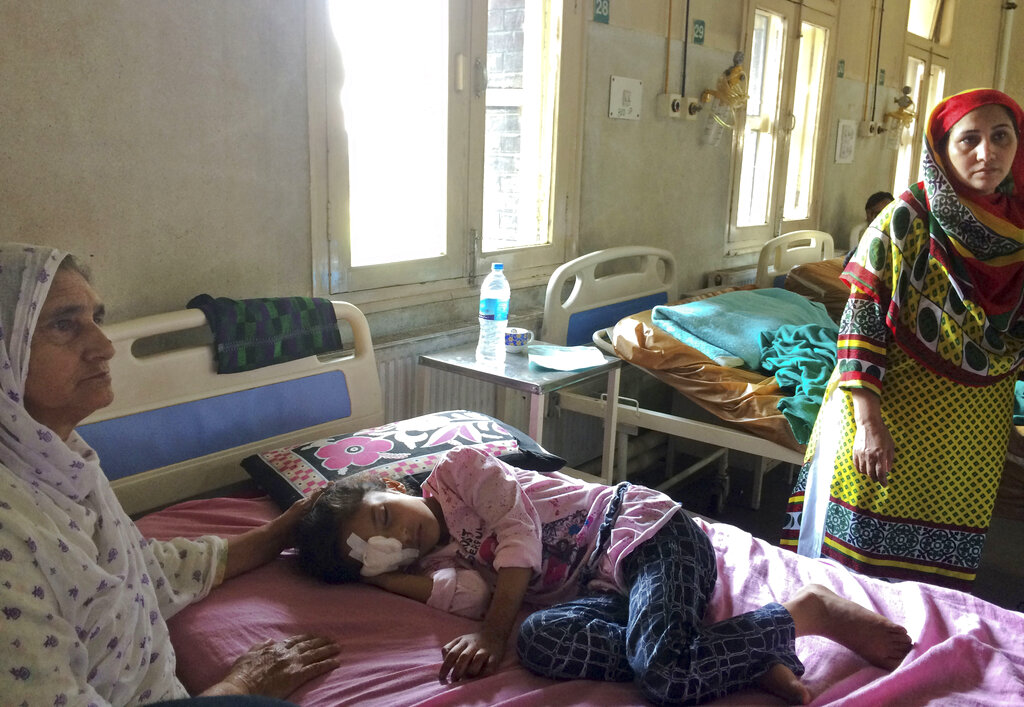 Grandmother Sara Ali, left, attends to six-year-old Muneefa Nazir, at a hospital after the girl was wounded by a marble shot from a sling used by Indian paramilitary soldiers in Srinagar, on Tuesday, August 13, 2019
(AP Photo)
The Telegraph   |   New Delhi   |   Published 19.08.19, 05:26 PM

The Indian Medical Association on Monday rubbished a Lancet editorial in which the journal had expressed concerns about the mental health of Kashmiris, saying the journal had no locus standi in the matter and that its interference was not welcome.

The body slammed the journal, founded by an English surgeon in 1823, for commenting on Kashmir, which it said was a “legacy' of British Empire.

“This is regarding the editorial ‘Fear and uncertainty about Kashmir’s future’ published in The Lancet, vol 394 on August 17, 2019. It is unfortunate that the reputed medical journal The Lancet has committed breach of propriety in commenting on this political issue. It is amounting to interference into an internal matter of Union of India. The Lancet has no locus standi on the issue of Kashmir. Kashmir issue is legacy that the British Empire left behind. The Lancet has reacted to an internal administrative decision of government of India under the garb of concern of health of Kashmiris,” the association said in a letter to Richard Horton, The Lancet 's editor-in-chief.

In an editorial published on August 17, the reputed journal of medical research had raised the issue of a mental health crisis for Kashmiris, which it said they were facing due to continuous violence between India and Pakistan.

The article, written in the wake of the recent revocation of Kashmir’s special status under Article 370 of India's Constitution, and the bifurcation of the state of Jammu and Kashmir, observed that although the state was doing better than the country as a whole on such parameters as life expectancy, its people were facing a “formidable” mental health crisis due to “protracted exposure of violence”.

“A Médecins Sans Frontières (Doctors without Borders) study in two rural districts affected by conflict stated that nearly half of Kashmiris rarely felt safe and of those who had lost a family member to violence, one in five had witnessed the death firsthand. Therefore, it is unsurprising that people in the region have increased anxiety, depression, and post-traumatic stress disorder,” the editorial read,

“Prime Minister Narendra Modi vows that his decision to revoke autonomy will bring prosperity of Kashmir. But first, the people of Kashmir need healing from deep wounds of this decades-old conflicts, not subjugation to further violence and alienation,” it added.

Kashmir lockdown: Transparency would have added to the government's credibility