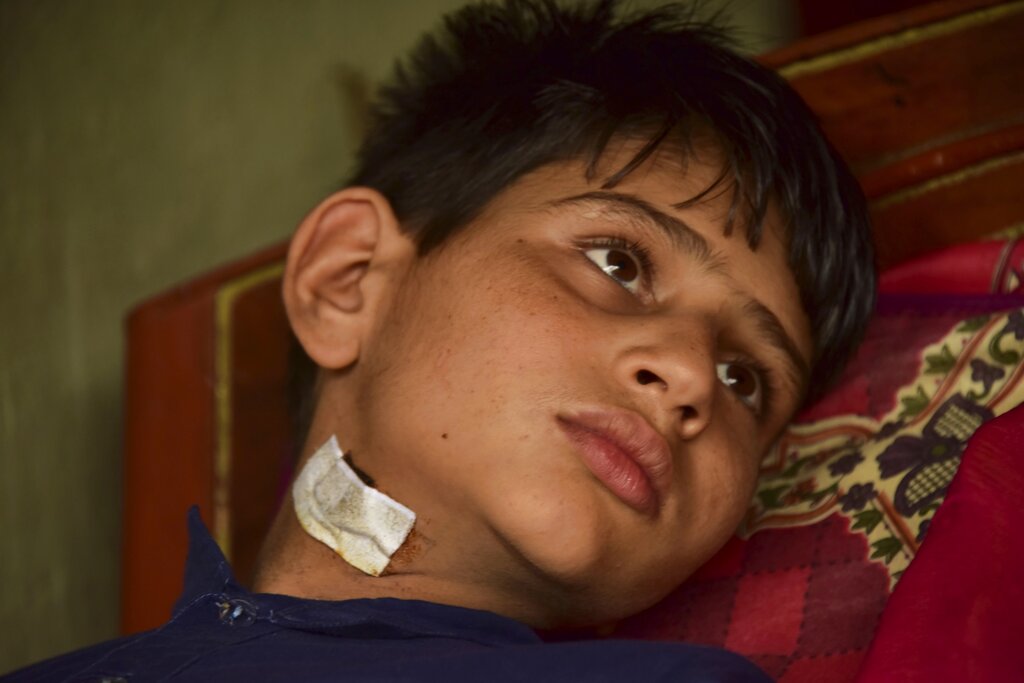 A team of civil society members has recorded testimonies about children who say they were detained and beaten in Kashmir since an ongoing lockdown erected an information blockade in the Valley.

The team members said they were denied the use of the projector of Press Club of India, where they released a report on Wednesday after touring Kashmir from August 9 to 13. At the Press Club, the team was unable to show a short film on their journey in Kashmir, which was later uploaded on YouTube.

Their report was made public at a time large sections of the mainstream Indian media have been accused of toeing the government line or have faced communication hurdles in reporting from the lockdown state which is scheduled to become a Union Territory on October 31.

The Telegraph’s journalists in Srinagar were unable to gather information and file reports in the immediate aftermath of the decision to revoke the special status and statehood of Jammu and Kashmir.

Representatives of mainstream Opposition parties have also been barred from entering Jammu and Kashmir. Against such a backdrop, the report of the four activists assumes considerable significance and helps plug an inexcusable vacuum in a democracy although critics accuse them of bias.

This newspaper tried to elicit official response to the contents of the report, messaging K. Vijay Kumar, adviser to the Jammu and Kashmir governor, and the Union government’s principal spokesperson Sitanshu Kar. Neither had responded till Wednesday night.

The following are some of the specific instances listed in the report, “Kashmir Caged”:

No faces are shown in the video, and the camera focuses on the feet of the narrators to protect their identity.

At the media conference at the Press Club of India in New Delhi, Krishnan, the secretary of the All India Progressive Women’s Association, asked a question: “Surely this is a time when we all need to stand up to pressure. If the Press Club cannot allow our footage and pictures to be screened, then who can?”

Although the Press Club allowed the venue to be booked, the team said they were not allowed to use the projector. Krishnan said they were told that the club is “under scrutiny.”

Press Club president Anant Bagaitkar, who is out of town, told this newspaper: “We did not tell them not to show this, or don’t say this.”

Bagaitkar said he was unaware why they could not use the projector. An office bearer told this paper: “We do not want to have a situation where we are forced by authorities not to have any such press conferences in future.”

In 2016, the club was investigated for an event in which Kashmiri students raised slogans for independence from India.

In Kashmir, the team was not allowed to meet CPM MLA M.Y. Tarigami, currently ill and under house arrest in Srinagar.

“At least 600 political leaders and civil society activists are under arrest. There is no clear information on what laws are invoked to arrest them, or where they are being held. A very large number of political leaders are under house arrest -- it is impossible to ascertain how many,” says the report.

Dreze said that the ratio of troops to civilians was as high as 1:10. “The purpose of the military presence is not for guarding the border, but to control the local population to prevent any protest however peaceful they may be,” Dreze said.