Advertisement
Home / Opinion / Kashmir lockdown: Transparency would have added to the government's credibility

Kashmir lockdown: Transparency would have added to the government's credibility 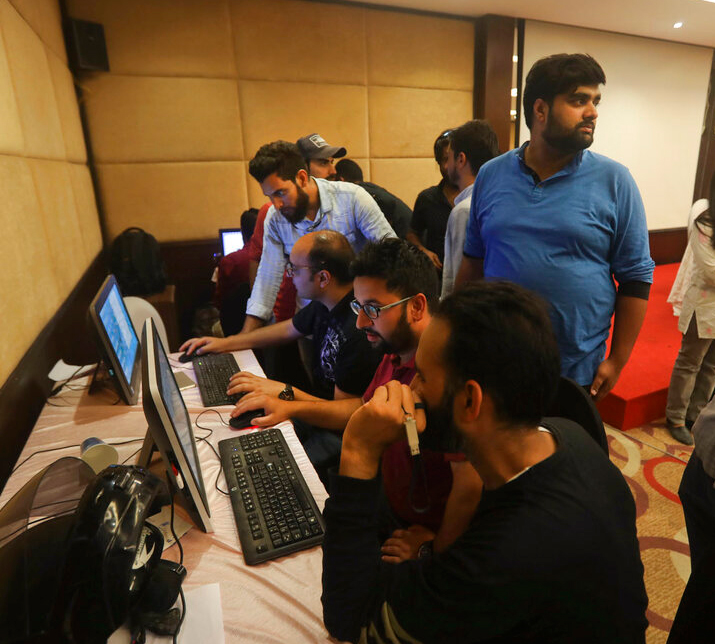 Journalists work in a media center set up by Jammu and Kashmir authorities in Srinagar on Sunday, August 18, 2019. Surely the Narendra Modi government has nothing to fear? Its high moral and nationalistic ground should leave it unperturbed by whatever may be reported from there
(AP)
The Editorial Board   |   Published 19.08.19, 03:43 AM

Silence has not yet overtaken the country. The communication blackout in the former state of Jammu and Kashmir prompted the Editors Guild of India to issue a statement five days after the Centre announced that it would become one Union territory with Ladakh carved out as another. The Guild declared, with pride, that media transparency has always been and should be India’s strength, “not fear”. This comment went straight to the heart of the State-enforced silence in Jammu and Kashmir. The suspension of everything from telecommunications to the internet not only brought about an intra-regional muteness, but also meant that no media reporting was possible from the site. Journalists from other places in the country were allowed limited entry, so that they could report a little when they left, but the worst affected were media persons within Jammu and Kashmir, who were rendered dumb by the suspension of the internet. The Guild’s statement reminded the Union government that all journalists and all Indian citizens enjoy equal freedoms.

The curtailment of media freedom is an assault on one of the staples of a democracy. The air of concession with which the Union government has announced the gradual resumption of communication systems, with some primary schools opening from today — after a total lockdown for a fortnight — exposes the present dispensation’s attitude to democratic rights. Apparently, national security is the alibi for the media blackout as well as for the induced paralysis of a people uninformed of the fact that their status in the republic was changing. But if the government is convinced of the rightness of its actions, there would have been no need to shun media transparency after the event. The Editors Guild hints at fear; surely the Narendra Modi government has nothing to fear? Its high moral and nationalistic ground should leave it unperturbed by whatever may be reported from Jammu and Kashmir at its hour of transformation. Transparency would have added to the credibility of the government; silence suggested that something was wrong. For no silence can last forever; even the unjustly dead have voices to speak for them when the time comes. Violating a right, media freedom for example, comes at a price. Not always noticeable at first.

Restrictions reimposed in Srinagar due to violence