ICMR to conduct sero-survey among contacts of monkeypox patients

India so far has reported ten cases of monkeypox 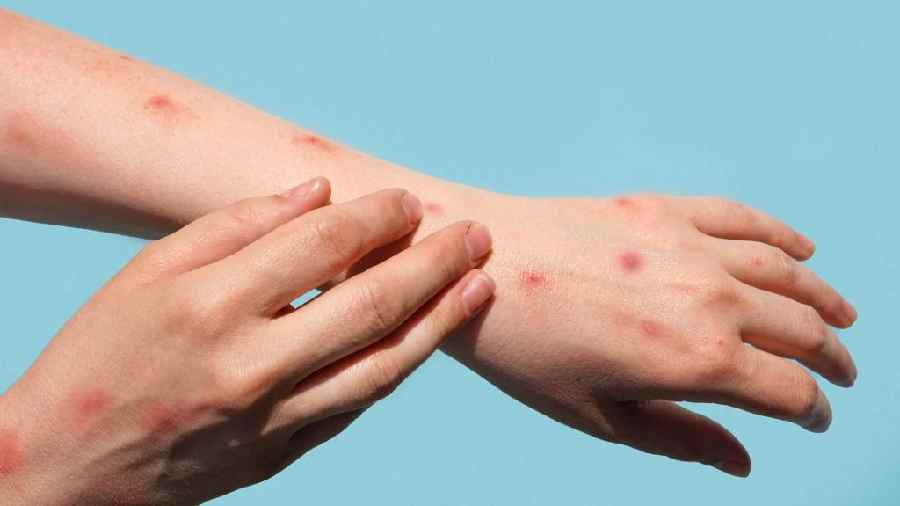 The Indian Council of Medical Research may conduct a sero-survey among contacts of monkeypox patients to check for the presence of antibodies and find out how many of them were asymptomatic, official sources said Friday.

"As of now, it is not known what is the proportion of people who stay asymptomatic of the viral infection," they said.

India so far has reported ten cases of monkeypox.

"We are thinking of conducting a sero-survey among close contacts of monkeypox-affected people in India to check for the presence of antibodies in them."

"The idea is to find out how many of them contracted the disease due to exposure to the infected and did not show symptoms. The discussions are at a very nascent stage as of now," a source said.

According to WHO, monkeypox is a viral zoonosis, a virus transmitted to humans from animals, with symptoms similar to smallpox although clinically less severe.

The symptoms include lesions which usually begin within one to three days from the onset of fever, lasting for around two to four weeks and are often described as painful until the healing phase when they become itchy. A notable predilection for palm and soles is characteristic of monkeypox, the guidelines stated.