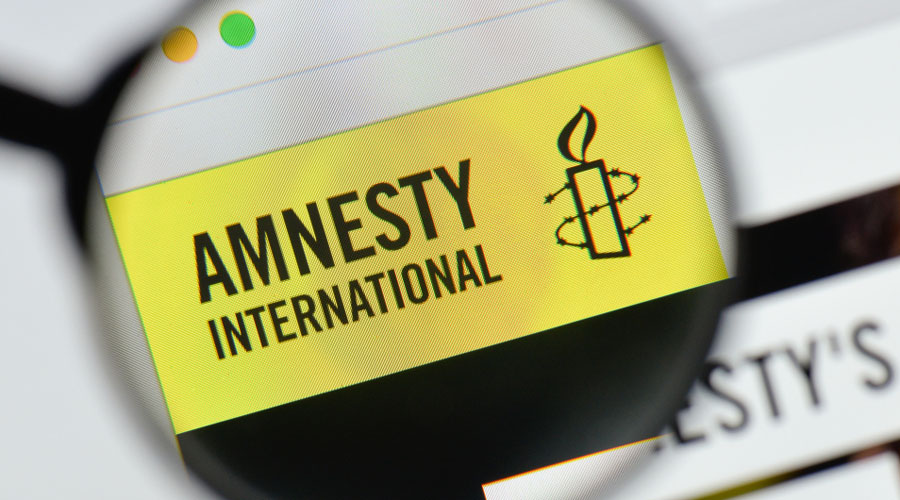 The US, UK and the European Union have expressed concern at the closure of Amnesty International India, as have a large number of international human rights organisations.
Shutterstock
Anita Joshua   |   New Delhi   |   Published 02.10.20, 04:40 AM

India on Thursday said it expected foreign governments not to condone the contravention of Indian laws by any entity, pushing back on the criticism that New Delhi had been receiving from world capitals for the closure of Amnesty International India earlier this week.

Amnesty India had cited “incessant witch-hunt” by the Narendra Modi government as the reason for halting its operations.

Referring to the home ministry’s explanation that it acted against Amnesty India for violating Foreign Contribution (Regulation) Act (FCRA) norms, foreign ministry spokesperson Anurag Srivastava said: “NGOs are expected to adhere to all our laws, including in respect to foreign funding, just as they presumably would in other countries, including in the US and the EU. We also expect that other governments would not condone contravention of Indian laws by any entity.”

Amnesty International, a Nobel Peace Prize-winning human rights organisation, has denied any FCRA violation. The home ministry has said Amnesty is free to continue humanitarian work in India, provided it does not interfere in domestic political debates as Indian law does not allow entities funded by foreign donations to do so.

The US, UK and the European Union have expressed concern at the closure of Amnesty International India, as have a large number of international human rights organisations.

While the UK and the EU have taken the matter up with the external affairs ministry through diplomatic channels in New Delhi, a US state department official told reporters in Washington on Wednesday that the issue had “received attention at the highest levels of our government”.

According to this official, not only was the US government following the development very closely, the matter was also being raised by members of the US Congress. “We look forward to a response and a resolution to a situation that’s consistent with international principles and the rule of law,” the official said.

The United States Commission on International Religious Freedom, a bipartisan federal government body, too has voiced concern. The USCIRF said in a tweet that it “is concerned by reports of the halting of operations of @AIIndia, particularly since it appears related to Amnesty’s investigations into and reporting on religious freedom violations in India”.

On Wednesday, 15 international human rights organisations had condemned the Indian government’s actions against Amnesty India and pledged to continue support for local human rights defenders and outfits against crackdowns.

In a joint statement they said the actions of the BJP government against human rights defenders, academics and student activists “increasingly mimic that of authoritarian regimes which do not tolerate any criticism and shamelessly target those who dare to speak out”.

Amnesty International India’s executive director, Avinash Kumar, had said in a statement announcing the closure on Tuesday: “The continuing crackdown on Amnesty International India over the last two years and the complete freezing of bank accounts is not accidental. The constant harassment by government agencies including ED is a result of our unequivocal calls for transparency in the government, more recently for accountability of the Delhi police and the Government of India regarding the grave human rights violations in Delhi riots and Jammu & Kashmir. For a movement that has done nothing but raise its voice against injustice, this latest attack is akin to freezing dissent.”

The Union home ministry had in a statement dismissed the allegation of witch-hunt and said that successive governments had rejected Amnesty’s repeated applications for permission to receive foreign funds.