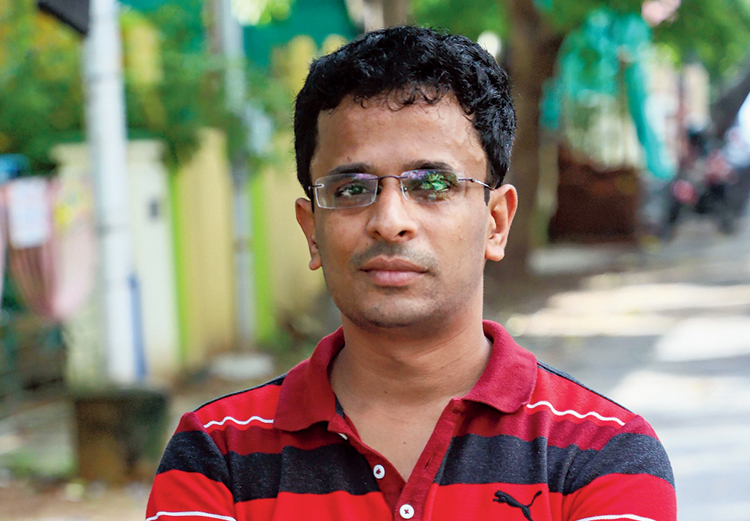 Nasa has found pieces of Vikram, the small spacecraft that India attempted to land on the moon in September. They did it with the help of an engineer from India who scoured the lunar surface in his spare time.

Vikram was part of India’s Chandrayaan-2 mission to the moon, which launched in July. If the spacecraft had reached the surface in one piece on September 7, India would have been only the fourth country to successfully put a lander on the moon. But less than two miles above the surface, Vikram veered from the planned descent trajectory and fell out of radio contact.

India’s space agency said the next day that it had located the lander. But it never published any images of the hard landing site taken by the mission’s accompanying orbiter, which remains in operation and is carrying out a scientific mission that will last for years.

A Nasa spacecraft, the Lunar Reconnaissance Orbiter, has passed over the mission’s intended landing site, on a high plain near the south pole, several times since September. But initial analyses of the images did not reveal an obvious impact scar comparable to the Beresheet lander launched by Israel this year, which crashed in April. 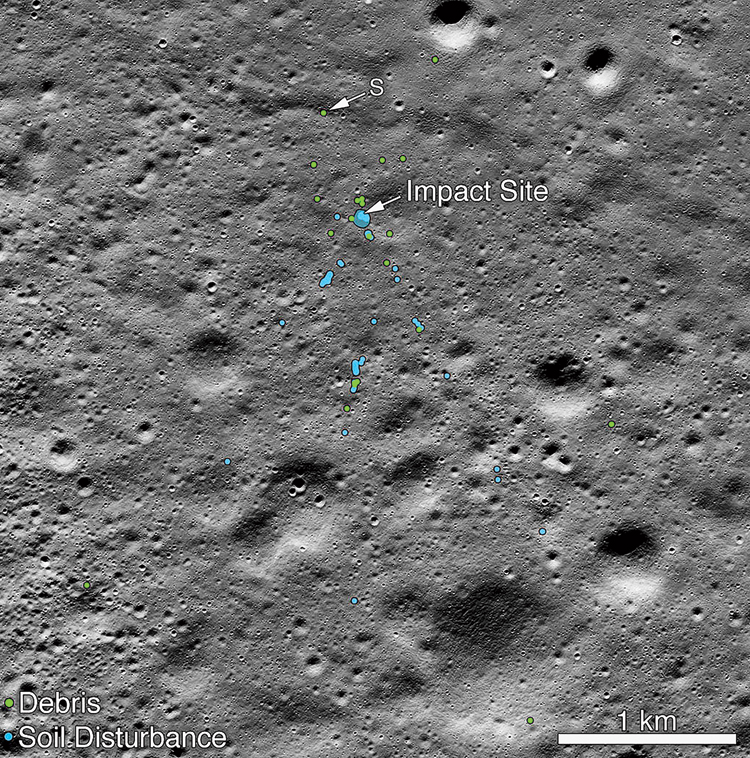 An undated picture released by Nasa on Tuesday shows a mosaic of the impact site of Chandrayaan-2 Vikram lander found by its Lunar Reconnaissance Orbiter. The blue spots show where the lander hit the moon surface and the green spots show the debris
(PTI photo)

Nasa scientists noted that the spacecraft might have been hidden in the shadows.

A lot of people were looking, including Shanmuga Subramanian, an Indian computer programmer and mechanical engineer.

“The crash landing of Vikram rekindled an interest in the moon not only for me and others also,” he wrote in an email. “I think even if Vikram had landed and sent some images, we would have never had such interest. For the first few days, I was scanning the images randomly and there were lot of false positives.”

After reviewing the last known velocity and position of Vikram, Shanmuga shifted where he was looking. He noticed a white speck on the lunar surface that was about two-thirds of a mile from where Vikram was supposed to have set down. That speck was not visible in an earlier image. He wondered if the crash might have buried the lander in the lunar soil.

Shanmuga reported what he had found to Nasa and scientists working with the Lunar Reconnaissance Orbiter’s camera, who confirmed his finding and scoured the surrounding area. Comparing images taken before Vikram’s landing attempt and those taken on November 11, they were able to identify the impact point about 2,500 feet to the southeast of the planned touchdown site, and a spray of debris emanating outward.