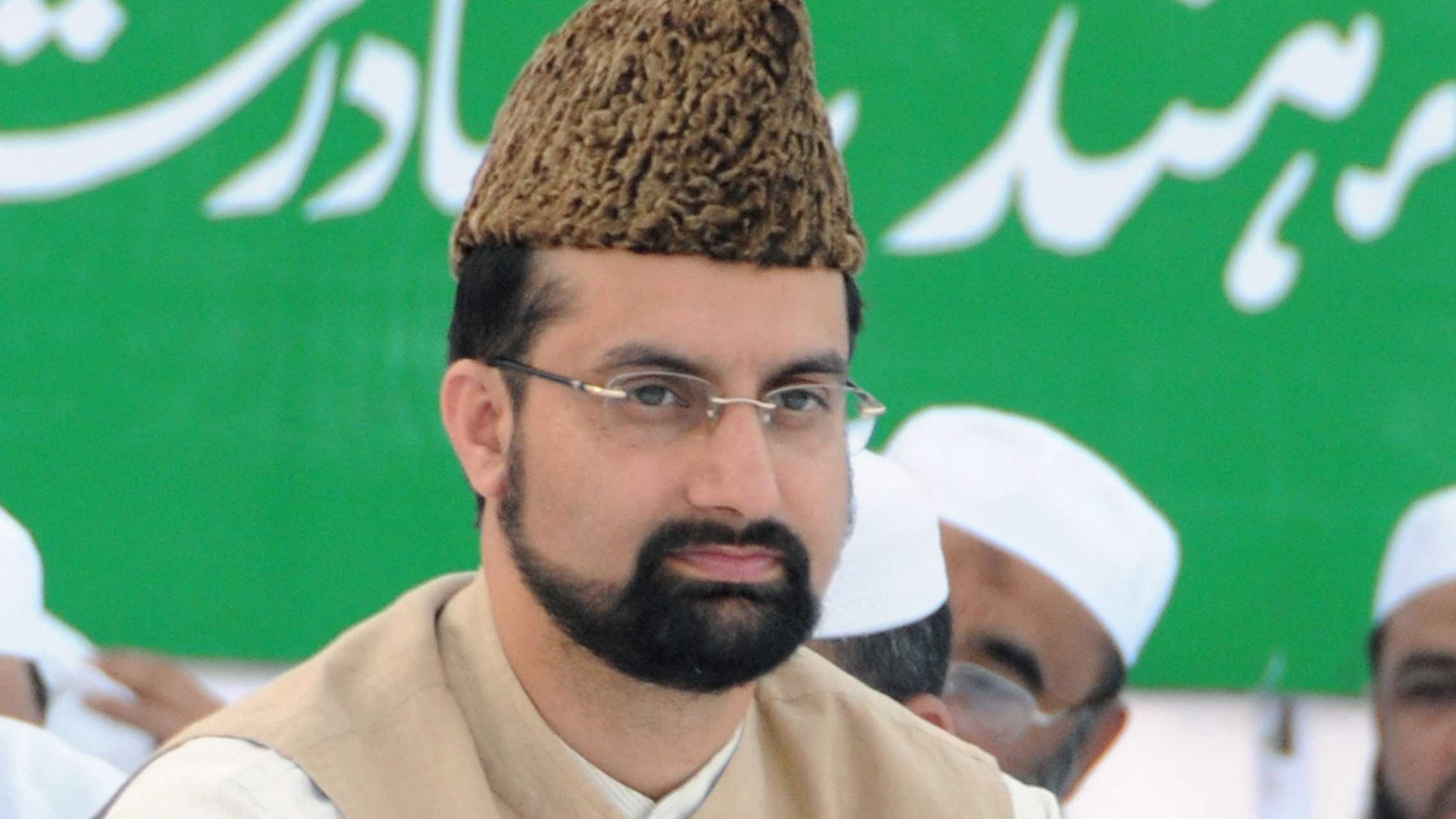 The Mirwaiz, who was provided security upon his arrival at the Indira Gandhi airport, was accompanied by other separatist leaders, including Abdul Gani Bhat, Bilal Lone and Maulana Abbas Ansari.

The Mirwaiz was asked to appear before the NIA on March 11 and March 18 but expressed his inability to join the investigation in the national capital, saying he feared for his security in view of “conditions of hostility”.

In its third summons, issued last week, the NIA promised him security.

The NIA probe seeks to identify the chain of players behind the financing of terrorist activities, pelting of stones on security forces, burning down of schools and damaging of government establishments.

The case names Hafiz Saeed, the Pakistan-based chief of Jamaat-ud-Dawah (JuD), the front for the banned Lashker-e-Taiba, as an accused. It also names organisations such as the Hurriyat Conference factions led by Syed Ali Shah Geelani and the Mirwaiz, the Hizbul Mujahideen and the Dukhtaran-e-Millat.

Ahead of his appearance before the NIA, the Hurriyat Conference held an executive meeting Sunday night and strongly condemned the move to summon the Mirwaiz. It claimed its chairman was “being deliberately harassed and there was an effort to criminalise leadership for their political stand”.

It said the Hurriyat is a coalition of political parties striving for the peaceful resolution of the Kashmir issue and to associate it with anything to do with terror is ridiculous and a deliberate victimisation for their political ideology.

'It's unfortunate that while they have always maintained that Kashmir is a political issue that needs resolution peacefully and humanely and always worked towards that end... yet rulers of the day are resorting to such tactics to harass and intimidate them under the garb of legality,” it said.

According to the statement, despite having nothing to do with the matter, the Mirwaiz through his lawyer had said he was ready to cooperate in the investigation but asked the agency to hold it in Srinagar as he had several genuine concerns, including on security in New Delhi.

'It is unfortunate that they did take into account the other concerns and are insisting on investigation in Delhi. The meeting decided that they will all accompany the Mirwaiz to New Delhi for the investigation,” it said.

The Mirwaiz or any member of Hurriyat Conference has nothing to do with the “so called funding case and it is sheer vindictiveness on the part of authorities”, it said.

The NIA had on February 26 carried out searches at premises of several leaders, including the Mirwaiz.

The probe agency questioned two maternal uncles of the Mirwaiz, Maulvi Manzoor and Maulvi Shafat, and his close aides last year. Both Manzoor and Shafat are retired senior government officers.

The Mirwaiz had informed the NIA that he was not acquainted with the subject matter of the FIR referred to in its notice and also added that the notice appears to have been issued on the basis of “fallacious assumptions and misinformation solely aimed at maligning” him.