Unemployment rate in the country had soared to 6.1%, the worst in the past 45 years 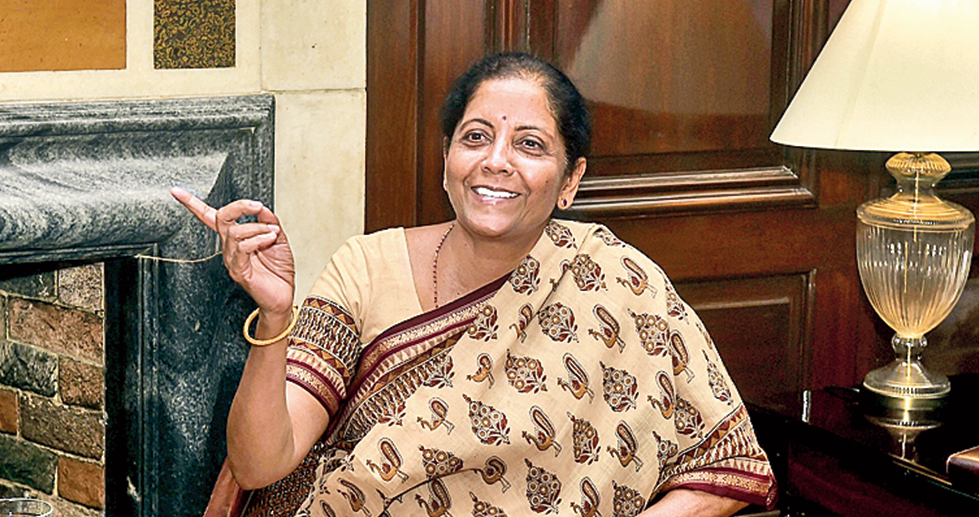 Hours after new finance minister Nirmala Sitharaman and the rest of Prime Minister Narendra Modi’s new team had trooped into their offices, the Central Statistics Office put out figures that showed the Indian economy had slowed to 6.8 per cent in 2018-19, the slowest pace of growth in the past five years.

The ministry of statistics and programme implementation has finally released numbers that the Modi government had tried to conceal since December last year, revealing that the unemployment rate in the country had soared to 6.1 per cent, the worst in the past 45 years.

In the fourth quarter of January-March, GDP growth sank to 5.8 per cent, tumbling below China’s 6.4 per cent growth in the same quarter.

A Reuters poll of economists had forecast a growth rate of 6.3 per cent for the March quarter, compared with a 6.6 per cent rise in October-December 2018.

For the past seven quarters, the Modi government has been making the claim that it has created the fastest-growing economy in the world by beating China.

Economic affairs secretary Subash Chandra Garg contended at a media conference that India still remained the fastest-growing economy if the annual growth rate of 6.8 per cent was considered. The Chinese economy had expanded 6.6 per cent in 2018, its weakest growth rate since 1990.

“We will return to growth in the second quarter (July-September) once interest rates turn favourable and there is an improvement in the liquidity situation,” Garg said while conceding that growth in the first quarter (April-June) would remain tepid.

Chief statistician Pravin Srivastava tried to play down the significance of the latest jobs data by insisting that the latest survey could not be compared with earlier ones. He refused to be drawn into a discussion on the dismal statistic of the unemployment rate rising to a 45-year high.

Two independent members of the National Statistical Commission — P.C. Mohanan and J.V. Meenakshi — had resigned in January because of a reported disagreement with the Modi government over its failure to publish the report on employment, which had been prepared in December.

Once the contents of the report were leaked, the government had attempted a damage control exercise that went horribly wrong when Niti Aayog vice-chairman Rajeev Kumar, who had been asked to defend the government, suggested the periodic labour force survey report would have to be approved by the Union cabinet. Srivastava was not present at that meeting.

Kumar’s comment had raised the horrific prospect of government interference in the preparation of the jobs data report, sparking serious worries about the integrity of the entire exercise.

The release of the latest jobs data, with figures unchanged from those that had been leaked, clearly indicated that the government had not wanted to release the report earlier as it could have hurt its election prospects.