'The requirement will be put in place in a phased manner' 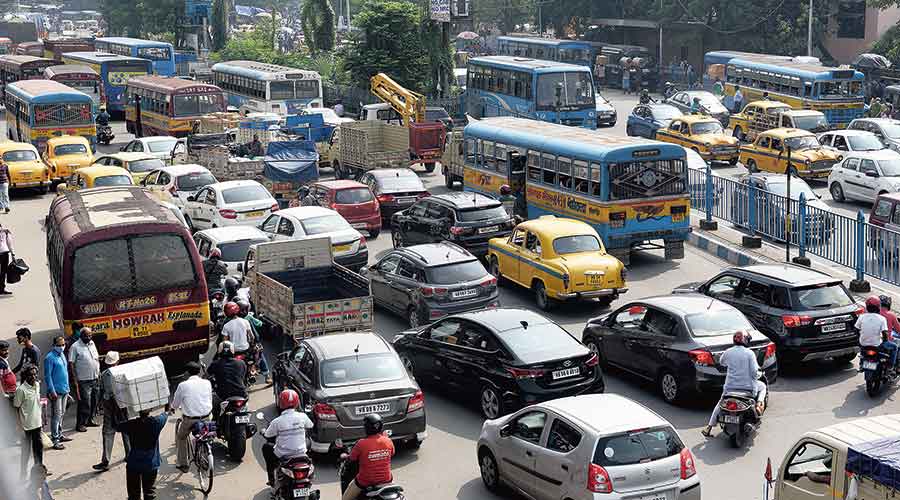 The government on Sunday proposed certain amendments in the eligibility criteria for setting up an automated testing station to check vehicles' fitness, rules to enable vehicle testing outside the state of registration and the norm to declare a vehicle as an end-of-life vehicle.

The Ministry of Road Transport and Highways (MoRTH) in a statement said it has issued a draft notification dated March 25, 2022 to bring certain amendments in the rules for "Recognition, Regulation And Control of Automated Testing Stations (ATS), which were earlier published on September 23 2021.

"These draft rules propose amendments in the following aspects -- eligibility criteria for establishing these stations, automatic transmission of test results from equipment to the server, enabling vehicles registered in one state to be tested in another state, and the criteria to declare a vehicle as end-of-life vehicle," it said.

An ATS uses mechanical equipment to automate the various tests required to check the fitness of a vehicle.

According to the statement, certain new equipments have been added for the testing of electric vehicles.

"A new standardised format has been added for test results," the statement said, adding that the endeavour is to promote ease of doing business.

The notification will remain in the public domain for 30 days for comments and suggestions from all stakeholders, it said.

The government plans to make fitness testing of vehicles through ATS mandatory in a phased manner, starting from April next year.

The requirement will be put in place in a phased manner. Fitness testing for heavy goods vehicles and heavy passenger motor vehicles through an ATS will be mandatory from April 1, 2023, as per the draft notification.

Last year, the ministry had said that entities like special purpose vehicles, state governments, companies, associations and body of individuals may be allowed to open ATS for testing fitness of both personal and transport vehicles.

Fitness testing for personal vehicle (non-transport) is done at the time of renewal of registration (after 15 years).

Prime Minister Narendra Modi had launched the National Vehicle Scrappage Policy in August last year, and had said it will help phase out unfit and polluting vehicles and also promote a circular economy.

The vehicle scrappage policy will come into effect from April 1, 2022.