Lockdown imposed in Jammu and Kashmir had entered its 57th day, causing untold hardships to the general public 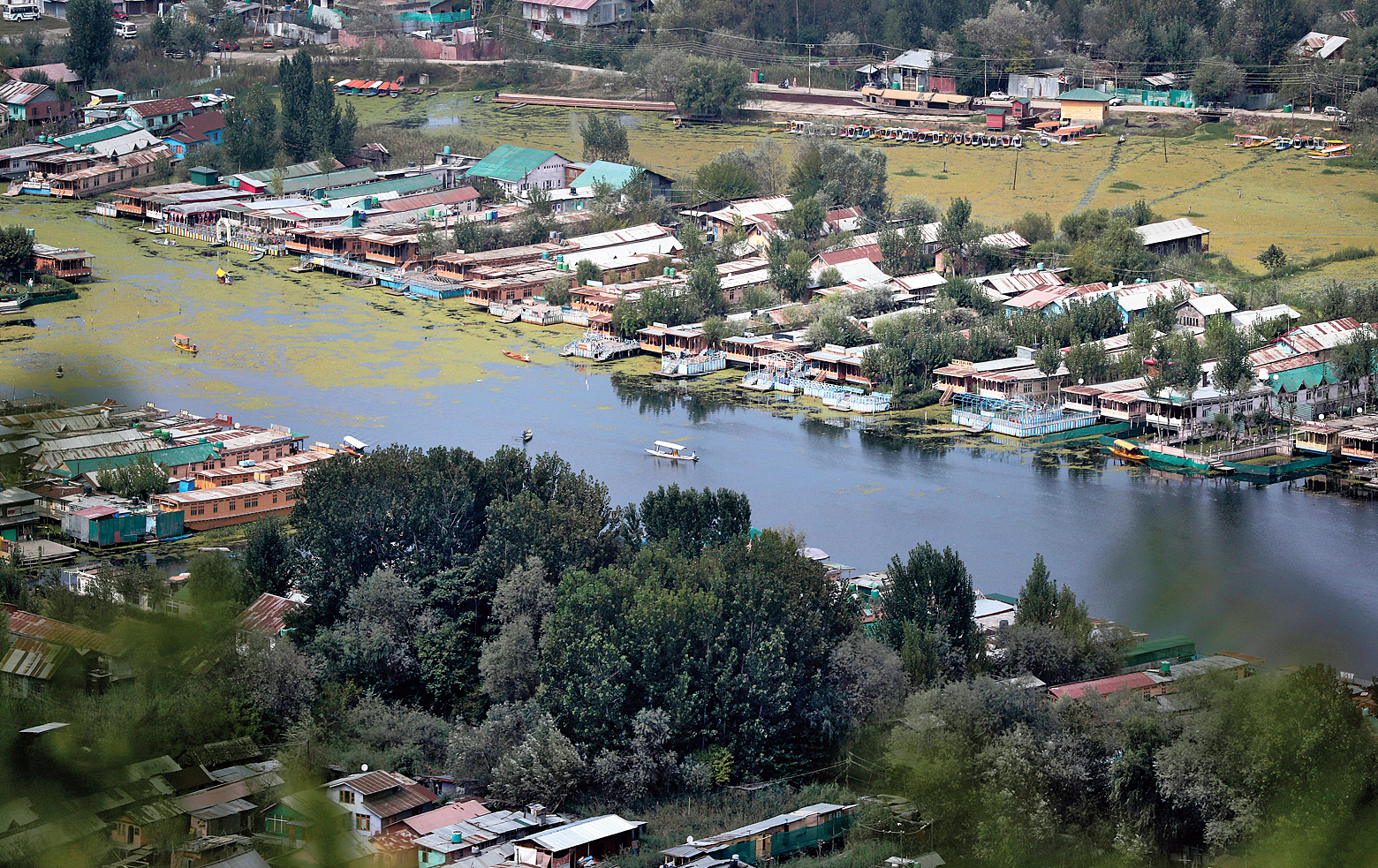 The Centre on Tuesday stoutly defended its decision to continue with the restrictions on the use of Internet and mobile phones in Jammu and Kashmir, citing serious security concerns and claiming that easing the curbs would open the floodgates for fake news from across the border.

“I object to their plea for removal of restrictions on the Internet. The country will be flooded with fake news from across the border if Internet is restored in Kashmir…. There will also be a barrage of WhatsApp messages from across the border,” solicitor-general Tushar Mehta told a three-judge bench of Justices N.V. Ramana, Sanjiv Khanna and Bhushan Gavai.

The bench had assembled to deal with a batch of petitions challenging the restrictions imposed by the government in Jammu and Kashmir from August 5. The three judges are part of a five-judge constitution bench hearing petitions related to the constitutional validity of the scrapping of the state’s special status enshrined in Article 370.

The three-judge bench held a separate hearing after the five-judge bench sat on Tuesday as these petitions have been filed by individuals on the day-to-day inconveniences faced by the people of the state.

Arora and Grover had complained that the lockdown imposed in Jammu and Kashmir had entered its 57th day, causing untold hardships to the general public, who had been deprived of adequate medical care, besides not having access to the Internet and cellphone services.

Justice Gavai questioned the locus standi of Poonawala to interfere in the matter even as Arora submitted that he was a “public-spirited person”.

Justice Gavai asked: “Is he the same person who had filed a petition against one of us (judges) making some allegations in the Nagpur case?”

Justice Gavai was referring to a petition filed by Poonawala in 2018 seeking an independent probe into the allegedly mysterious death of special CBI judge B.H. Loya, who had been dealing with the Sohrabuddin Sheikh fake encounter killing case. Days after a new judge took over, BJP chief Amit Shah had been discharged in the case.

Mehta questioned the intentions of the petitioners to seek immediate restoration of Internet, pointing out that when Hizb-ul Mujahideen commander Burhan Wani was killed by the security forces in 2016, Internet had remained suspended in Jammu and Kashmir for three months but no such plea had been filed then.

“They are constantly citing 57 days…. In 2016, when a terrorist was gunned down, Internet remained shut for three months for the safety of the people. Where were these people then?” Mehta asked.

Arora countered the argument, asking: “Can we push human rights under the carpet?”

Senior advocate Sanjay Hegde, appearing for some of the petitioners, argued that “liberty does not mean mere animal existence”. He said people should be allowed to communicate with each other.

Senior advocate Dushyant Dave mentioned an application filed on behalf of the Foundation for Media Professionals, which he said represented the cause of over 2,500 senior journalists and which has demanded removal of the restrictions. Mehta offered to file his response to the organisation’s plea.

Justice Ramana, heading the bench, said the court would not entertain any more petitions or intervention applications, saying Jammu and Kashmir High Court was functioning and its chief justice had already sent a report to the apex court that there was no hindrance to litigants approaching the high court.

Justice Ramana suggested that petitioners seeking relief at the level of the individual should approach the high court.

The judge pointed out that the top court had already passed certain interim orders for granting access to Tarigamy when Yechury had filed the petition and also that the ailing leader from Jammu and Kashmir had been given requisite medical assistance at AIIMS in New Delhi.

Senior advocate Raju Ramachandran, appearing for Yechury, clarified that he was now challenging the validity of Tarigamy’s detention since August 5. The court asked the Centre to file its response on Yechury’s plea.