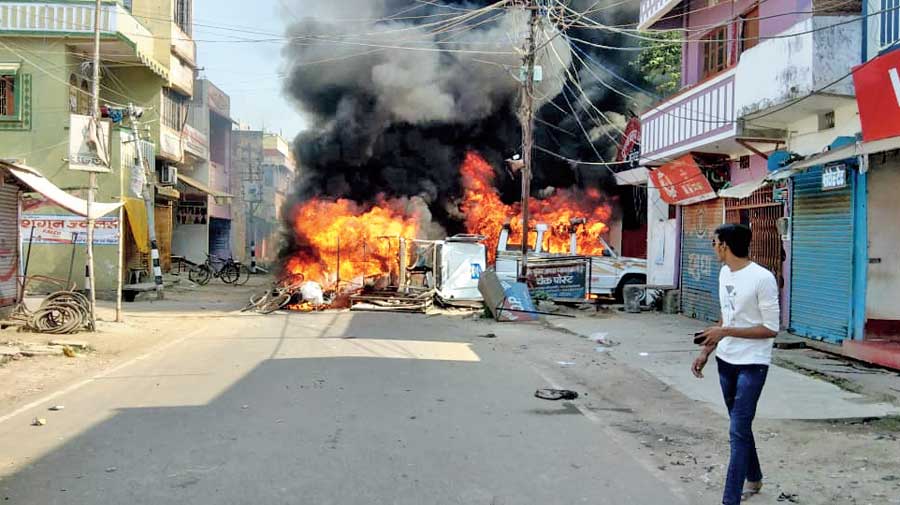 Monday’s firing had killed a young man and left dozens injured from the shooting, the resultant stampede, and follow-up police beatings in the town, about 200km east of Patna.

The police have denied firing and alleged the shots were fired by criminals from within the crowd. The poll panel has ordered a probe. 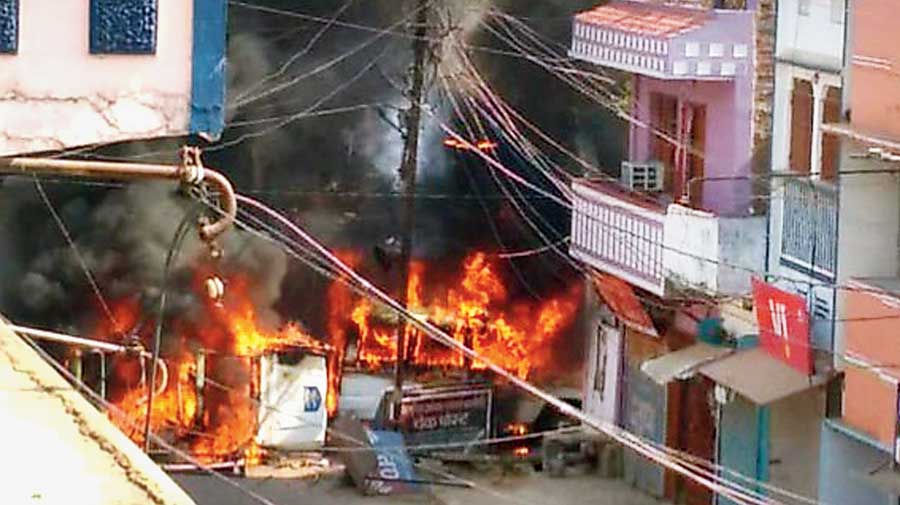 Several videos and photographs posted on social media claim to show the police brutally beating up people who had been sitting peacefully on the ground around an idol.

“The EC has ordered immediate removal of the SP and DM of Munger,” additional chief electoral officer Sanjay Singh said.

“It has also ordered an inquiry by Magadh divisional commissioner Asangba Chuba Ao, which has to be completed within the next seven days.”

SP Lipi Singh, a 2016-batch IPS officer, is the daughter of R.C.P. Singh, a Rajya Sabha member from the ruling Janata Dal United and a former IAS officer. Lipi’s plum postings have long prompted murmurs in the police.

Thousands hit Munger town’s streets around noon on Thursday and attacked the SP’s office. They vandalised the residence of the sub-divisional officer and went on the rampage at Purabsarai police station, in whose area Monday’s alleged police atrocities happened.

Soon, several other police stations too faced attacks. Government buildings were stoned by people chanting slogans against the administration. Several vehicles, including some belonging to the police, were torched.

Reinforcements were sent to control the situation and a flag march was held. 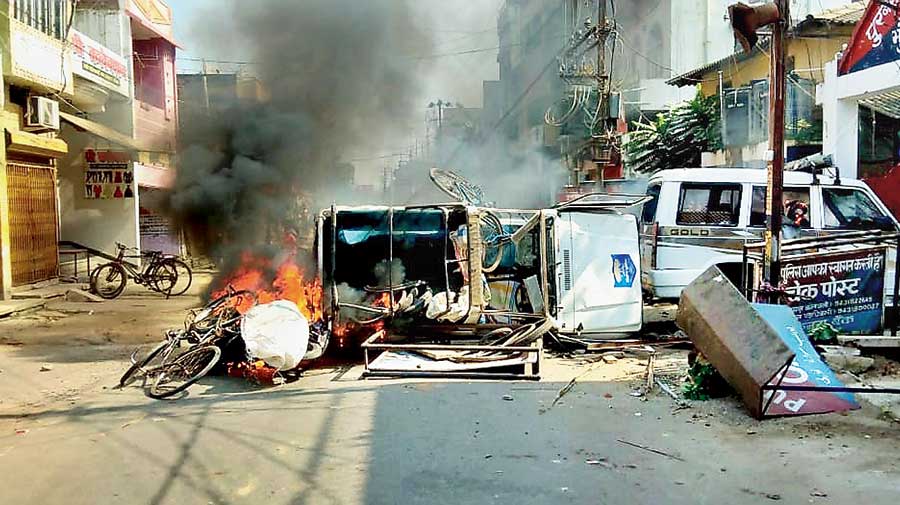 Local people said the protesters were demanding justice for the young man killed in the firing and for the peaceful devotees beaten up by the police.

“They waited three days for justice, refraining from disturbing Wednesday’s voting. Then they lost patience,” a source said.

A Munger resident blamed Monday’s violence on the police’s decisions. He said the force had kept prodding a group of devotees, who were carrying the town’s celebrated “Badi Durga” idol on their shoulders for immersion, to move faster.

“The devotees got tired, put the idol down, and sat down around it to rest. The police kept pressuring them to resume the journey but they were too exhausted,” he said.

“At this, the police ordered other immersion processions to overtake the Badi Durga.” 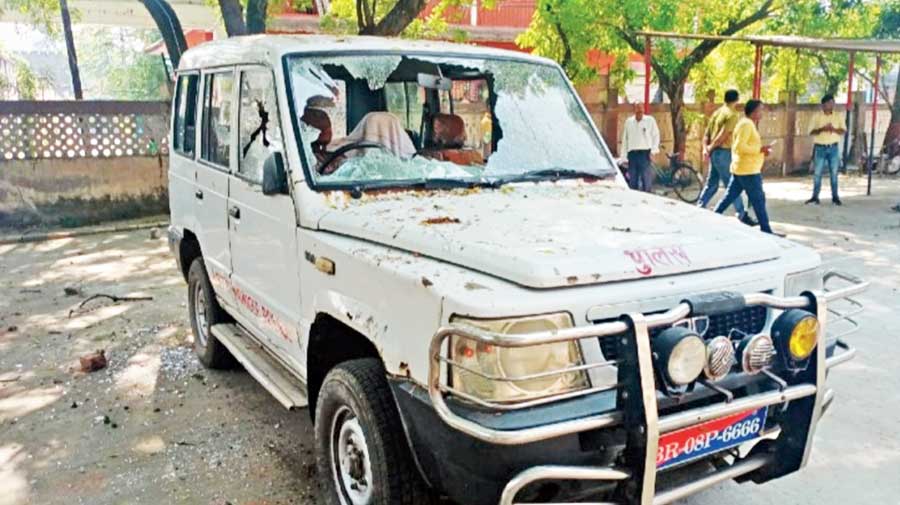 Such overtaking of the Badi Durga was a breach of tradition and triggered an argument, prompting the police to fire into the crowd and set off a stampede of sorts, the Munger resident said.

“The police then caned the devotees,” he said. “The idol was eventually immersed without the traditional rituals.”

Some of the Badi Durga organisers said the district administration had earlier refused their request to allow the immersion on Thursday after the voting had ended.

The Rashtriya Janata Dal and the Congress have criticised the administration, saying better management would have averted Monday’s violence.

The police action has been trending heavily on various social media platforms since Monday, with some netizens comparing the Munger SP to Brigadier General Reginald Dyer who had ordered the Jallianwala Bagh firing in Amritsar in 1919.