Four prisoners who escaped from Meghalaya jail killed by mob

Village headman says around 3 pm, when one of the criminals went to a tea shop to buy food, he was identified by the locals and the entire area was alerted 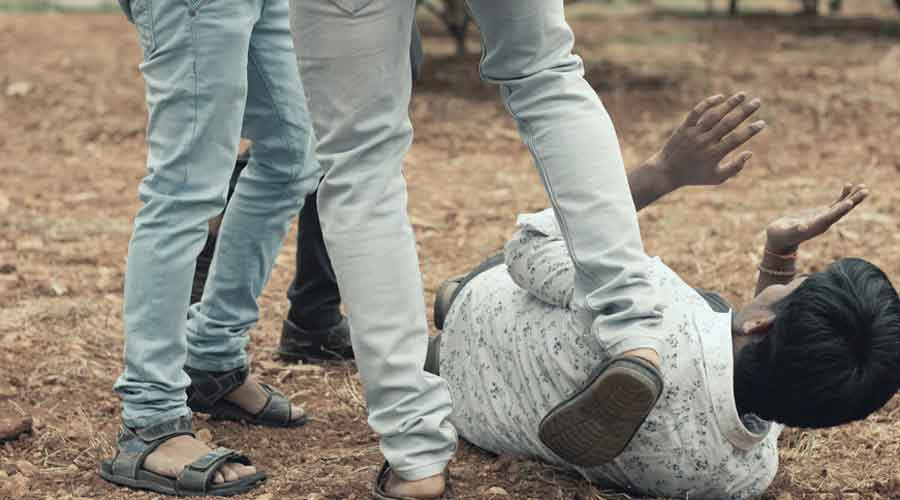 Four undertrial prisoners, who escaped from jail, were allegedly killed by a mob in Meghalaya's West Jaintia Hills district on Sunday, police said.

A group of six prisoners escaped from the Jowai jail on Saturday after they overpowered the jail staff, and five of them reached Shangpung village on Sunday, about 70 km away, they said.

Around 3 pm, when one of the prisoners went to a tea shop to buy food, he was identified by the locals and the entire area was alerted, village headman R Rabon told PTI.

A large number of people turned up and chased the group of prisoners to a nearby forest. A purported video of the incident showed angry villagers, armed with sticks, apprehending the prisoners and beating them mercilessly.

Four prisoners died in the attack while one managed to escape, Rabon said.

Inspector-General of Prisons JK Marak said, "It is true that a group of villagers apprehended four of the escaped prisoners and subsequently lynched them. Our officers have reached the area and I am awaiting more information."

"We are ascertaining their identities but I am told that I love you Talang is among those dead," he added.

Officials said that Ramesh Dkhar managed to escape from the mob, while the sixth prisoner was nowhere to be seen during the attack.

I love you Talang and Ramesh Dkhar were arrested in the murders of taxi drivers Damehipaia Papeng and Fullmoon Kharsahnoh in August, police said.

Superintendent of Police of West Jai tia Hills BK Marak said police officers are at the spot and "conducting spot inquiry and other necessary formalities".

"A case has been registered in the Jowai police station against the prison staff and five of them have been arrested so far. Among the arrested prison staffers are one head warden and four wardens," he said.