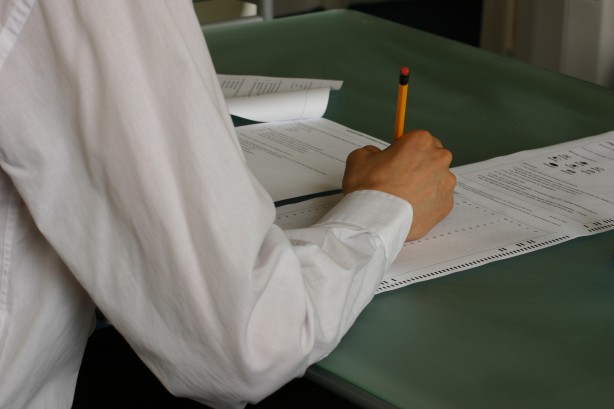 Four candidates scored 715 out of 720 marks, the highest this year in medical entrance exam NEET. However, they did not share the top rank, unlike last year.

The National Testing Agency used a new tie-breaker policy to award the first rank to Tanishka from Rajasthan. Delhi's Vatsa Ashish Batra is at the second spot while Hrishikesh Nagbhushan Gangule and Rucha Pawashe from Karnataka have been ranked third and fourth respectively.

According to NTA officials, nine factors in a pre-decided order have been used as a tie breaker to decided the ranks.

"In case there is still a tie between the candidates, candidate older in age, followed by their NEET application number in ascending order will be used as a tie breaker. It is important that every candidate gets a unique rank for counselling purposes and hence no two candidates have been tied at the same rank this year," the official added.

Last year, three candidates had shared the top rank. The candidates were Mrinal Kutteri from Telangana, Tanmay Gupta from Delhi and Karthika Nair from Maharashtra.

"Earlier also there was a tie-breaker formula but despite that three candidates were jointly awarded the first rank last year. From this year, we decided to adopt a new policy," the official said.

About 95 per cent attendance was recorded in the entrance examination held on July 17 at 3,570 different centres in 497 cities across the country and 14 cities outside India.