They described the move as 'defective, bad in law, in bad faith and liable to potential misuse' by the State 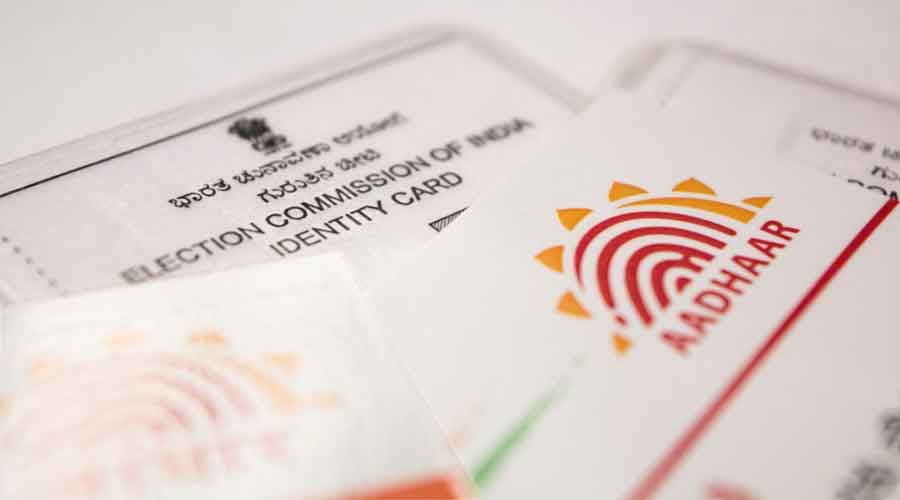 Over 100 retired senior bureaucrats on Wednesday called for “strong judicial intervention” to stop the Centre’s plans to link the voter identity card with Aadhaar following the passage of amendments to the Representation of the People Act during the winter session of Parliament.

They described the move as “defective, bad in law, in bad faith and liable to potential misuse” by the State.

On the premise that it was necessary to clean up the electoral rolls, the government had pushed through the amendments amid opposition within and outside Parliament to the linking of election identity cards with the Aadhaar ecosystem.

In an open statement issued from the platform of Constitutional Conduct — the collective they formed a couple of years ago — the retired civil servants said: “The requirement of Aadhaar verification, even if voluntary, from a prospective or registered voter implies the superimposition of a government-issued identity card for identity and address verification that could seriously undermine the independence and integrity of the ECI and cast doubts on the fairness of the entire electoral process.”

The open statement underlined that Justice B.N. Krishna, who chaired the committee that drafted the Data Protection Bill, had condemned such linking as “the most dangerous situation”.

The statement warned that the experience of using Aadhaar to clean up database registries of government programmes like the MGNREGA and the PDS have resulted in mass disentitlement because of arbitrary deletions from the system without notice.

It contended that the measure would not help clean up the electoral rolls because Aadhaar cards are issued without proof of citizenship, raising the possibility of non-citizens getting registered as voters if the UIDAI is used as the only proof.

Although the amendments introduced by the Centre for now say that no application for inclusion of one’s name in the electoral rolls shall be denied and no entries in the rolls shall be deleted for the inability to furnish an Aadhaar number, the wording of the new law allows the government to make rules that do not require Parliament’s approval.

“A rule can, therefore, easily be introduced making the furnishing of Aadhaar numbers a prerequisite for voter enrolment. The scope for large-scale deletion of names from the electoral rolls can then become a distinct possibility, given that many existing voters may not (or may choose not to) furnish their Aadhaar details to the Electoral Registration Officer,” the statement said.

It referred to the way people were coerced to link their bank accounts with their Aadhaar numbers, despite the apparent “voluntary” nature of the executive directions and the specific orders of the Supreme Court.

Add to this the possibility of illegal profiling and targeting of voters on the basis of their Aadhaar details. “It is instructive to learn from the recent experience of Andhra Pradesh and Telangana, where software residing in the State Resident Data Hub (SRDH) of the state governments and maintained by a private company was used by the governments to provide information on duplicate voters to the Chief Electoral Officers of the states, a clear violation of electoral laws.”

In all, 104 retired bureaucrats signed the open statement. The signatories include former foreign secretaries Shyam Saran and Sujatha Singh, former Union home secretary G.K. Pillai, former coal secretary Chandrashekhar Balakrishnan, several former ambassadors and a host of others who once held the senior-most posts in the bureaucracy.