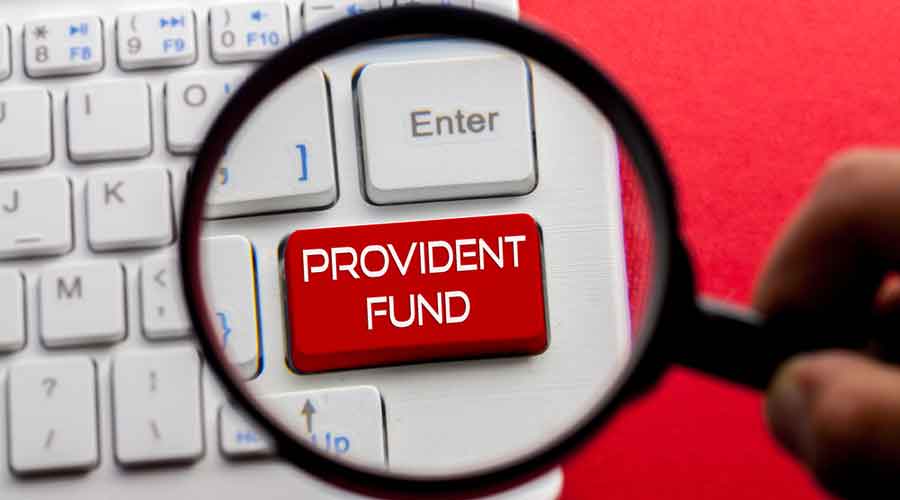 The Employees’ Provident Fund Organisation (EPFO) has dealt a crushing blow to salaried individuals by proposing to slash the interest rate on deposits to a four-decade low.

The new interest rate — the lowest since 1977-78 when it was fixed at 8 per cent — will now have to be approved by the Union finance ministry.

The decision was taken by the EPFO’s Central Board of Trustees (CBT), which held talks in Guwahati over the past two days.

The EPFO had 24.49 crore members as of March 31, 2021. All of them belonged to the 15.93 lakh unexempted establishments that are mandatorily required to deduct a part of the salary and deposit the amount, along with their matching contribution, with the retirement fund.

There are 3,480 exempt establishments with 1.39 crore members that are required to set up their own provident funds and pay the same rate of interest as the EPFO.

Labour minister Bhupendra Yadav said the EPFO’s central board had decided on the interest rate keeping in mind the “international situation and condition of the equity market”. The EPFO cannot make very risky investments, he added.

The move sparked howls of protest with Congress general secretary Randeep Singh Surjewala terming it a “return gift” to the country’s voters after the BJP’s recent election victories in four states.

CPM general secretary Sitaram Yechury said: “Post the Assembly election results, the Modi government mounts further attacks on the working people with a vengeance. Resist this attack that comes in the background of mounting hardships with job losses, price rise, etc, with all our might.”

The trade union representatives in the CBT had opposed the proposal at the meeting.

“Representatives of trade unions such as the HMS, Citu and the Aituc opposed the proposal tooth and nail at the meeting. But the labour ministry insisted that a higher interest rate will not be effective at the moment given the financial constraints faced by the Centre,” a CBT member said.

A trade union representative in the CBT said: “This government has reduced the interest rate steadily in the last seven years. This is another attack on the workers.”

Ordinary citizens were equally incensed. “A big blow to the salaried people in the era of inflation! The only way to treat this #ModiVirus is to realize how dangerous they are…!,” tweeted Y. Satheesh Reddy.

“Surgical strike on hardworking employees,” tweeted another netizen who called himself Westley.

The EPFO routes its investments in the equity market through the SBI Mutual Fund and the UTI Mutual Fund. The allocation of funds between the two MFs is in the ratio of 75 per cent and 25 per cent.

The EPFO invests 85 per cent of its annual accruals in debt instruments, including government securities and bonds, and 15 per cent in equity through ETFs (exchange-traded funds) and mutual funds. The earnings from both debt and equity are used to calculate the interest payment.

The retirement fund invests 10 per cent of its total annual investments in ETFs that replicate the portfolio of the Sensex or the Nifty 50.

The EPFO appears to have already made a killing in the markets as it has liquidated some of its investments this year -– and the government seems to suggest that even this lower interest rate of 8.1 per cent may not have been possible if it had not cashed out its gains.

“For FY22, the EPFO decided to liquidate some of its investment in equities and the interest rate recommended is a result of combined income from interest received from debt investment as well as income realised from equity investment. This enabled the EPFO to provide a higher return to its subscribers and still allowed the EPFO with a surplus to act as a cushion for providing a higher return in the future also,” the ministry said.

Similarly, the one-year return on the UTI Nifty ETF is ruling at 10.83 per cent while the return on its Sensex ETF is 9.34 per cent.

The slight discrepancy in the returns between the two funds is explained by the portfolio managers timing decisions to buy or sell stocks even as they cleave as closely as possible to the index portfolios.

“The interest rate was fixed based on the earnings. It’s been a difficult year. Other than earnings from debt, we managed to get some corpus from the ETF sale before the Ukraine war, which gave us some cushion. The corpus has gone up 13 per cent but the interest income is up only 8 per cent,” K.E. Raghunathan, CBT member, said.

Raghunathan said the EPFO would close the current financial year with a surplus of around Rs 450 crore after paying interest at the proposed rate of 8.1 per cent. “It is more important to have safety of investments than high return on investment,” he added.