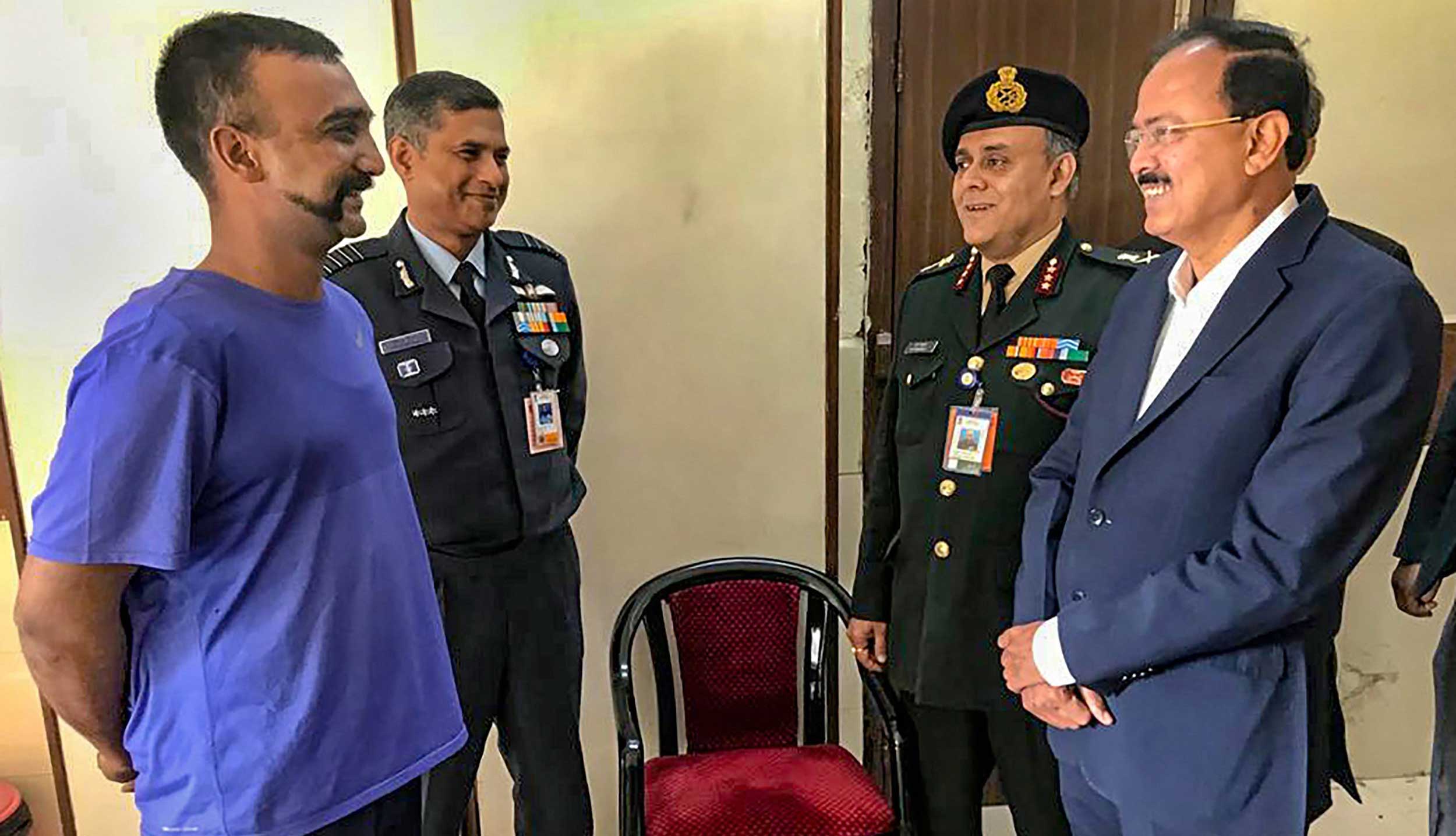 Two days ago, a former navy chief had written to the poll panel to “immediately intervene” after BJP posters in several states featured an image of Wing Commander Abhinandan Varthaman, recently released by Pakistan after his fighter jet was shot down over its airspace.

Commission spokesperson Sheyphali Sharan tweeted the 2013 letter to the parties. The bar on the use of pictures of defence personnel is also an “instruction” in the model code of conduct, which comes into force as soon as elections are notified.

The 2013 “general advisory” was sent to the presidents and general secretaries of national and state political parties after the defence ministry complained that “photographs of the defence personnel are being used by the political parties, their leaders and candidates in advertisements as part of their election propaganda”.

The advisory says: “It is therefore necessary that the political parties and leaders exercise great caution while making any reference to the armed forces in their political campaigns. The commission is of the view that photographs of (the) chief of army staff or any other defence personnel and photographs of functions of defence forces should not be associated with or used in any manner in advertisement/ propaganda/ campaigning or in any other manner in connection with elections by political parties and candidates.”

It advises the parties to “desist from displaying photographs of defence personnel”.

She wrote: “Once model code of conduct comes in force, commission would take strictest action in such cases, if the instructions are violated.”

Delhi BJP spokesperson Praveen Shankar Kapoor told The Telegraph: “The Delhi BJP will abide by any guideline issued by the EC (Election Commission). Henceforth, we will not print any such posters. Once the MCC (model code of conduct) comes into force, local bodies will anyway be removing any such posters.”

On Thursday, retired Admiral L. Ramdas wrote to the poll panel “on behalf of a number of my colleagues from the armed forces veterans”.

“I share our collective sense of dismay and deep concern at how some political parties are brazenly pushing their agenda using images, uniforms and other examples, showing pictures of the armed forces with political figures, in public spaces, in media, election rallies and so on,” he wrote.

“This is completely unacceptable since it has the potential to destroy the very foundations and value system of our armed forces, drawn from the vision, the spirit and intent of the Indian Constitution.”

Ramdas attached a photo of a BJP poster — similar to the one in Delhi — that has come up in Mumbai’s Colaba area, home to a large naval base. The poster was taken down after citizens’ groups objected.

Former chief election commissioner S.Y. Quraishi, under whose tenure the advisory was issued, told this newspaper: “The parties don’t have to wait for the model code to follow guidelines. This needs to be highlighted. The EC can direct authorities to act but normally waits for the MCC to come into force so that it can mobilise the requisite forces and government machinery to enforce it.”

On Saturday night, the commission released a letter sent to the parties earlier in the day reiterating the 2013 advisory. The letter said: “The commission hereby reiterates the above instruction for strict compliance.”

The poll panel is yet to declare the dates for the Lok Sabha elections. Modi has inaugurated several projects over the past two days --- an activity that will have to stop once the polls are notified and the model code of conduct kicks in.