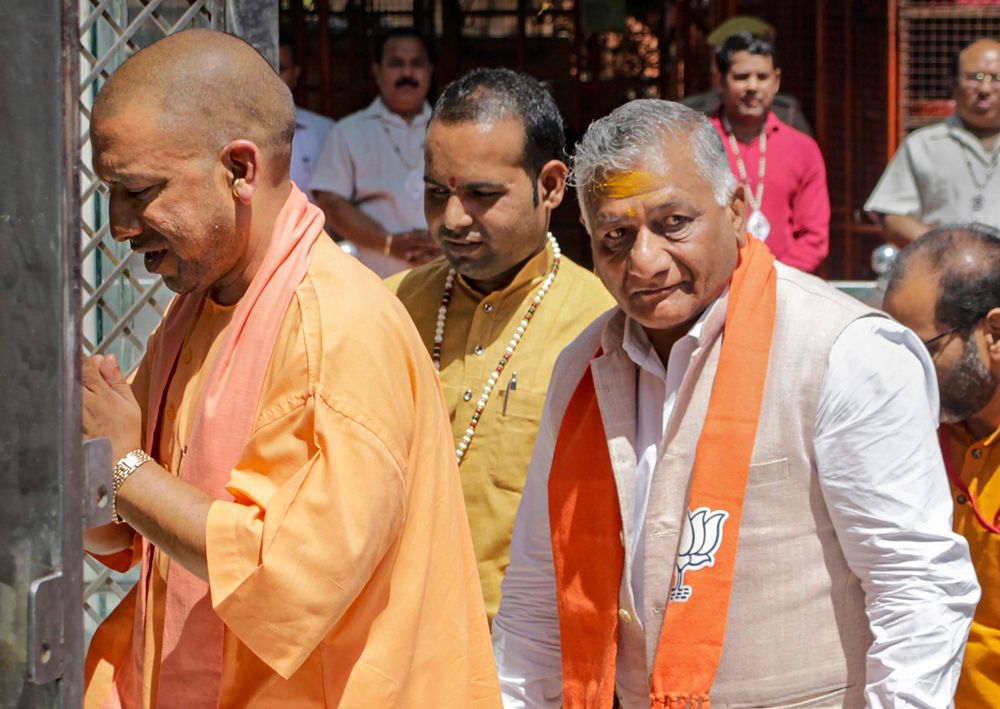 When Union minister V.K. Singh said that anyone describing the Indian Army as “Modiji’s army” was a “traitor”, some social media users had wondered if Uttar Pradesh chief minister Yogi Adityanath would now be tried for sedition.

The Election Commission responded on Friday by warning Adityanath.

“The commission is not satisfied with Shri Yogi’s clarification. Hence, Shri Yogi Adityanath is advised not to use matters related to the army for political purposes and be cautious in the future,” the commission said.

No further action will be taken against him. The election code does not have a punishment prescribed for the rule violation.

Adityanath had told an election rally that “Modiji’s army” was attacking terrorists with bullets and mortar shells. Asked to comment on that, Singh was quoted by BBC News Hindi as saying the Indian Army was India’s, and anyone describing it as “Modiji’s army” was a traitor.

Kumar, reacting to the Congress’s minimum income guarantee scheme, had told Asian News International: “It’s an old pattern followed by Congress. They say and do anything to win elections.”

On this, the commission said: “Public servants should not only be impartial in their conduct but also in their public utterances, which was found wanting in the instant case. The commission has therefore decided to convey its displeasure to you for your comments and expects that you shall exercise caution in future.”No further action will be taken against him, either, unlike Andhra Pradesh chief secretary Anil Chandra Punetha who has been replaced for defying the poll panel’s orders to transfer three officials.

A Union minister, Mukhtar Abbas Naqvi, had repeated Adityanath’s comments in Rampur but his ministry colleague V.K. Singh had criticised it.

Punetha has been replaced with L.V. Subramanyam, Andhra’s senior-most IAS officer, for refusing to comply with a poll panel directive to transfer three IPS officers who are alleged to be biased in favour of chief minister Chandrababu Naidu.

On Thursday, the poll panel had divested the Andhra police chief, R.P. Thakur, of the charge of the state’s anti-corruption branch.

Who flouted the poll code this election season