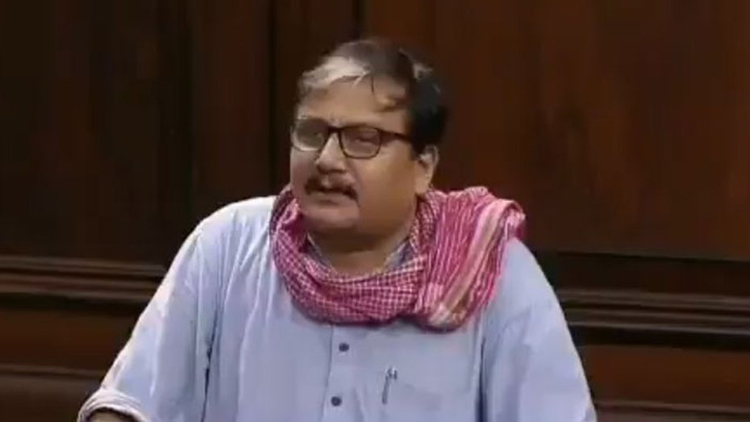 A parliamentarian and groups of teachers from Delhi University on Tuesday sought the immediate intervention of the government to end the crisis linked to the fate of the 4,500 ad hoc teachers.

Rashtriya Janata Dal MP Manoj Jha raised the issue in the Rajya Sabha and urged House Chairman M. Venkaiah Naidu, who is the Chancellor of DU, to intervene for the withdrawal of a controversial order issued by the university on appointment of teachers.

The DU Principals Association (Dupa) last week decided to put on hold the appointments of ad hoc teachers, whose service is renewed every four months.

The salary of 90 per cent of such teachers has been put on hold. Dupa has sought a clarification from the university on whether it can retain the ad hoc teachers.

The DU Teachers Association (Duta) wrote a letter to human resource development minister Ramesh Pokhriyal Nishank to ask the university to withdraw its letter. Duta has called for an indefinite strike on the issue from Wednesday.

Aditya N. Mishra, a DU teacher and leader of Academics for Action and Development (AAD), said the letter issued by the university to the colleges was never discussed at the academic council and executive council, the fora for debate on any academic issue.

“The UGC wanted DU to go for contractual appointments. The university obliged without any discussion. This is wrong,” Mishra said.

The 4,500 ad hoc teachers include around 2,500 teachers belonging to the Scheduled Castes, Scheduled Tribes and Other Backward Classes. They held a candlelight march to the vice-chancellor’s office on Tuesday evening.

“The decision to keep the appointments of the ad hoc teachers in abeyance will affect the interest of the socially disadvantaged to a great extent,” said Sudhanshu Kumar, an assistant professor at Swami Sradhananda College.