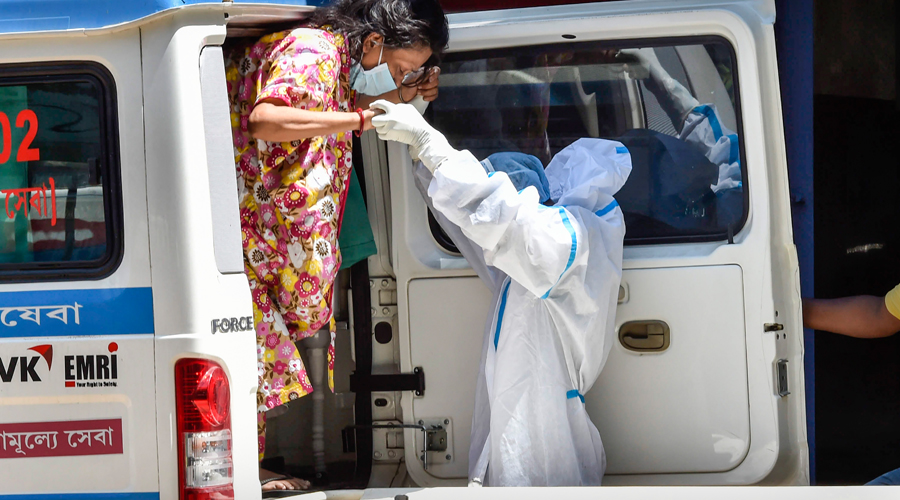 The delta coronavirus variant that was first detected in India and has spread across the world doubles the risk of hospitalisation compared with the alpha variant, UK researchers said on Friday after the largest study yet linking genome sequences and hospital admissions.

The researchers who analysed the coronavirus genome sequences and illness outcomes of over 43,300 patients have found that those infected with the delta virus have approximately two times the risk of hospital admission compared with patients with the alpha virus.

The findings based on Covid-19 patients in England from March 29 and May 23 this year help explain why India’s second Covid-19 wave driven by the delta variant was much harder than its first, as evident through higher demand for emergency and hospital care.

“In the absence of vaccination, any delta outbreaks will impose a greater burden on healthcare than an alpha epidemic,” Anne Presanis, a senior statistician at the University of Cambridge and senior author of the study said in a media release.

The study was published in The Lancet, a peer-reviewed medical journal, on Friday. The alpha variant emerged in the UK last year, but delta has rapidly replaced alpha and over 98 per cent of Covid-19 cases in the UK are now delta.

“Getting fully vaccinated is crucial for reducing an individual’s risk of symptomatic infection with the delta (variant) in the first place and, importantly, of reducing a delta-(infected) patient’s risk of severe disease or (needing) hospital admission,” she said.

Genome sequencing efforts have shown that the proportion of delta variants in samples sequenced in India increased from 2 per cent in February this year to 8 per cent in March, 58 per cent in April and more than 80 per cent by May-June.

At least two studies in India released in July this year have established that the country’s second wave was fiercer than the first, with hospitalised patients more likely to need oxygen and at a greater risk of dying than those during the first wave.

But both Indian studies examined already hospitalised patients. The lack of comprehensive data in India on hospitalisation rates has hampered efforts at understanding how key epidemiological factors, including variants, might impact hospitalisation.

“What we saw as the second surge was almost all delta,” said Oommen John, a physician and senior researcher at The George Institute for Global Health, New Delhi.

Health researchers say India almost certainly has had more delta cases than the UK, but the lack of data hospital admission rates and low level of genome sequencing has precluded such analyses in India.

“Correlations between hospitalisation during the second surge and genome sequences on a representative sample could have helped us explore the connection here in India,” John said. "Population level data on hospitalisation will tell us what proportion of people had severe illness and what were their outcomes."

After accounting for factors that can influence severe illness such as age and vaccination status, the researchers found that the risk of being admitted to hospital more than doubled with the delta variant compared with the alpha variant.

“We know that vaccination offers excellent protection against delta … It is vital that those who have not received two doses of vaccine do so as soon as possible,” said Gavin Dabrera, the study’s lead author and a consultant epidemiologist with Public Health England.