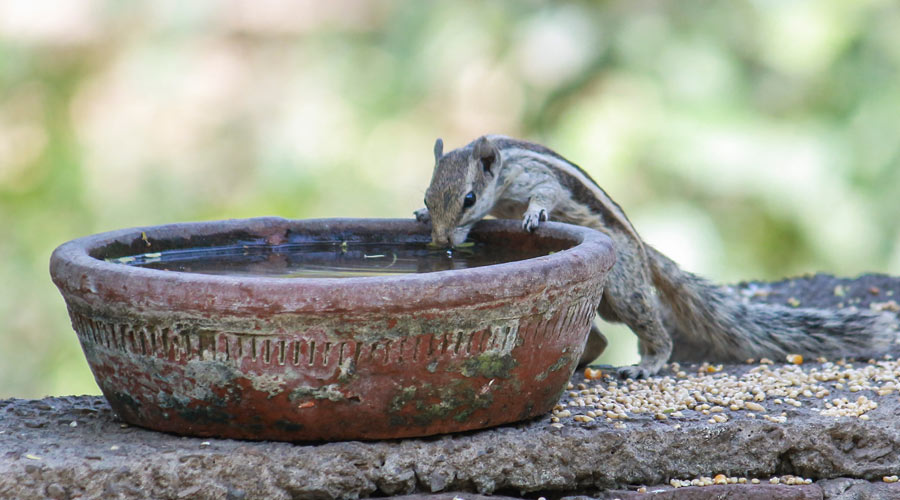 Delhi witnessed a warm Thursday morning with the minimum temperature being recorded at 28 degrees Celsius even as the weather office predicted that heatwave conditons will persist during the day.

The weather office said that city residents are likely to get respite from the heatwave towards the weekend.

The city is likely to witness a heatwave on Thursday. The maximum temperature of the day is likely to hover around 44 degrees Celsius, an official of the India Meteorological Department (IMD) said.

A heat wave is declared when the maximum temperature is over 40 degrees Celsius and at least 4.5 notches above normal.

A severe heatwave is declared if the departure from the normal temperature is by more than 6.4 notches, according to the IMD.

The maximum temperature on Wednesday has settled at 44 degrees Celsius, four notches above the season's average.

The relative humidity at 8.30 am was 33 per cent, the weather office said.

Many parts of Delhi recorded a heatwave for the sixth consecutive day on Wednesday, even as the IMD said some respite is expected in the next two days.

Four out of the 11 weather stations in Delhi had recorded a heatwave on Tuesday.

No major relief from intense heat till June 15: IMD

The maximum temperature in Delhi-NCR and other parts of northwest India will come down by a few notches over the weekend but no major relief is likely till June 15, the India Meteorological Department said on Thursday.

It said moisture-laden easterly winds will bring significant relief in the region from June 16 onwards.

"There is a heatwave warning for parts of northwest and central India on Thursday but a steep rise in the temperature is not predicted," senior IMD scientist R K Jenamani said.

Northwest and central India is reeling under a heatwave spell since June 2 due to an onslaught of hot and dry westerly winds.

"The ongoing heatwave spell is less intense as compared to those recorded in April-end and May, but the area of impact is almost equal," he said.

"Parts of northwest India, including Delhi-NCR, may report a marginal relief on June 11-12. There will be cloudy weather over the weekend but rainfall is unlikely, he added.

"The region may see thunderstorms and rainfall due to moisture-laden easterly winds June 16 onwards which is expected to bring a significant relief from the heat," he said.

Asked if the monsoon will reach Delhi-NCR and other parts of northwest India around the usual date, Jenamani said it was too early to say anything.

Last year, the IMD had forecast that the monsoon would arrive in Delhi nearly two weeks before its usual date (June 27).

However, it reached the capital and neighbouring areas only on July 13, making it the most delayed in 19 years.

The monsoon had entered a "break" phase and there was virtually no progress from June 20 to July 8.