At Hindu wedding, Muslims are family

Neighbours stand in for relatives stalled by Delhi riots 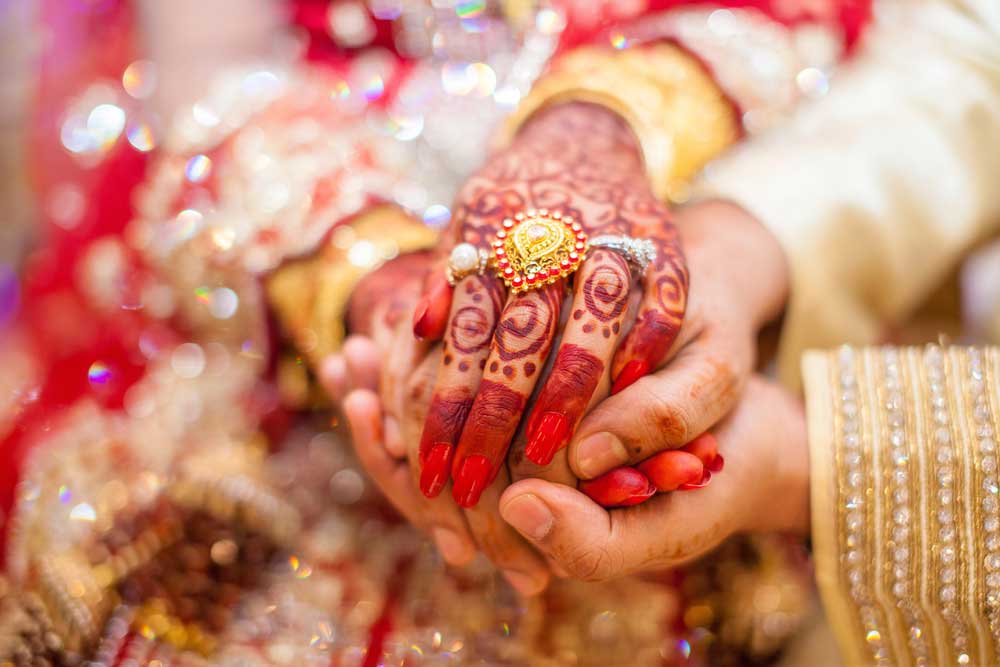 Savitri’s father organised the wedding for the following day, saying his Muslim neighbours were family and he was comforted by their presence.
(Shutterstock)
Reuters   |   New Delhi   |   Published 27.02.20, 09:38 PM

Dressed in her wedding finery, her hands laced maroon with henna and her skin cleansed with turmeric, 23-year-old Savitri Prasad said she was weeping in her home as violent mobs battled outside on Tuesday, which was to have been her wedding day.

As deadly clashes between Hindu and Muslim groups rocked parts of the capital this week, the family of the young Hindu woman living in a Muslim-majority area was forced to cancel her wedding.

But Savitri’s father then organised the wedding for the following day, saying his Muslim neighbours were family and he was comforted by their presence.

“My Muslim brothers are protecting me today,” Savitri told a Reuters team that visited the house on the day of the ceremony, breaking down again as her family and neighbours comforted her.

The rituals took place at Savitri’s home, a small brick building in a narrow alley in the Chand Bagh district. Steps away, the main street looked like a war zone. “We went to the terrace and just saw smoke and more smoke,” Bhoday Prasad, Savitri’s father, said of the scene on Monday and Tuesday. “It is terrifying. We just want peace.”

Bhoday said he had lived in the area for years alongside Muslims without any trouble. “We don’t know who the people behind the violence are, but they are not my neighbours. There is no enmity between Hindus and Muslims here.”

“Hindu or Muslim, we are all humans and we are all terrified of the violence,” said Savitri’s cousin Pooja. “This fight was not about religion, but it has been made so.”

Muslim neighbours gathered to offer blessings as the groom arrived and the wedding rituals took place.

“We live peacefully with our Hindu brothers,” said Aamir Malik, who was standing guard with several other men outside the home. “We are everything for them. It’s been like that. We are here for them.”

Following an exchange of garlands, Savitri, her husband and his family were escorted out of the alleys by her family and neighbours.

“Today, none of our relatives could attend my daughter’s wedding,” Bhoday said. “But our Muslim neighbours are here. They are our family.”