JNU students Kanhaiya Kumar, Umar Khalid and Anirban Bhattacharya were arrested in 2016 in a sedition case 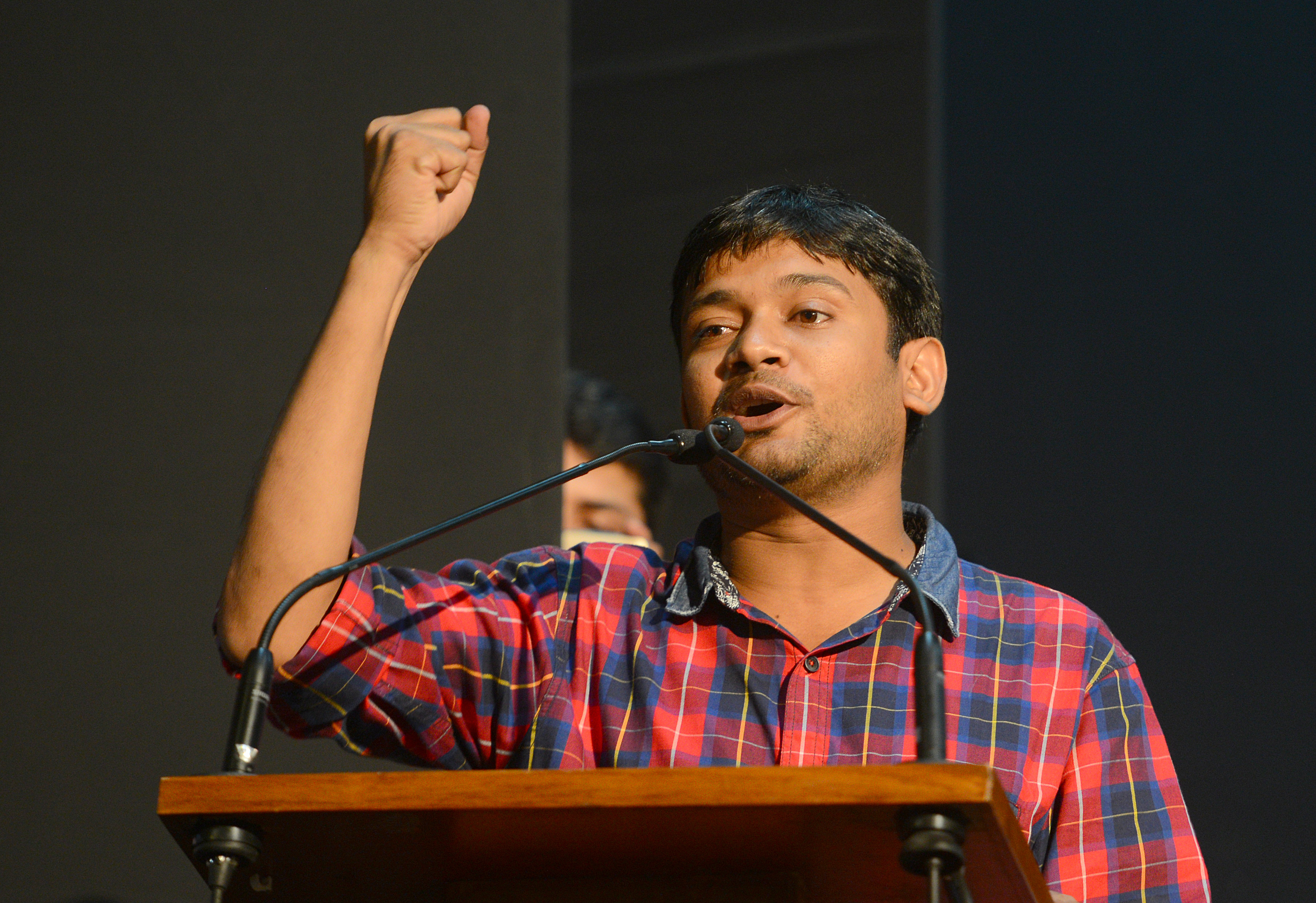 Kanhaiya Kumar's arrest in 2016 had triggered protests across the country, with Opposition parties slamming the police for "working at the behest of the ruling BJP".
The Telegraph file picture
PTI   |   New Delhi   |   Published 14.01.19, 09:48 AM

Metropolitan magistrate Sumit Anand put up the charge sheet for consideration before a competent court on Tuesday.

Kumar, Umar Khalid and Anirban Bhattacharya were arrested in 2016 in a sedition case for allegedly organising an event on the Jawaharlal Nehru University campus against the hanging of Parliament-attack mastermind Afzal Guru. The event had sparked outrage after there were allegations that anti-national slogans had been raised.

A case had been registered on February 11, 2016 following complaints from BJP MP Maheish Girri and the Akhil Bharatiya Vidyarthi Parishad (ABVP).

The arrests of Kumar, Khalid and Bhattacharya had triggered protests across the country. Opposition parties slammed the police for 'working at the behest of the ruling BJP'.

In its chargesheet, the police claimed that it has video clips to prove the offence, which has been corroborated by the statements of the witnesses.

The other accused chargesheeted in the case are Kashmiri students Aquib Hussain, Mujeeb Hussain, Muneeb Hussain, Umar Gul, Rayeea Rassol, Bashir Bhat and Basharat, some of them were then studying in JNU, Aligarh Muslim University and Jamia Millia Islamia.

As many as 36 others, including CPI leader D Raja's daughter Aprajita, Shehla Rashid (then vice-JNUSU president), Rama Naga, Ashutosh Kumar and Banojyotsna Lahiri — all former students of JNU — have been named in column 12 of the charge sheet due to insufficient evidence against them, police sources said.

The police have alleged that Kumar had incited the crowd to shout anti-India slogans.

In the charge sheet running into around 1,200 pages, the police claimed that all the footage were genuine and the presence of students belonging to Kashmir was also established through mobile clips and videos.

It claimed that the Kashmiri students had masks on during the procession, but did not cover their faces on their way back, which, according to the police, showed their involvement.

The 10 accused persons have been chargesheeted on the basis of electronic evidence, including CCTV footage and mobile phone footage, and documentary evidence, which includes statements of students and security guards.

The final report claims that no permission was granted to organise the event and every member was a part of an unlawful assembly.

When informed about the lack of permission to hold the event, the accused persons started arguing and fighting, it said.