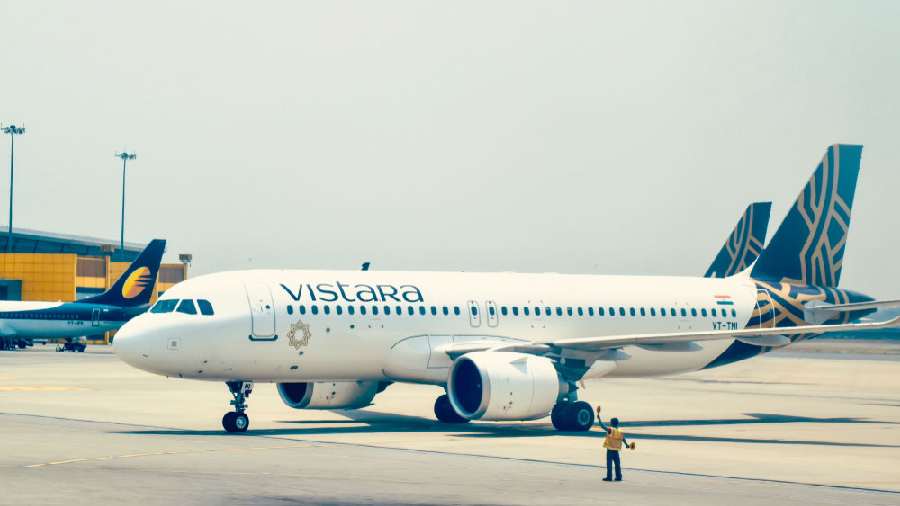 A Delhi-Mumbai flight of Vistara airlines returned midway to Delhi on Monday after a "whistling" sound was heard on the right side of the Boeing 737 aircraft cockpit, a DGCA official said.

The DGCA (Directorate General of Civil Aviation) has ordered a probe into the incident even as no structural deficiency was observed during preliminary ground inspection of the plane, the official said.

Vistara -- a joint venture of Tata and Singapore Airlines Limited (SIA) -- confirmed the return of its Mumbai flight UK 951 back to Delhi, saying that the pilot decided to do so after a technical snag was detected shortly after its take-off.

"Vistara operated (Delhi-Mumbai) flight UK 951 was involved in an air turnback to Delhi as a whistling sound was heard from the right side in the cockpit. Aircraft has landed safely," the official stated.

"As a precautionary step, pilots decided to turn back and the aircraft landed safely at the IGI Airport, Delhi," the airline said in a statement.

An alternate aircraft was immediately arranged to fly the passengers to their destination, it said.