If the air quality persists in the 'severe plus' category for more than 48 hours, emergency measures are taken under the Graded Response Action Plan 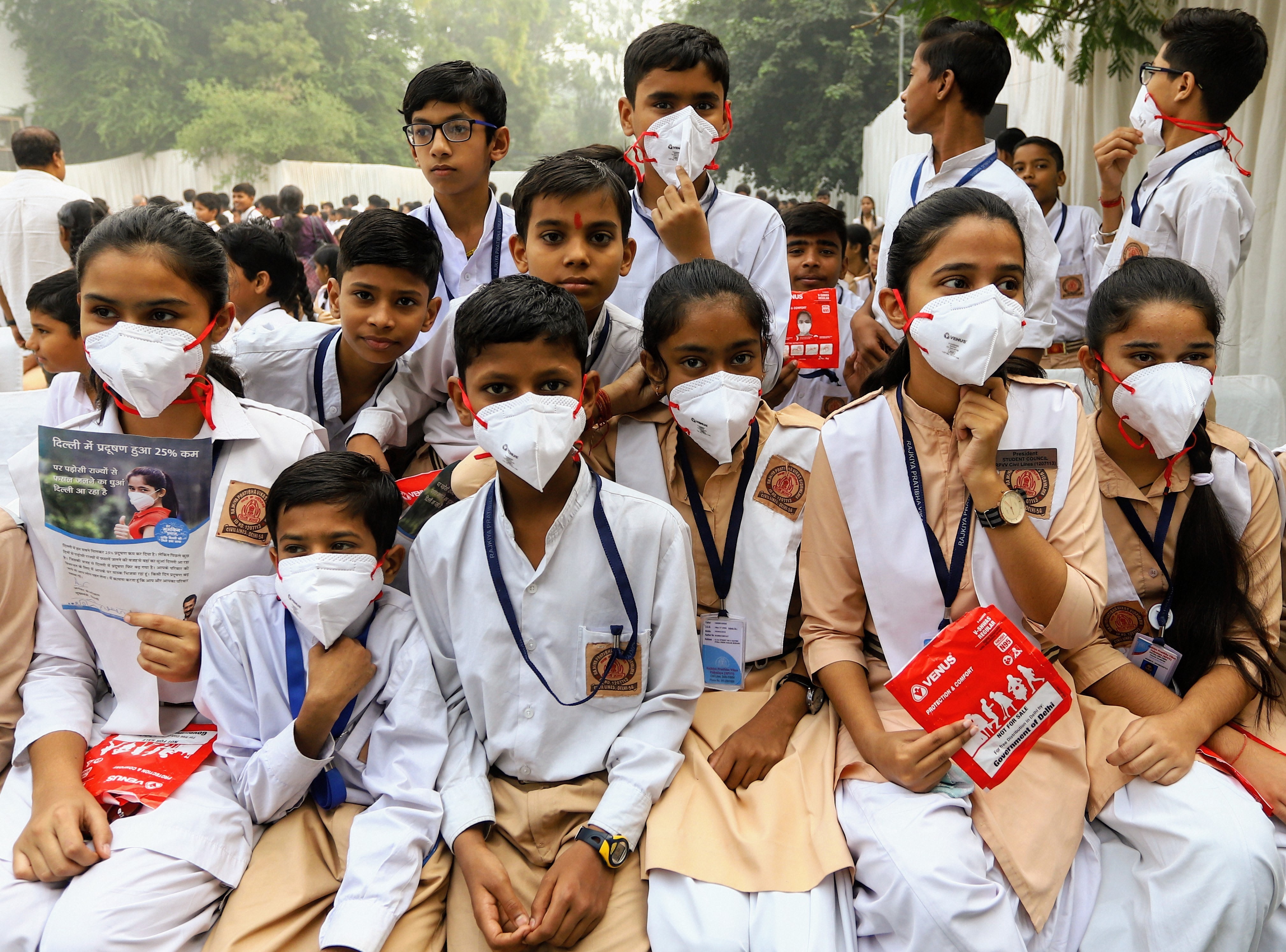 The blanket of haze over Delhi thickened on Friday morning with the national capital's pollution levels increasing overnight by around 50 points, taking the overall air quality index to 459.

A Central Pollution Control Board official said the AQI entered the 'severe plus' or 'emergency' category late Thursday night, the first time since January this year.

If the air quality persists in the 'severe plus' category for more than 48 hours, emergency measures such as odd-even car rationing scheme, banning entry of trucks, construction activities and shutting down schools are taken under the Graded Response Action Plan, the official said.

The hazardous pollution levels forced a number of people to miss morning walks and other activities.

Shubhomoy Sikdar, a Delhi-based journalist, said the pollution levels gave him a throat infection and he had to skip his daily sports session.

Amanpreet Singh, a resident of Jangpura, said he has been avoiding morning and evening walks and preferring to stay indoors.

The number of masked faces continued to grow as the city remained shrouded in pungent haze for the fourth consecutive day.

All the 37 air quality monitoring stations across Delhi recorded the air quality in the severe category on Friday morning.

Neighbouring Ghaziabad was the most-polluted city in the country, with the levels of PM2.5 — tiny particulate matter less than 2.5 microns that can enter deep into the lungs — reaching as high as 493.

Delhi is impatiently hoping for favourable meteorological conditions to blow away the toxic air, as health experts said the hazardous air pollution has become a serious health concern for about 2 crore residents.

'Intake of every 22 micrograms per cubic metre of polluted air is equivalent to smoking a cigarette. So whether the PM2.5 level is 700 or 300 units, the impact is still as bad. People need to take precautions, especially those suffering from asthma, bronchitis or other respiratory illness,' said Dr Arvind Kumar, lung surgeon at Sir Ganga Ram Hospital in the national capital.

Many took to Twitter to demand that schools be shut till the situation ameliorates.

'We, as parents, request Delhi government to keep all schools (pvt and govt) shut for the time being,' Anil Atri, a Delhi resident, posted on the microblogging site.

Deputy chief minister Manish Sisodia had on Wednesday said the decision to shut schools would be taken 'when the need arises'. In November 2017, the government had shut schools for a few days due to the deteriorating air quality.

The government, however, started distributing 50 lakh N95 masks, considered one of the good quality masks for tackling smog, among school students in Delhi on Friday morning.

Meanwhile, the BCCI said it would carry on with the India-Bangladesh T20 at the Feroz Shah Kotla grounds on Sunday, disregarding concerns raised by environmentalists about the health of players and thousands of spectators.

The higher the AQI value, the greater the level of air pollution and health concerns.