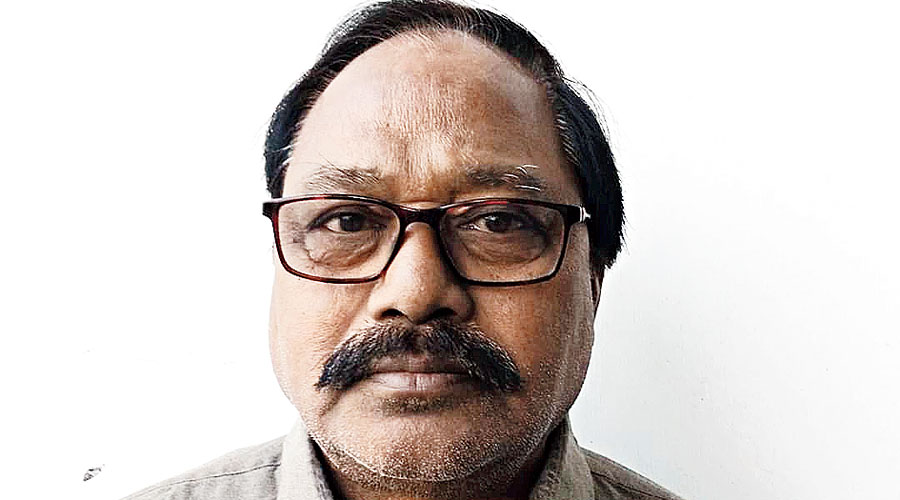 The CID filed its chargesheet in the death case of BJP MLA Debendra Nath Roy at a local court here on Friday, concluding it to be a case of suicide and accusing Niloy Singha and Mabud Ali, known to the legislator, of abetment and other charges.

“We have filed the chargesheet in less than two months,” said a source in the state investigating agency.

According to court sources, the CID charged the duo, both under arrest, with Sections 120 (concealing design to commit offence punishable with imprisonment), 306 (abetment of suicide) and 420 (cheating and dishonestly inducing delivery of property) of the IPC.

On July 13, the MLA from Hemtabad Assembly segment in North Dinajpur was found hanging in front of a shop in the Baliamore area.

The incident, which the police suspected to be suicide, took a political turn as BJP leaders in Raiganj and Calcutta alleged that Roy — who had crossed over from the Trinamul to join the BJP — was murdered and hanged with political intent. BJP leaders launched a series of protests demanding a CBI probe.

The state, however, handed over the case to the CID. Soon, Singha and Ali were held from neighbouring Malda.

During the probe, it was found that they had links with Roy and had taken money from him, and as the MLA was asking them to repay it, they were intimidating him.

The chargesheet’s conclusion that the MLA had committed suicide — as was earlier claimed by senior officials of the state including the home secretary — drew protests from the MLA’s family and party.

Chadima Roy, the deceased MLA’s wife, said she was not happy with CID’s probe.

“I still suspect that my husband was murdered and had accordingly filed a complaint with the police. I am not satisfied with the investigation carried out by the CID as they have termed it as a suicide. We want the CBI to investigate the case,” she said.

District BJP leaders echoed her demand and accused the state investigating agency of acting in haste without a proper investigation. “We all believe that the MLA was killed but the CID has put charges of abetment to suicide. We have demanded a CBI probe of the case and our central leaders are looking into the issue,” said Gopal Majumdar, a district BJP leader and lawyer.

The state government also decided to hand over the case of the death of BJP worker in police custody to the CID. On Friday, district police officials here got the instruction.

On September 2, Anup Roy, a BJP worker from Itahar block, died soon after he was arrested in connection with cash snatching case. His post mortem revealed he died of cerebral haemorrhage.

His kin and the BJP alleged he died of police torture.