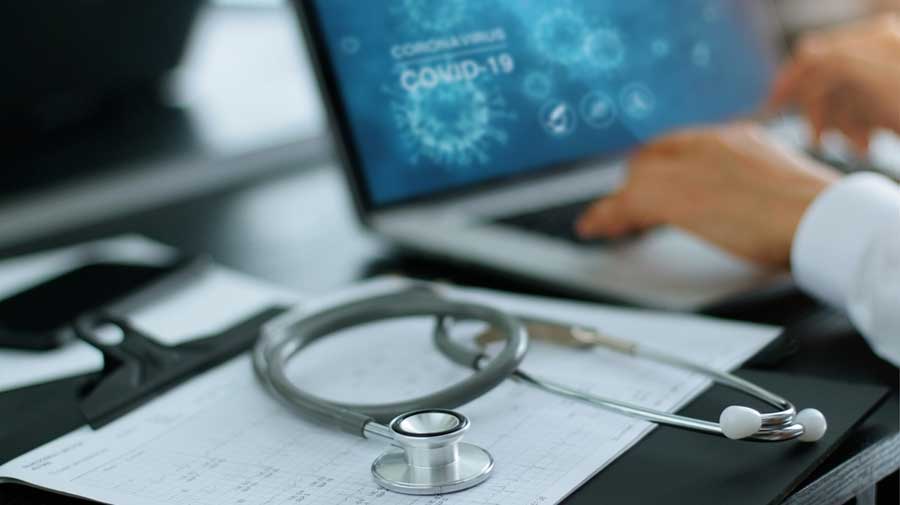 The variant called B1.617, first detected in Maharashtra earlier this year, has also turned up in 16 other states, including Bengal, Delhi, Gujarat and Karnataka, the National Centre for Disease Control (NCDC) said, presenting data up to May 4.
Shutterstock
G.S. Mudur   |   New Delhi   |   Published 06.05.21, 02:34 AM

India’s health ministry on Wednesday acknowledged that a coronavirus with a so-called double mutation is driving the country’s current Covid-19 surge, more than six weeks after government researchers had alerted the ministry about its potential risks.

The variant called B1.617, first detected in Maharashtra earlier this year, has also turned up in 16 other states, including Bengal, Delhi, Gujarat and Karnataka, the National Centre for Disease Control (NCDC) said, presenting data up to May 4.

“The current surge in cases seen over the last one-and-a-half months in some states shows a correlation with the rise in the B1.617 lineage,” Sujeet Singh, the director of the NCDC, said at a briefing organised by the health ministry.

Singh said states where B1.617 has been detected are “being advised” to strengthen their public health responses — increase testing, quickly isolate positive cases, prevent crowds and intermingling of people, promote use of masks and accelerate vaccinations.

“We need to keep a watch on these variants — spot mutations that are important,” said Vinod Paul, the chair of the national task force on Covid-19 and member of Niti Aayog, the government’s think-tank.

Paul and other health officials have asserted that the public’s response to the emergence of variants should not change in any way and people should continue to practise standard precautions such as wearing masks, avoiding crowds and getting themselves vaccinated as early as possible.

Researchers who had detected the emergence and steady growth of B1.617 in Maharashtra — to make up about 20 per cent of samples in the state by mid-March — view the ministry’s acknowledgment of the variant’s role in the current surge as delayed by over six weeks.

A 10-lab research consortium had in mid-March this year alerted the health ministry about the variant, as reported by The Telegraph on March 17. The scientists were concerned as the variant possessed a mutation designated as E484Q that allowed the virus to evade certain immune responses, and another mutation, L452R, that studies in the US had shown increased the infectivity of the virus.

Scientists with the Indian National SARS-CoV-2 Genomics Consortium had then said that they were worried about the variant’s growth but believed that for, reasons unexplained, the health ministry had underplayed the role of variants.

“They’re acknowledging a role in the surge only now — B1.617 now accounts for over 50 per cent of samples from parts of Maharashtra,” said a researcher and member of the consortium.

The sharp surge of India’s Covid-19 epidemic since March has puzzled many experts, some of whom had speculated that only a more infectious variant could explain the speed of growth.

A study in Mumbai has even suggested through theoretical calculations that the sharp rise in the number of cases in the city earlier this year could be explained by a variant 2 to 2.5 times more infectious than earlier variants.

But medical researchers say ground studies that correlate variants with epidemiological information such as the number of people infected per household or within clusters of infections would be required to validate such theoretical calculations.