Navnath Gore, who received the Yuva Puraskar for young writers in 2018, is now working odd jobs to make ends meet after he lost his contract to the lockdown 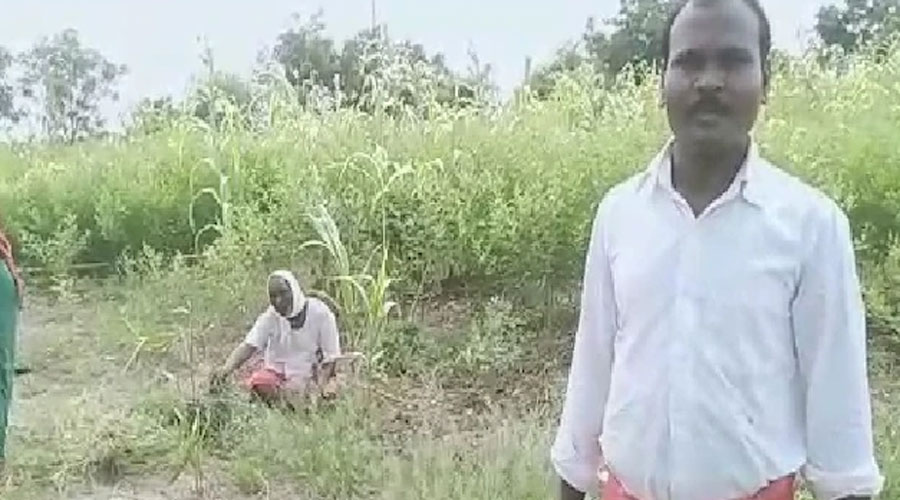 Till March, Navnath Gore was a lecturer in a college in Ahmednagar district of Maharashtra, but the lockdown took away his contract job and reduced him to a farm labourer. Gore, 32, a resident of Nigdi, a village in Sangli district, had received the Sahitya Akademi’s Yuva Puraskar for young writers in 2018, but that is hardly a consolation for a man who has fallen on hard times due to the outbreak of coronavirus.

Coming to terms with the reality of losing job, a situation faced by millions worldwide, he decided to work as a farm labourer in his home district to support his family. A postgraduate in Marathi from the Shivaji University in Kolhapur district, Gore started writing his maiden novel Fesati during his postgraduation days.

The book got published in 2017 and he won the award. “After I won the award, I received an offer from a college in Ahmednagar district where I started working as a lecturer on a clock hour basis and used to get Rs 10,000 per month. In February this year, my father passed away and the responsibility of my mother and a 50 year old brother, who is physically challenged, came on my shoulders,” said Gore, a postgraduate in Marathi. With the lockdown, this stopped. He now does odd jobs and works as a farm labourer, earning Rs 400 a day.

After the death of his father, Gore went home in February, but could not go back to his teaching job as the lockdown was imposed in March end to curb the spread of Covid19.

“I came back to my village in February. Since my job was contractual, the income from the college also stopped. With no income, it was difficult for us to make the ends meet. I then started taking up odd jobs and also started working as a farm labourer in the region,” he added.

Gore, who travels long distances in the region for work, said he earns around Rs 400 if he works full day. Gore recalled his student days in Kolhapur, where, while pursuing his postgraduation, he used to work as a security guard at an ATM centre to support his family.

Fesati is a story of a youth, who against all odds, completes his education. The book also depicts the plight of farmers. “I had completed the first draft of the novel in 2014. I drew from personal experience, from the time I still lived in my village. It took me almost 18 months to complete the draft. I am happy that the novel got a good response,” Gore said.

Meanwhile, moved by Gore’s plight, Maharashtra minister Vishwajeet Kadam, who also manages Bharti Vidyapeeth, said he has offered a job to him with the Pune based group of educational institutes. The minister said he spoke to Gore and also assured the author that a conducive atmosphere would be provided to encourage his literary talent.