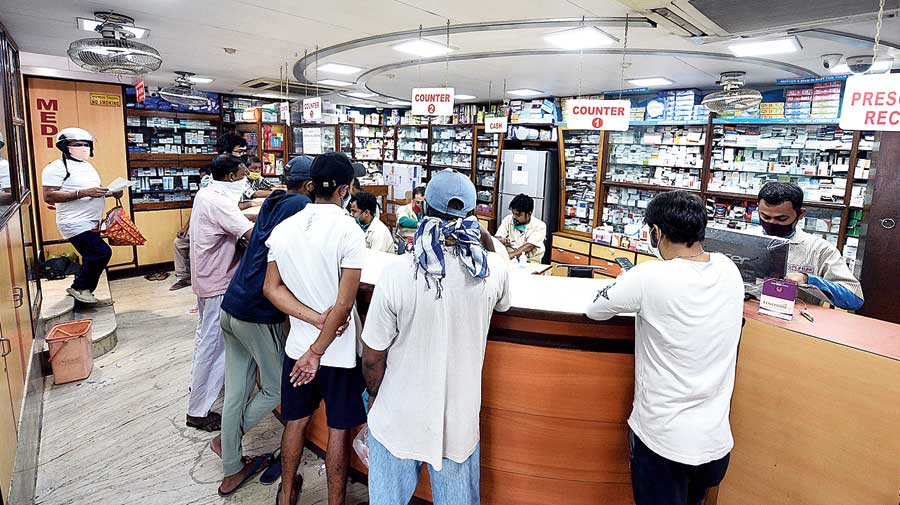 Antibiotic sales soared during the first COVID-19 wave in India last year, according to a study which suggests that the drugs were used to treat mild and moderate cases of the viral disease.

The researchers at Washington University in the US estimated that COVID-19 likely contributed to 216.4 million excess doses of antibiotics and 38 million more doses of azithromycin in adults from June 2020 through September 2020, a period of peak COVID-19 activity in India.

Such misuse of drugs is considered inappropriate because antibiotics are only effective against bacterial infections, not viral infections such as COVID-19, the researchers said.

Overuse of antibiotics increases the risk for drug-resistant infections, they said.

"Antibiotic resistance is one of the greatest threats to global public health," said the study's senior author, Sumanth Gandra, an associate hospital epidemiologist at Barnes-Jewish Hospital in the US.

"Overuse of antibiotics lessens their ability to effectively treat minor injuries and common infections such as pneumonia, which means that these conditions can become serious and deadly," Gandra said.

The study, published in the journal PLOS Medicine, analysed monthly sales of all antibiotics in India's private health sector from January 2018 through December 2020.

The data came from an Indian branch of IQVIA, a U.S.-based health information technology company.

The study, conducted in collaboration with McGill University in Canada, examined the total sales volume of all antibiotics as well as the individual sales for azithromycin, a vital drug for treating typhoid fever, non-typhoidal Salmonella and traveller's diarrhoea.

Azithromycin was studied because some countries experienced a spike in its sales early in the pandemic after observational studies suggested the antibiotic could help treat COVID-19.

However, such a claim was disputed by subsequent studies.

The researchers determined that a total of 16.29 billion doses of antibiotics were sold in India in 2020, which is slightly less than the amounts sold in 2018 and in 2019.

The researchers used previously published studies to compare India's antibiotic use with that in the US and other high-income countries.

In those countries, they found that adult antibiotic use decreased drastically during the pandemic compared with such use in 2018 and 2019.

"It's critical to acknowledge that antibiotic use in high-income countries plummeted in 2020," Gandra said.

"People isolated, schools and offices closed, and fewer people got the flu and, overall, stayed healthier compared with the pre-pandemic years. This reduced the overall need for antibiotics, as did cancelling dental procedures and outpatient surgeries," he said.

The researchers noted that India also had restrictions and experienced dramatic decreases in malaria, dengue, chikungunya and other infections typically treated with antibiotics.

"Antibiotic use should have gone down, but it didn't. Not only that but antibiotic use increased along with the rise of COVID cases," Gandra added.

The researchers statistically adjusted antibiotic use for seasonality and mandatory lockdown periods.

"Our results indicate that almost everybody who was diagnosed with COVID-19 received an antibiotic in India," Gandra added.