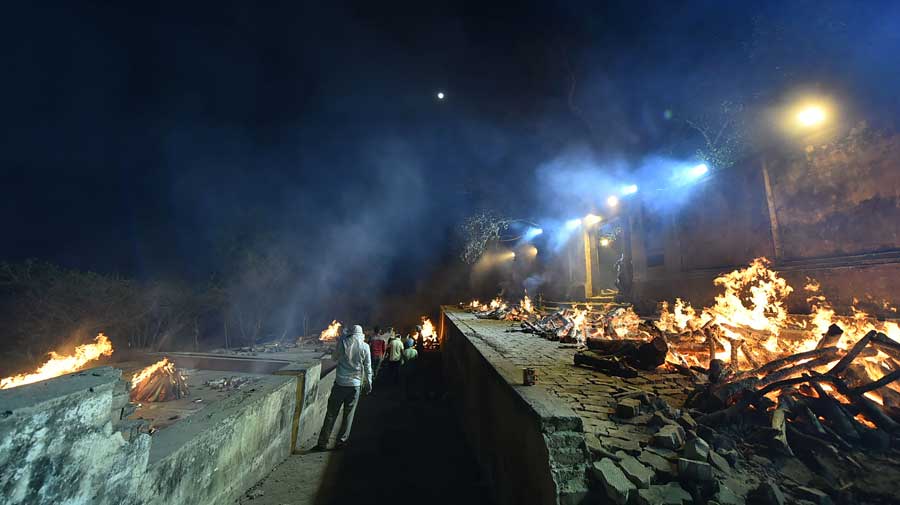 The number of cremations taking place at Kanpur’s crematoriums has increased several-fold — far more than the 66 deaths officially attributed to the coronavirus in the entire district over the past six days.

Data from Bhairoghat and Bhagwatghat crematoriums shows 462 bodies were consigned to flames from April 19 to April 24.

People have to wait with the bodies for the last rites and the situation is no different at burial grounds.

“The number of cremations has risen several fold in the last week,” said Qamruddin, a Kanpur municipal corporation employee at the Bhairoghat electric crematorium.