Covid-19: No Bali Yatra in Cuttack this year 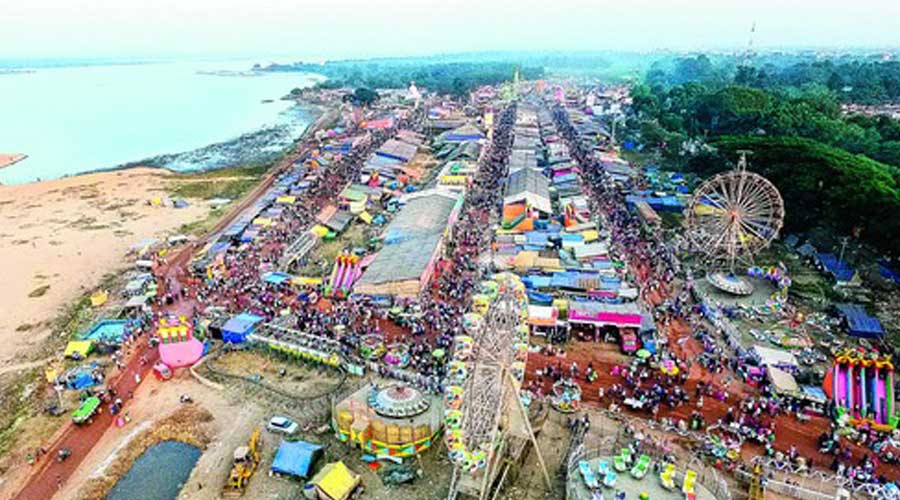 The week-long festival that recalls Odisha’s rich maritime tradition begins every year on the Kartik Purnima day which falls on November 19 this year.
File picture
Subhashish Mohanty   |   Bhubaneswar   |   Published 11.11.21, 12:54 AM

The famous Bali Yatra in Cuttack will not be held for the second consecutive year with the district administration deciding against it in view of the Covid-19 epidemic.

The week-long festival that recalls Odisha’s rich maritime tradition begins every year on the Kartik Purnima day which falls on November 19 this year.

The yatra, organised on the banks of Mahanadi river in the silver city (Cuttack), commemorates the business trips that traders of the state used to make through the sea route to far away islands such as Bali, Sumatra and Java in Indonesia.

Odisha in those days was known the world over for its maritime trade links with different countries and the boat making skills of its people. Bali Yatra festival not only brings back those memories but also offers traders a big business opportunity with stalls being put up at the fairground on the bank of Mahanadi. Business worth around Rs 500 crore takes place almost every year during the yatra.

Hence, cancellation of the yatra is a big disappointment both for traders and the common people who enjoyed visiting the stalls and the general ambience of the fair.

However, Cuttack collector Bhabani Shankar Chayani made it clear that the decision not to hold the festival had been taken in the larger interest of public health.

“We have decided not to hold the yatra to avoid congregation of people. We don’t want to take any risks. Protecting the health of the people is our priority,” Chayani told reporters.