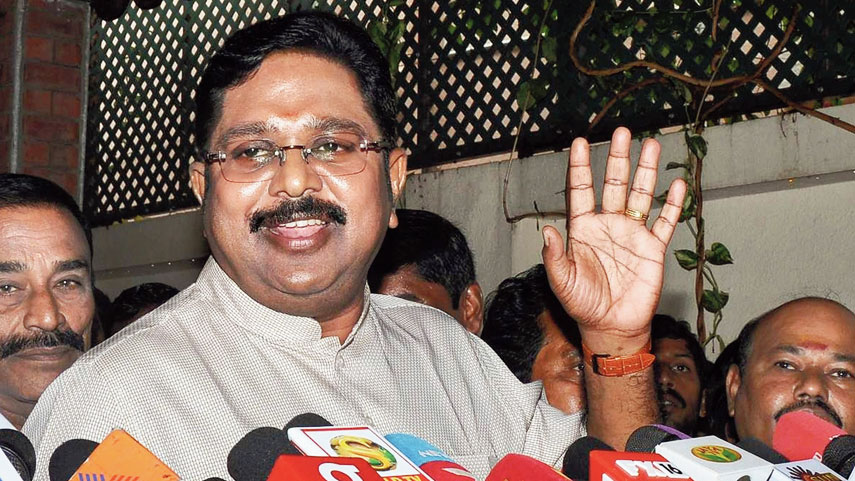 With two of the 234-strong House’s members having passed away and the 18 rebel members disqualified by the Speaker since September last year, the Assembly’s strength is down to 214.

The ruling party, with 116 members, is safely above the halfway mark of 107. But had the rebels been reinstated, the total would have gone up to 232 and the AIADMK would have been sitting precariously at exactly the halfway mark, one short of majority.

If Dinakaran had demanded and secured a trust vote, even a single cross-vote from the government side would have caused the ministry to fall.

Following Thursday’s judgment, the 20 vacant seats would face by-elections. “If by-elections are held, we will win,” Dinakaran, who has floated his own party and is an MLA, said.

He did not rule out appealing against the verdict in the Supreme Court.

“Traitors have been taught a lesson,” the AIADMK tweeted.

Speaker P. Dhanapal had disqualified the 18 lawmakers under the anti-defection law after they wrote to the governor seeking the removal of the chief minister.

In June this year, a two-judge high court bench gave a split verdict on the matter. Then Chief Justice Indira Banerjee upheld the disqualifications while Justice M. Sundar set them aside on the grounds of non-compliance with principles of natural justice and violation of the constitutional mandate.

Eventually, the vacation bench of the Supreme Court nominated Justice M. Sathyanarayanan as a third judge to settle the issue.

On Thursday, Justice Sathyanarayanan upheld Dhanapal’s decision, saying: “All the material that was available at the time of passing of the order by the Speaker alone has been taken into consideration and this court cannot go into the subsequent events.”

Political analysts said that despite Thursday’s court victory, Dinakaran’s rebellion means the AIADMK would be hard pressed to field a reliable contingent in the general election next summer and even the 2021 Assembly polls.

Besides, the situation has become fluid with film superstars Rajinikanth and Kamal Haasan ready to jump into the fray, and new alignments are likely.

The main Opposition DMK alone looks battle-ready despite losing its president, M. Karunanidhi, who had led the party for more than five decades.

In contrast, the AIADMK has been ripped apart since its supreme leader Jayalalithaa passed away in December 2016. Her long-time companion Sasikala grabbed the party leadership, prompting a revolt by then chief minister O. Panneerselvam.

Sasikala was about to anoint herself as chief minister when she was jailed in an old corruption case. Palaniswami — whom Sasikala installed as chief minister to stand proxy for her — and Panneerselvam then buried their differences and removed her as party general secretary.

Sasikala, though, continued to control the dissident group from jail along with Dinakaran, whom she had promoted to party deputy general secretary. But the Palaniswami-Panneerselvam alliance led to his relegation.