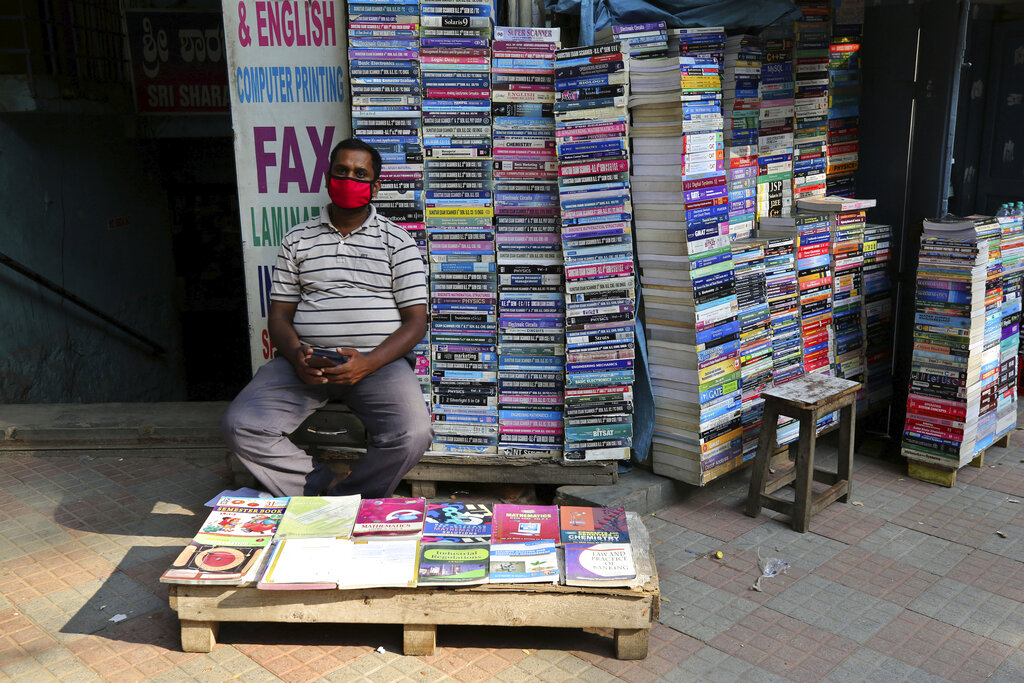 The number of Covid-19 cases in India has climbed to 1,65,799, making it the world's ninth worst-hit country by the coronavirus pandemic.

According to Worldometer, India has now overtaken Turkey as the ninth worst-hit country in terms of total number of cases.

The health ministry said the number of active Covid-19 cases stood at 89,987, while 71,105 people have recovered and one patient has migrated.

'Thus, around 42.89 per cent patients have recovered so far,' a senior health ministry official said.

Of the 175 deaths reported since Thursday morning, 85 were in Maharashtra, 22 in Gujarat, 15 in Uttar Pradesh, 13 in Delhi, 12 in Tamil Nadu, eight in Madhya Pradesh, seven in Rajasthan, six in West Bengal, four in Telangana and one each in Jammu and Kashmir, Andhra Pradesh and Haryana.

The death toll reached 47 in Karnataka and 40 in Punjab. Jammu and Kashmir has reported 27 fatalities due to the disease, Haryana has 19 deaths, Bihar has 15 while Odisha and Kerala have reported seven deaths each.

Himachal Pradesh has registered five Covid-19 fatalities, while Jharkhand, Uttarakhand, Chandigarh and Assam have recorded four deaths each so far.

Meghalaya has reported one Covid-19 fatality so far, according to the ministry data.

According to the health ministry data updated in the morning, the highest number of confirmed cases in the country are from Maharashtra at 59,546 followed by Tamil Nadu at 19,372.

'4,673 cases are being reassigned to states,' the ministry said on its website, adding, 'Our figures are being reconciled with the ICMR.'

A minister in West Bengal has  tested positive for Covid-19, making it the first such case in the Mamata Banerjee-led state cabinet, a well-placed source in the government said on Friday.

State fire services minister Sujit Bose has been advised to undergo home quarantine after his test results came out positive, the source said.

A domestic help at the minister's residence was diagnosed with the disease, following which samples of Bose and his family members were sent for examination.

The reports, which arrived on Thursday night, showed Bose and one of his family members have contracted the virus, the source added.

West Bengal on Thursday registered the biggest one-day spike with 344 people testing positive for Covid-19, taking the total number of confirmed cases to 4,536.

As many as 223 people have succumbed to the disease in the state so far. Earlier, the government had attributed the death of 72 coronavirus patients to comorbidities.

A Rajya Sabha secretariat official tested positive for Covid-19 on Friday, the fourth such case reported in the Parliament complex so far, sources said.

Out of the four, three were found to have contracted the infection after Parliament resumed operations on May 3 when lockdown 2.0 ended and were on duty.

The director-level officer, who attended work on May 28, was found positive for the infection along with his family members, they said.

Two floors of the Parliament's Annexe building have been sealed, the sources added.

This is the second case of an official posted in the building testing positive for the infection.

A cobbler covers his face with a scarf and works in the shade of a dilapidated building in Kohima, capital of the northeastern Indian state of Nagaland, Friday, May 29, 2020.
AP

As the Covid-19 situation in Maharashtra remains grim with the highest number of cases in the country, the possibility of holding the monsoon session of the state legislature for a shorter period than usual is being considered, sources said on Friday.

The option of holding the meeting of the Legislative Assembly first, followed by that of the 78-member Council, instead of doing so simultaneously, is also being mulled, they said.

As the Assembly has 288 members, the session could be held at the Central Hall of the instead of the designated hall (of the Lower House) in the legislature building to ensure that social distancing is observed by the legislators.

The Central Hall is more spacious and the joint sittings of members of the both the Houses take place there in normal circumstances.

However, the final call on the duration of the session, its schedule and the manner in which it will be held, will be taken by the business advisory committee (BAC) -- comprising the representatives of the government and opposition- when it meets on June 9, the sources said.

It was earlier announced that the monsoon session would start on June 22.

As many as 11 healthcare workers, including two resident doctors, have tested positive for coronavirus at the AIIMS on Friday, taking the total number of hospital staff infected so far to 206.

'We are taking all precautionary and safety measures for our healthcare workers at the institute. The moment any healthcare worker tests positive, we immediately isolate him or her and initiate the process of contact tracing,' Dr Sharma said,