PM, rename it WHO CARES 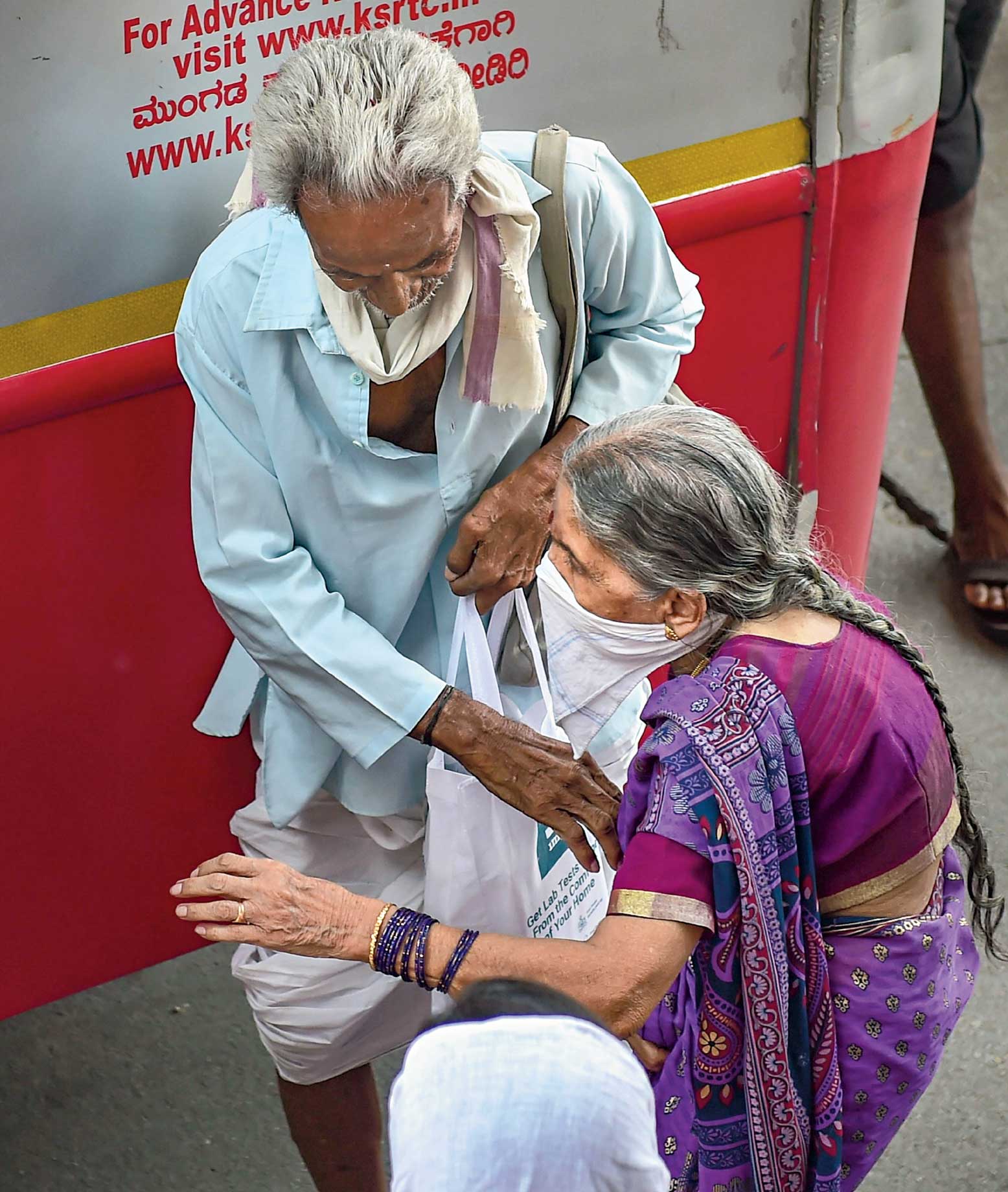 The Indian Railways are charging migrants an additional Rs 50 to ferry them back to their homes.

The BJP-run government in Karnataka announced a “double” bus fare, including the return rate presumably because the vehicles would have to return empty, before withdrawing it because of a furore.

The rare display of “economic prudence” by the arms of the State threw up a riddle wrapped in a mystery inside an enigma: what happened to the celebrated PM CARES Fund?

The controversial fund has apparently been raking in money, blessed by companies vying with one another to contribute to the national cause even if they cannot pay their employees.

Critics say its opaqueness and favoured treatment (donations to the PM CARES Fund can be counted under the corporate social responsibility head while the same concession is not allowed to chief ministers’ funds) suggest its main objective is to glorify the Prime Minister.

The dedicated fund has been set up with the “primary objective of dealing with any kind of emergency or distress situation, like (that) posed by the Covid-19 pandemic, and to provide relief to the affected”.

Lakhs of migrants who have been locked up for over a month without any means of livelihood should meet the conditions of “distress situation” and “affected”. The acronym “CARES” — which stands for Citizen Assistance and Relief in Emergency Situations — sounds like it was coined to help people like the distressed migrants.

So far, no one in authority has said how much money from the PM CARES Fund has been spent on the migrants or why their fare is not being paid from the fund. Even a “distressed” party like the Congress has offered the Karnataka government Rs 1 crore to take care of the migrants’ travel.

Asked how much the PM CARES Fund had collected so far and whether any allocation had been made yet, a government official associated with the PMO replied on phone on Sunday: “No information.”

Neither does the website of the PM CARES Fund provide any information on how much money has been collected or what the money has been used for. The Prime Minister is the ex-officio chairman of the fund while the defence minister and the home minister are its ex-officio trustees.

Several corporate groups have publicly announced that they are donating hundreds of crores to the PM CARES Fund.

The railway decision to charge the migrants an additional Rs 50 stands out because the national utility itself had contributed Rs 151 crore to the PM CARES Fund.

According to a letter the director (passenger marketing) in the Railway Board sent to the principal chief commercial managers of all the zonal railways on May 1, the ticket costs of the special non-stop trains would be the fares for Sleeper, Mail and Express trains plus a super-fast charge of Rs 30 and an additional charge of Rs 20.

Several of the chief ministers’ relief funds provide more information on collections and disbursals. The Kerala chief minister’s disaster relief fund has often been described as offering the best template of transparency and accountability, providing details of both income and expenditure that are updated in real time.

Samajwadi Party leader and former Uttar Pradesh chief minister Akhilesh Yadav tweeted in Hindi that even the BJP’s staunchest supporters were now wondering about the use of all the crores that had been deposited in the PM CARES Fund “if the poorest of the poor are being asked to pay for their return journey home”.

Jharkhand chief minister Hemant Soren has urged the central government to reconsider its decision to charge extra from the passengers.

CPM general secretary Sitaram Yechury said: “It is sheer cruelty to expect workers who have absolutely no earnings for the last two months, because of the lockdown, to pay for their own train tickets. Nor can state governments bear this financial expenditure when they have not received any help from the central government.”

The CPM politburo demanded that the Centre bear the entire travel expenses of the workers who want to go home. The politburo has said that all arrangements for their safe travel within a state must be made by the state governments.