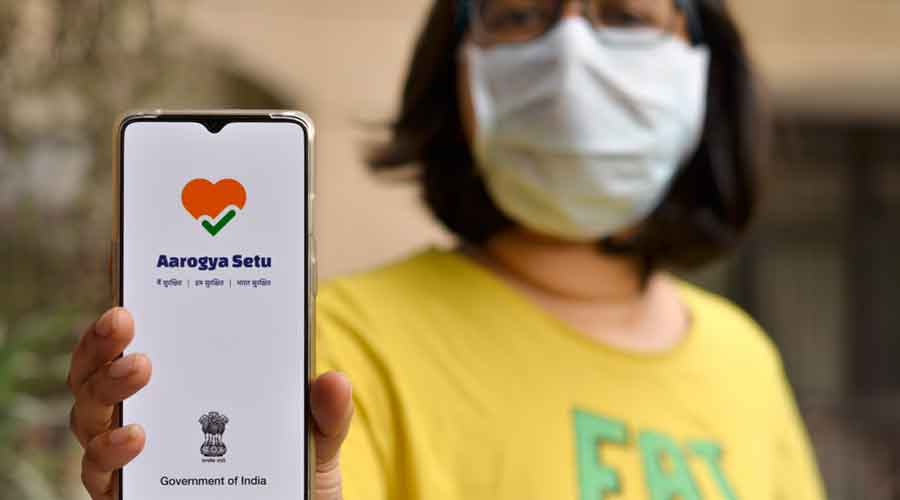 At 7.25pm on Tuesday, 16.23 crore Indians were using the Aarogya Setu App but the departments concerned in the Narendra Modi government have claimed in writing that they do not have any information on who created the app and they do not possess files relating to this “mandatory” tool to fight Covid-19.

Three wings of the central government — the ministry of electronics and information technology (MEITY), National Informatics Centre (NIC) and the National e-Governance Division (NeGD) — turned away an RTI activist seeking this information.

The Central Information Commission (CIC) on Tuesday described the departments’ response as “extremely preposterous” and issued a notice asking why action should not be initiated against them for “obstruction of information and providing an evasive reply”.

The CIC’s interim order was issued after Saurav Das, RTI activist and member of the National Campaign for People’s Right to Information, requested an urgent hearing. He took the plea that the Aarogya Setu App — designed as a contact-tracing mechanism — would be rendered useless once the pandemic was over.

Das had applied to all three entities but each passed it on, claiming it lacked the required information.

In the order, information commissioner Vanaja N. Sarna said: “The commission observes that it is a current issue and it is not possible that there was no file movement while creating this app, a citizen cannot go round in circles to find out the custodian. The CPIO, NIC’s submissions that the entire file related to creation of the app is not with NIC is understandable, but the same submissions if accepted from MeITY, NeGD and NIC in toto, then it becomes more relevant to now find out how an app was created and there is no information with any of the relevant public authorities.”

Das had in his RTI applications sought information on the origin of the proposal, approval details, companies, people and government departments involved, file notings related to the app, comments on the files by various officers, and copies of communications between private people involved in making/ developing the app and the government departments concerned.

He had also sought copies of the requests for collaboration with people from the industry who had helped create the app, all communications received from all the contributors/ advisers relating to the app, internal notes, memos, file notings, the correspondence carried out while making the app and finalising it, and the minutes of the meetings held while creating the app.

Forced on the back foot by the furore over the departments claiming ignorance in writing, the government came out with a detailed response from the telecom ministry that provided the background to the mobile app’s development but left specific questions asked by Das unanswered.

“AarogyaSetu App was launched by Government of India in public private partnership mode to bring people of India together in its fight against Covid-19. The AarogyaSetu App was developed in a record time of around 21 days, to respond to the exigencies of the pandemic with lockdown restrictions only for the objective of building a Made in India contact tracing app with the best of Indian minds from industry, academia and government, working round the clock to build a robust, scalable and secure app,” the statement said.

Stating that the ministry would respond to the CIC’s notice, the statement added that the names of all those associated with the development of the app and the management of the app ecosystem at various stages had been shared when the code was released in the public domain and that they were published widely in the media too.

“The same can be accessed on https://github.com/nic-delhi/AarogyaSetu_Android/blob/master/Contributors.md. On all such occasions, it has been clearly mentioned that the AarogyaSetu App has been developed by NIC in collaboration with volunteers from industry and academia. AarogyaSetu app has been developed in the most transparent manner and all details and documents including privacy policy and AarogyaSetu data access & knowledge sharing protocols issued on 11th May 2020 (have) been uploaded on the AarogyaSetu portal – aarogyasetu.gov.in.’’

Responding to the ministry’s clarification, Das tweeted: “Not an ounce of word on the file related to the app, communications between private players and ministry, file notings, etc. Nothing is being put on record apart from these unsigned press releases! But yeah, go to their website & see ‘Why one should use @SetuAarogya’.”

Reacting to NeGD CEO Abhishek Singh’s claim that there was no confusion on who had created the app, Das said: “Oh is it Mr Abhishek Singh? Then why was your officer mum during the hearing? Couldn’t he say that to the commission? Govt should stop this whataboutery and furnish the information on affidavit.”