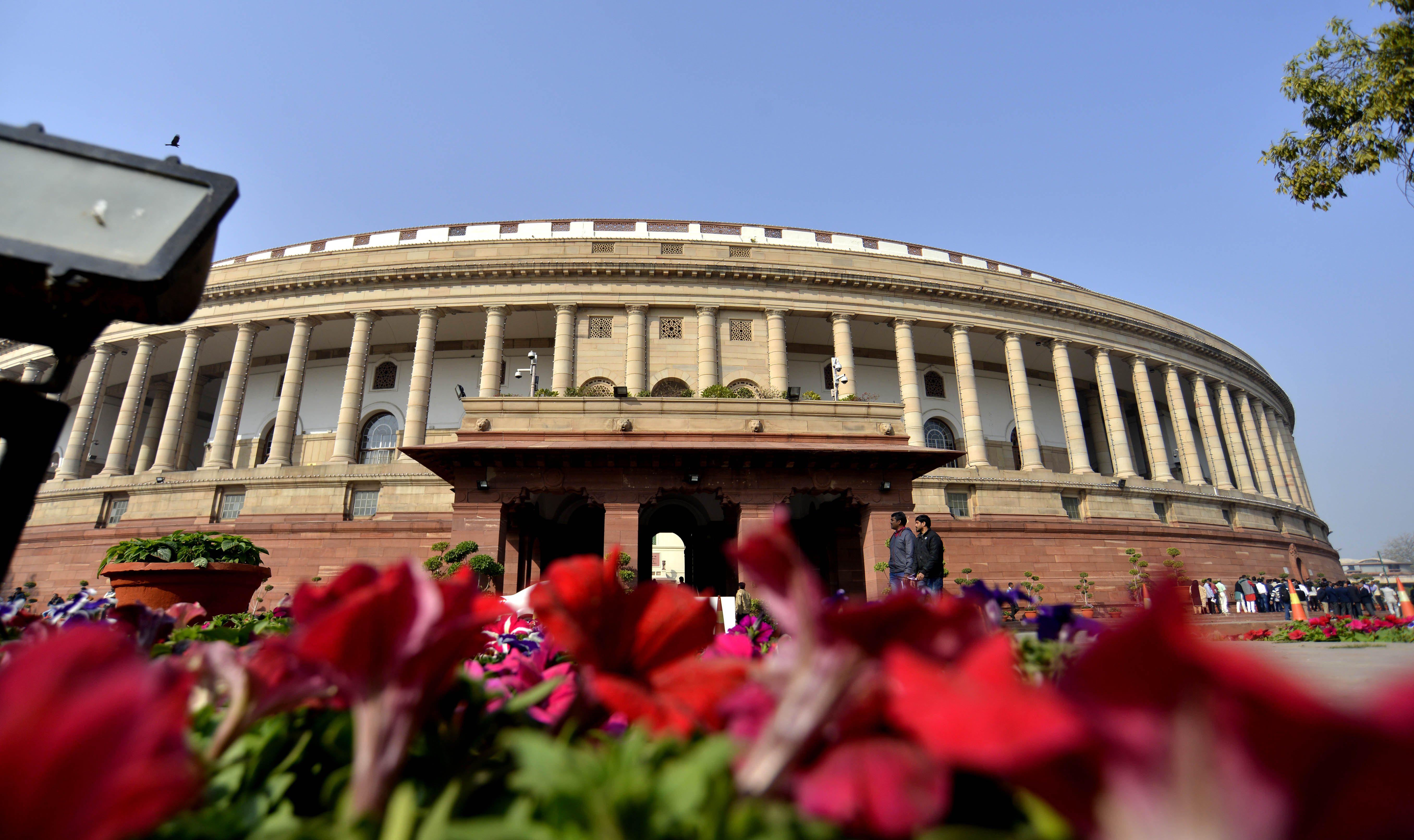 Preparations for holding the monsoon session of Parliament with coronavirus-induced norms like social distancing and exploring 'virtual Parliament' as on option in the long run were discussed by Rajya Sabha Chairman M Venkaiah Naidu and Lok Sabha Speaker Om Birla during a meeting on Monday.
Telegraph file photo
PTI   |   New Delhi   |   Published 01.06.20, 01:35 PM

Preparations for holding the monsoon session of Parliament with coronavirus-induced norms like social distancing and exploring 'virtual Parliament' as on option in the long run were discussed by Rajya Sabha Chairman M Venkaiah Naidu and Lok Sabha Speaker Om Birla during a meeting on Monday, sources said.

Both the presiding officers underscored the need to adopt technology to enable Parliament sessions to tide over situations when regular meetings are not possible.

However, they opined that it would be necessary to refer the issue of virtual meetings of parliamentary committees to the Rules Committees of both the Houses in view of the confidentiality aspect of the deliberations.

The sources said several options are being considered including holding the meeting of Lok Sabha in the Central Hall, with the Rajya Sabha, which has less members than the lower house, shifting to the chamber of Lok Sabha. Also the sittings of both the Houses can be held on alternate days.

Taking note of reports suggesting that the fight against the coronavirus is likely to be a long haul, Naidu convened the meeting at his official residence which was also attended by the Secretary Generals of both the houses.

The presiding officers directed the Secretary Generals to examine the feasibility of using the central hall of Parliament appropriately to ensure social distancing norms during the upcoming monsoon session.

They noted that since there is no requirement of maintaining confidentiality of the proceedings of both the Houses, which are open to general public besides being telecast live, virtual Parliament is an option to be explored in the long run.

The two officials were also directed to examine in detail various technical and other arrangements to be ensured to enable smooth functioning of both the Houses.

Parliament usually meets in July-August for the monsoon session. It was adjourned sine die on March 24, ahead of schedule, amid growing concerns over the Covid-19 outbreak.

At the meeting on Monday, both the Secretary Generals briefed the Chairman and Speaker on issues connected with the proposed virtual meetings of various committees of Parliament, the sources said.

These include providing a safe technological platform, complying with the rules of confidentiality of deliberations in such meetings and the difficulties in ensuring the same in case of virtual meeting, they said.

Infrastructure upgrade to be undertaken to enable virtual meetings and the time likely to be taken in this regard were also discussed.

Taking cognizance of the long existing rules regarding confidentiality in respect of meetings of the committees and the implications of holding virtual meetings, Naidu and Birla opined that it would be necessary to refer the issue of virtual meetings to the Rules Committees of both the Houses, the sources said.

Both Naidu and Birla noted that the chairmen of various committees of Parliament including the department-related Standing Committees are empowered to convene regular meetings of respective committees on their own.

However, in view of the feedback being received from some members of Parliament about their inability to travel on account of quarantine norms in various states, they felt that it may be better for the chairmen of various committees to convene meetings after ascertaining the likely attendance of Members.

Officials informed that the average attendance in the meetings of the eight department-related Standing Committees of Rajya Sabha over the last three years has been about 45 per cent.

This in effect means that on an average, 14 of the 31 members of each committee attended the meetings, they said.

With some newly elected members of Rajya Sabha conveying to the chairman about the difficulties involved in travelling to Delhi in view of quarantine norms, Naidu has deferred administering oath to the 37 members who have been elected unopposed.