Online courses shut out many

No internet in three-fourths households 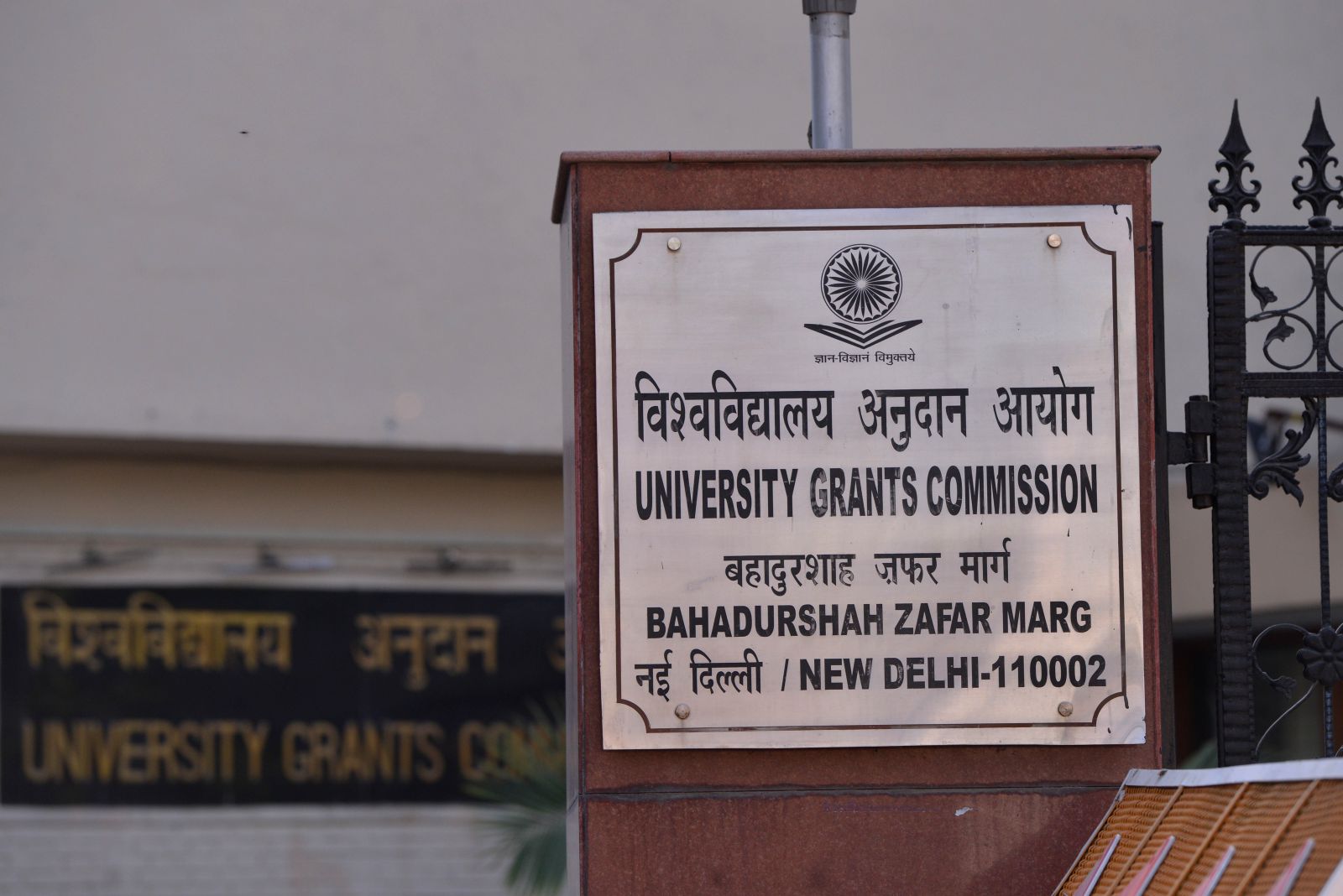 Citing the Covid-19 pandemic, the UGC on Monday approved in principle a proposal to allow all universities to complete up to 40 per cent of their existing courses online. A UGC official said online education was meant to supplement the face-to-face mode.
Telegraph file picture
Basant Kumar Mohanty   |   New Delhi   |   Published 28.04.20, 09:58 PM

The University Grants Commission has approved a proposal to allow nearly 200 universities to offer online courses at a time Kashmir has had no access to the high-speed 4G network for almost a year and a national survey has found that three-fourths of households across the country do not have Internet at home.

Several academics apprehend that the move to promote online higher education, prompted by the pandemic-induced lockdown, will not succeed because of weak Internet connectivity and the lack of wider reach.

Citing the Covid-19 pandemic, the UGC on Monday approved in principle a proposal to allow all universities to complete up to 40 per cent of their existing courses online.

Such a cap won’t apply to universities that have accreditation scores of at least 3.01, are ranked among the top 100 institutions by the government, and all government-run open universities.

According to the proposal approved by the UGC, a decision on the mode of conducting exams should be left to the universities.

“Downloading a three-minute video takes a minimum of 15 minutes in Kashmir. There is no 4G network since August 5, 2019 (when Jammu and Kashmir’s special status was cancelled),” said professor Abdul Wahid, former vice-chancellor of the Central University of Kashmir.

He said the Valley had witnessed emergencies in the 1990s as well, but then the students had been promoted without conducting exams. “The UGC needs to deal with the current situation with patience, rather than push ideas which are not practical,” Wahid said.

G.N. Var, the president of the Private Schools Association in Kashmir, said no academic activity was currently taking place in the Valley.

“Across the country, most children of mainly private schools are participating in classes conducted through online platforms such as Zoom and Google Meet. In Kashmir, nothing is happening,” Var said.

The association has moved the Supreme Court seeking direction to the Centre to allow the resumption of high-speed Internet. The petition is pending.

According to the sample survey on “Household Social Consumption on Education in India” released by the National Statistical Office (NSO) last November, the availability of computers and Internet was low across the country.

The survey, conducted between July 2017 and June 2018, found that 10.7 households had computers, which included laptops, desktops and tablets but not mobile phones.

The situation was particularly bad in eastern Indian. For example, in Bengal, 9.4 per cent households had computers, while the corresponding figures for Odisha, Jharkhand and Bihar were 4.3 per cent, 4.4 per cent and 4.6 per cent, respectively.

Internet was available to 23.8 per cent households through computers and mobile phones across the country. In Bengal, Odisha, Jharkhand and Bihar, the percentages were 16.5, 10, 18 and 15.4, respectively.

The survey defined households with Internet facility as “all members having access to it at any given time regardless of whether it was actually used”.

A recent Unesco report said online education was not the way forward because of disparities in access to computers and the Internet. A Unicef report said students would be vulnerable to sexual exploitation on online platforms.

A human resource development ministry official said promotion of online education was a key agenda of the government.

“The draft national education policy is pushing the idea of online education. The face-to-face mode of education is not sustainable,” the official said, adding that the traditional mode was incurring a lot of government expenditure in higher education.

A UGC official said online education was meant to supplement the face-to-face mode.

“Online education will not replace the face-to-face mode of education. But students are ready to avail themselves of online education, they should not be deprived,” the official said.