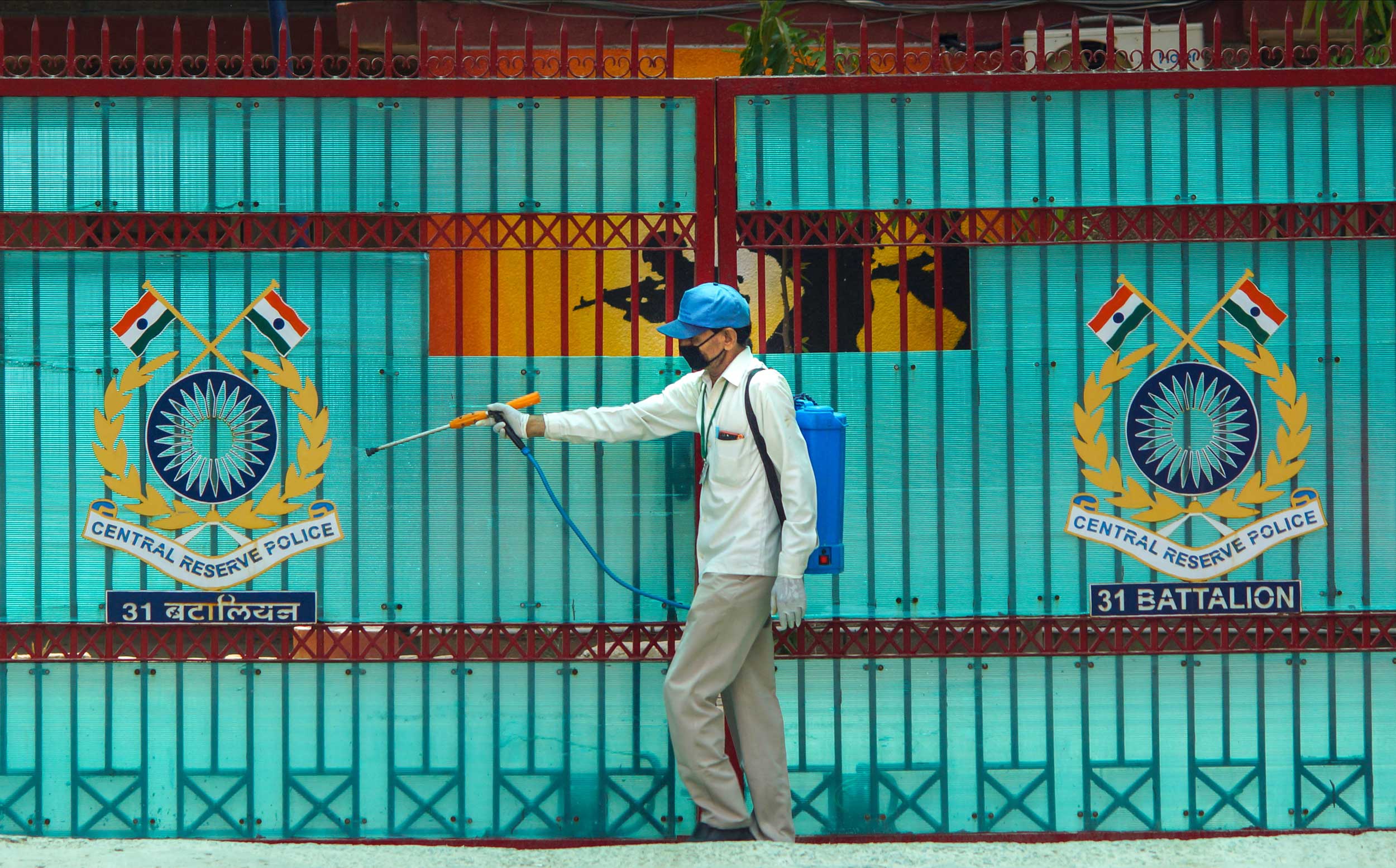 As many as 135 of the 480 personnel in the CRPF’s 31st battalion have tested positive for Covid-19 over the past two weeks, triggering a scare in the country’s biggest paramilitary force which lost a sub-inspector to the virus earlier this week.

“The massive spike in the number of Covid-19-positive cases in a single battalion of the force over the past few days has created a scare among the personnel,” a CRPF official said.

“Swab samples of over 100 more personnel have been taken today (Saturday) for tests while the test results of 150 personnel (of the battalion) are still awaited.”

The force had on Thursday sealed the battalion and all members of the unit were put in quarantine after the sub-inspector, who had been detected positive, died on Tuesday, in the first such casualty among the 10-lakh-strong paramilitary forces that function under the Union home ministry.

The CRPF had reported 52 positive cases on Thursday, mostly from the 31st battalion.

Sources said on Saturday the home ministry had taken a serious view of the spike in the number of positive cases over the past couple of days and sought a report from the CRPF top brass why the infection could not be contained.

“The top brass has been asked to explain whether necessary measures were taken to contain the pandemic in the force following the first positive case detected in early April,” a ministry official said.

“An inquiry has revealed that though the government in its order had made 15 days’ quarantine mandatory for personnel joining back (after leave), another internal order from the force’s deputy director, medical, had said a five-day quarantine was needed. Again, on April 17, the medical wing of the force had changed the quarantine period to 15 days,” the official added.

All the 135 personnel — including Md Ikram Hussain, the 55-year-old sub-inspector who has died — are believed to have contracted the virus from a nursing assistant in the force.

The nursing assistant, deployed with the 162nd battalion in north Kashmir’s Kupwara, was at home on leave in Noida when he followed orders and reported to the closest battalion, the 31st battalion, stationed in Delhi.

Sources said 49 personnel, including a deputy inspector-general of the welfare branch of the CRPF headquarters, have been put in home quarantine after a havildar, Om Prakash Sahu, showed symptoms of the virus on Wednesday. His test report is awaited.

“The 49 personnel, including DIG Rajeev Ranjan Kumar and two commandants, are under home quarantine as they had come in contact with Sahu,” another official said.

Earlier, in the first week of April, nearly 150 CRPF officers posted at the headquarters, including director-general A.P. Maheshwari, had been home-quarantined after coming into direct or indirect contact with the force’s chief medical officer who had tested positive.

The chief medical officer, Deepak Kumar, had been attached to the office of the force’s additional director-general (medical) and stayed at a transit mess in Saket, south Delhi.

It was not clear how Kumar had caught the infection. Each of the 150 officers who had been home-quarantined had come in contact with at least one of the eight direct contacts of Kumar. All the 150 officers had later tested negative.

The CRPF has been deployed in several parts of the country in Covid-19 relief operations and also to check the spread of the pandemic in certain areas, including the national capital. All its formations across the country have been asked to contact-trace personnel who might have come in touch with infected colleagues.

Some personnel from two other paramilitary forces — the ITBP and the BSF — have also tested positive. “Following the detection of the positive cases in the BSF and the ITBP, over 200 personnel have been quarantined after detailed contact tracing of the people who came in contact with infected personnel,” an ITBP official said.

Seven BSF personnel tested positive in Delhi on Saturday, taking the total number of positive cases in the force to 17.