The Congress has always belittled the ability of the army, its strength and accomplishments, he said 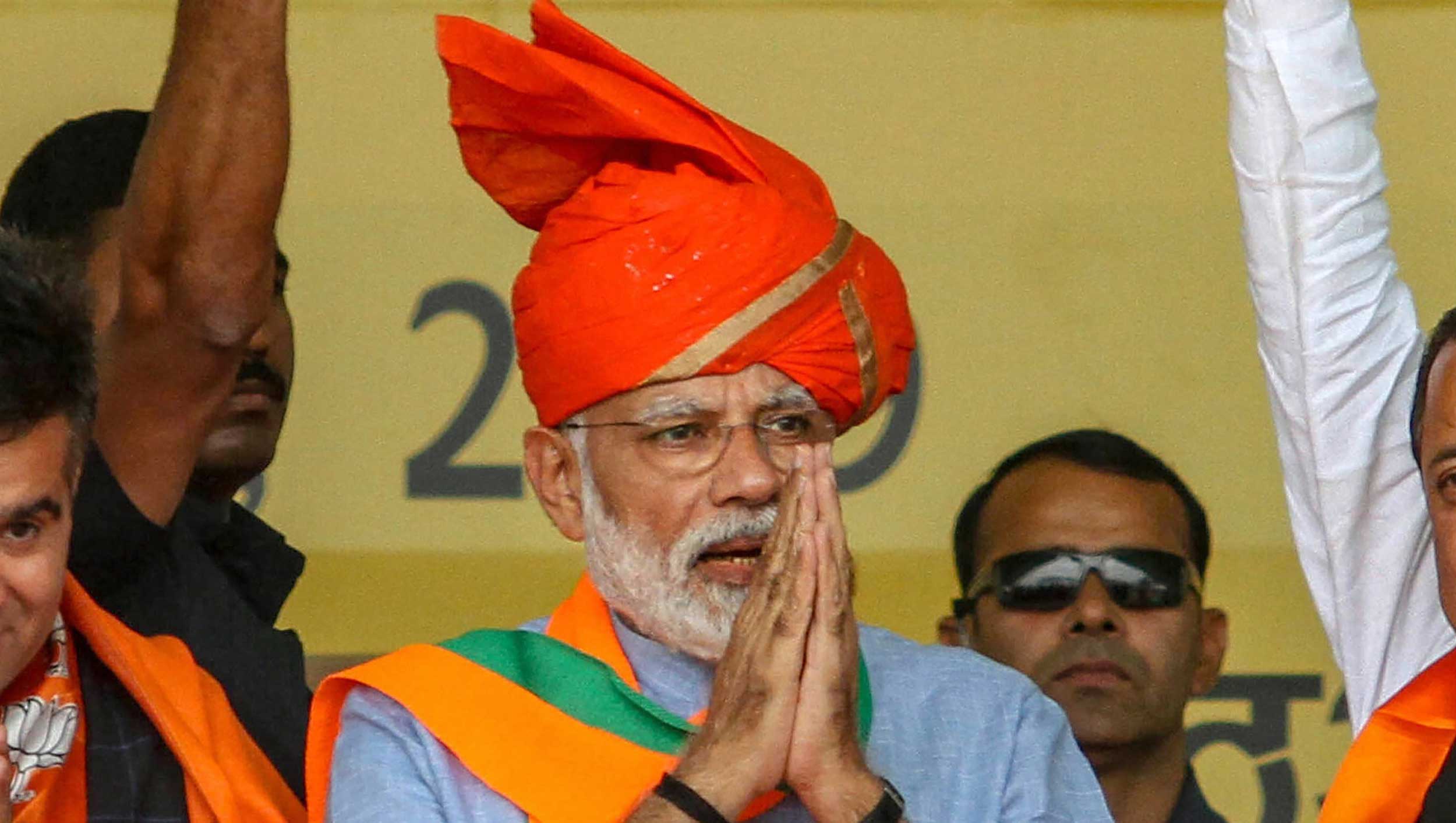 Prime Minister Narendra Modi on Sunday accused the Congress of working against the interests of the country’s armed forces and said the party had no faith in soldiers and had done no justice to them.

The Prime Minister’s comments came two days after several veterans had appealed to the President to direct all parties to “forthwith desist from using the military” and “any actions by military formations or personnel” for political purposes.

Modi said the Congress was scared to even hear about the surgical strikes.

“Why are they so frustrated?... Brothers and sisters, after seeing the Congress’s attitude towards the army, my belief is strengthened that the Congress never had any trust in the country’s army,” the Prime Minister said in Jammu’s Kathua.

“The Congress has always belittled the ability of the army, its strength and accomplishments. They have raised questions on it.”

Kathua is part of the Udhampur parliamentary seat. Modi’s close aide and minister Jitendra Singh is facing what some feel is an uphill task to retain the seat.

The Prime Minister seems to have chosen Kathua for Sunday’s rally as a BJP rebel, Lal Singh, is threatening to upset the party’s election arithmetic in the constituency. Kathua is home to Rasana village where an eight-year-old Bakerwal girl was raped and murdered last year.

Modi said the Congress had in the past stopped taking strong measures against militants (across the border) and claimed that the reason was the party feared “something like 1962 would happen”.

“That would have sunk the Congress boat forever,” he said.

The Prime Minister was referring to the defeat of the country at the hands of the Chinese in the 1962 war.

Modi said he was using the army for India’s security while for the Congress, it was a means to make money.

“In defence deals, whether it is Bofors, submarines or helicopters, apart from eating the cream, the army has no importance for them,” he said.

The Prime Minister skipped mentioning the raging controversy over the Rafale deal.

Modi claimed that the Congress was raising questions about the surgical strikes and the air strikes in Balakot to hide its failures as well as for vote-bank politics.

“They know that the more questions they raise, the more false allegations they level. They spread confusion among the countrymen and the army’s morale is weakened. The Congress and its allies are committing the sin of preferring politics over service to the country,” he said.

According to Modi, the country would have never emerged strong, given the direction in which the Congress was taking it.

The Prime Minister said he had travelled across the country and claimed to have found a more powerful wave in his favour than in 2014. “You have seen the surveys. The surveys are clear that the BJP is getting three times more seats than the Congress.”

Modi slammed the Abdullahs and the Muftis, saying the two families were threatening to divide the country.

Modi was referring to National Conference leader Omar Abdullah’s demand for a separate Prime Minister for Jammu and Kashmir and Mehbooba Mufti’s reference to “freedom” if Article 370 was abrogated.