Congress ministers in Karnataka resign to make way for reshuffle 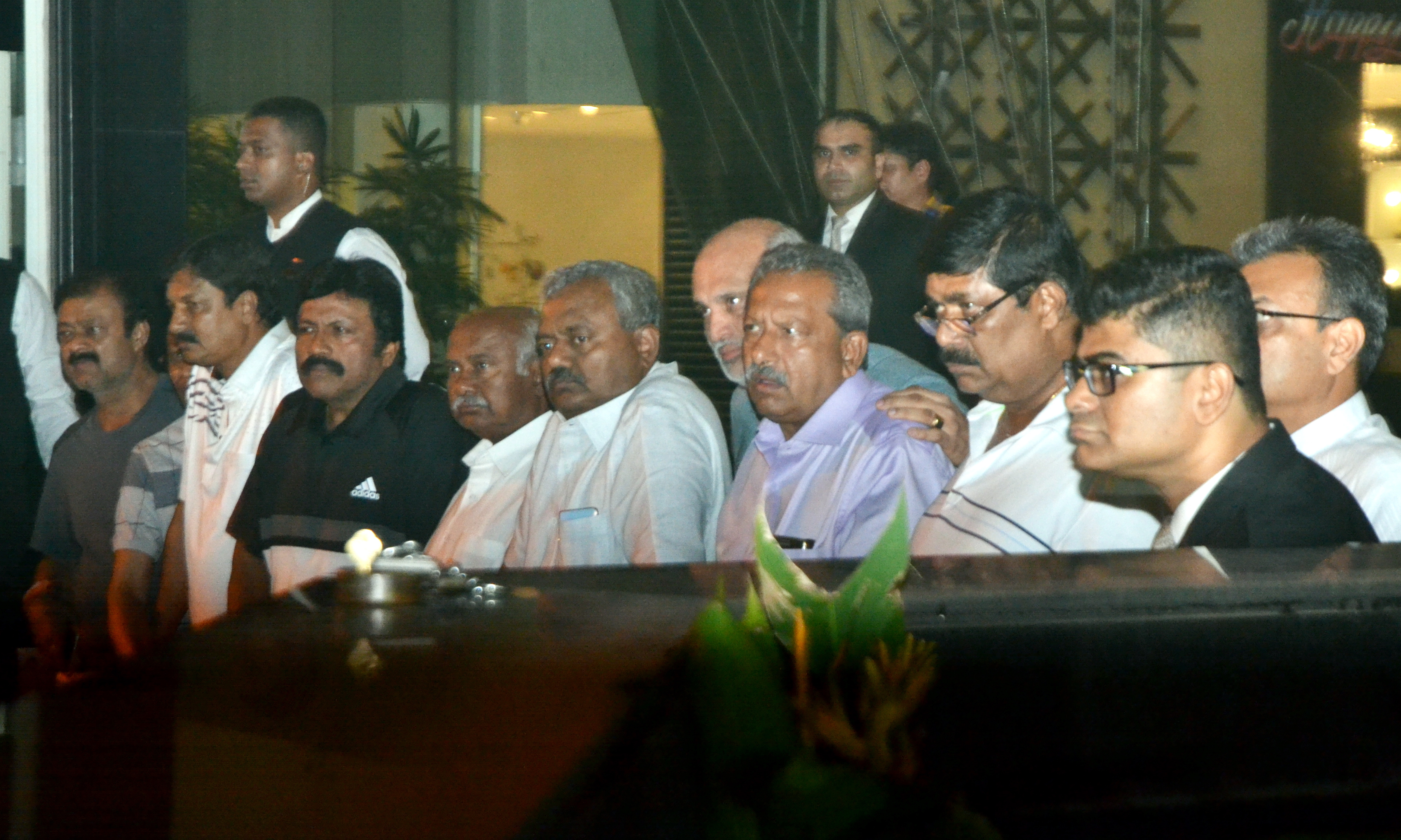 The Congress on Monday said its ministers have resigned voluntarily to enable reshuffle of the cabinet and make way for the disgruntled MLAs, a move that is a last-ditch attempt to save the 13-month-old Congress-JD(S) government in Karnataka.

The decision was taken at a breakfast meeting of Congress ministers at deputy chief minister G Parameshwara's residence, which was attended by CLP leader Siddaramaiah and AICC general secretary K.C. Venugopal, among others.

'For the larger interest of the party, yesterday and today we had detailed discussions with senior leaders and ministers. Today morning we met the ministers. In the prevailing condition, the ministers themselves voluntarily resigned ministership as far as the Congress ministers are concerned,' Venugopal said after the meeting.

'They have left it to the Congress party to take necessary decision to reshuffle the cabinet, to settle the issues in the present scenario. I sincerely thank the ministers.'

CLP leader Siddaramaiah too said the Congress legislators had given 'full freedom' to the party to reshuffle the ministry.