Party says it was expecting a crowd of 10,000, but turnout was at least four times more 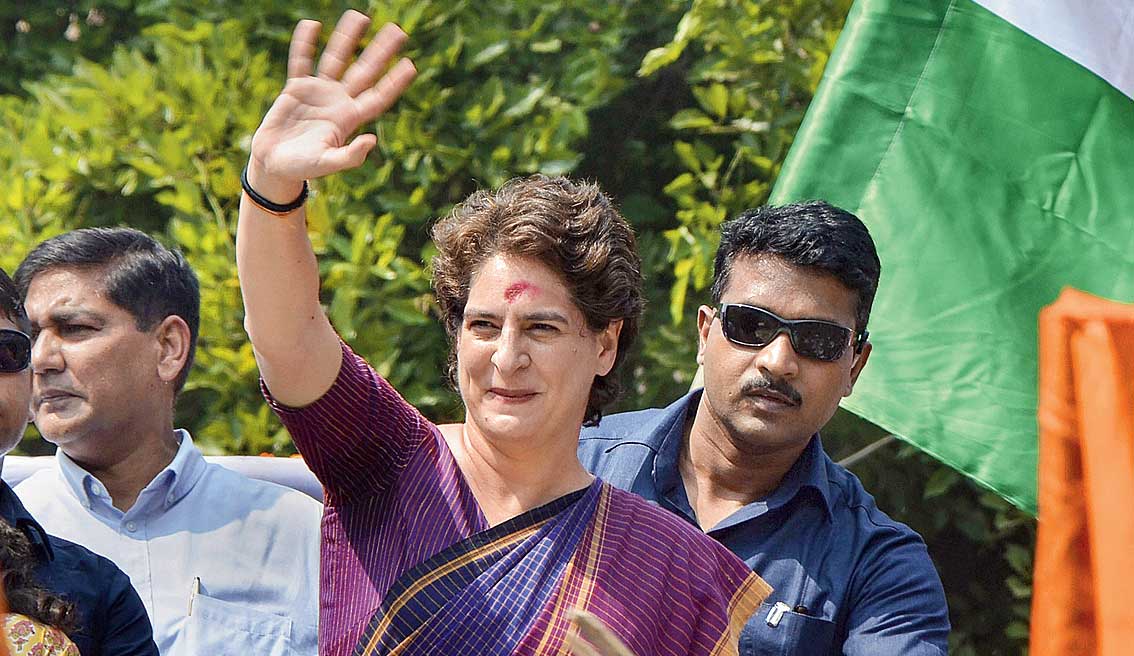 Assam unit president Ripun Bora had told The Telegraph on Saturday that he was expecting a turnout of 10,000. But party general secretary Apurba Bhattacharjee claimed the actual turnout was at least “four times more” and highlighted that the local MLA was from the BJP.

She said this was her first visit to Silchar but the welcome she had received made her feel as though she had visited the place many times before.

She urged the people to go through the manifestos of both the Congress and the BJP before deciding whom to vote for.

Priyanka’s maiden political foray into Assam, ruled by the BJP and its allies, had state Congress leaders claiming that the party’s prospects in the second and third phases of the polls, on April 18 and 23, had received a huge boost. Silchar votes on April 18.

A large number of tea garden workers had turned up, from places such as Lakhipur and Kumbha, implying the Congress had made some inroads into the plantation belt. Large sections of tea labourers had supported the BJP in the 2016 Assembly elections, which unseated the Tarun Gogoi-led Congress government.

On Sunday, the tea estate workers had reached the venue a considerable time before the road show started.

Priyanka said she saw a reflection of her grandmother Indira Gandhi in Sushmita and that she had the potential and quality of leadership. She made a brief address at Rangirkhari, where the event concluded.

Educated in Delhi and London, Sushmita, a lawyer by qualification, is a former Silchar MLA and the sitting Silchar MP. She faces a tough challenge from the BJP’s Rajdeep Roy, a doctor and the son of deceased former MLA Bimalangsu Roy.