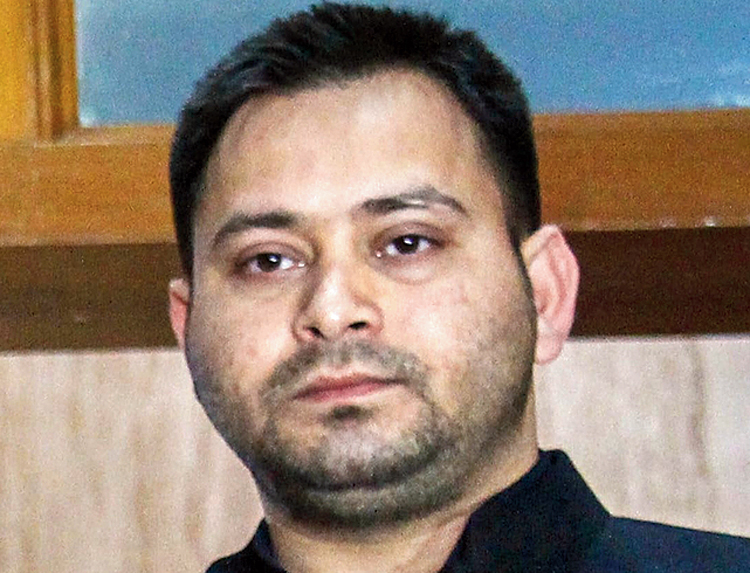 Tejashwi Yadav said the Congress would have to handle its leadership role with “large-heartedness”.
The Telegraph file picture
Our Special Correspondent   |   Patna   |   Published 20.01.19, 10:24 PM

Rashtriya Janata Dal leader Tejashwi Yadav has sought to scotch the spin being given to his meetings with Mayawati and Akhilesh Yadav, saying that the Congress is best equipped to lead an alliance against the BJP in the Lok Sabha elections.

Ever since Tejashwi visited Lucknow this month to congratulate Mayawati and Akhilesh for stitching an alliance in Uttar Pradesh, the NDA camp has been mocking him for allegedly using arm-twisting tactics against the Congress ahead of a seats deal in Bihar. Tejashwi’s opponents renewed their attack after he attended Saturday’s Opposition rally in Calcutta.

“Akhileshji is part of our extended family and behen Mayawatiji always had cordial relations with us…. So, my courtesy calls to them should not be construed as a pressure tactic,” Tejashwi told PTI.

Tejaswi pads up for House debut