Clean chit to scribe booked after his video showed just 'salt-roti' served to students: UP Police 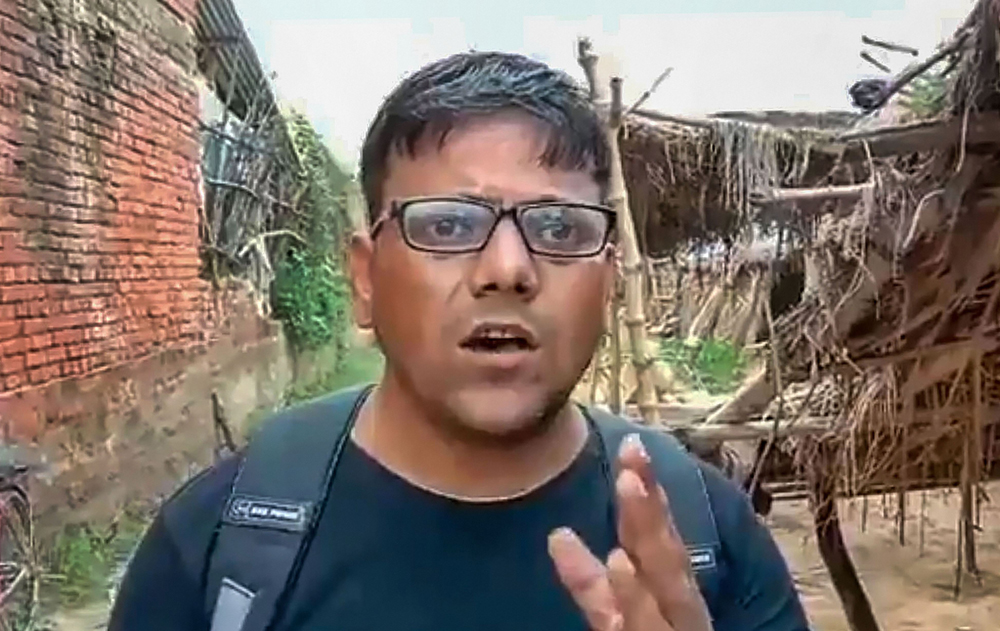 The police have given a clean chit to a journalist who was booked for allegedly maligning the image of the state government after he shot a video showing that salt and rotis were being served to students of a primary school in Mirzapur.

However, a representative of the village head who was also booked under the same charges in connection with the case, has not been cleared, police said.

The video, shot by journalist Pawan Jaiswal, at Shiur Primary School under Aharaura police station had gone viral on August 22, sparking an Opposition backlash against the BJP government in the state.

The state government had suspended two teachers and a case was registered against Jaiswal, a journalist with a Hindi daily, and the representative of Hinauta village head Rajkumar Pal for allegedly maligning the image of the state government.

The case was registered 10 days after the video went viral.

'We have given a clean chit to the journalist as no evidence was found against him during our investigation,' superintendent of police Dharamvir Singh told PTI on Thursday.

Singh said Jaiswal was called by the gram pradhan's representative to shoot the video in the school.

The police have filed a chargesheet against the representative of the gram pradhan, the district police chief said.

After the video was shared widely on social media, National Human Rights Commission had also sought a report on the matter from the state.

The video showed a woman distributing rotis and another woman salt to children as their midday meal.

As per the norms under the midday meal scheme, pulses, rice, rotis, vegetables with fruits and milk on certain days are to be served to schoolchildren to ensure that they get necessary nutrition.

The midday meal scheme is designed to provide a minimum of 450 calories per child per day, which should include at least 12 grams of protein as well. These meals should be served to each child at least 200 days a year.

Video of milk in water curdles UP mid-day meals

68% of child deaths in India due to malnutrition, says study