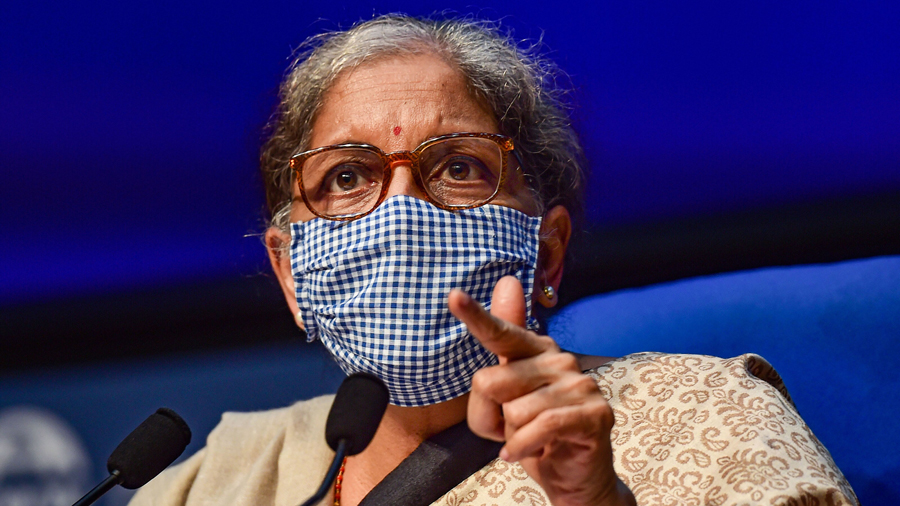 The Centre on Thursday unveiled its third stimulus package for a Covid-battered economy that is teetering on the brink of a deep recession this fiscal, again massaging noble intent with the froth of big numbers.

The funding provided by the three stimulus efforts has been computed at close to Rs 30 lakh crore — a figure conflated by estimating the value of the RBI’s pump-priming monetary measures till October 31 at Rs 12.71 lakh crore.

Finance minister Nirmala Sitharaman claimed that the Centre had provided an overall economic stimulus worth 15 per cent of the GDP — and insisted that the claw-back to a recovery had begun.

The latest package is estimated at Rs 2.65 lakh crore, which includes the Rs 1.45 lakh crore of production-linked incentives the cabinet cleared on Wednesday for 10 sectors. These incentives will be paid out over five years and, like a lot of other measures, stretches the tenure of the poorly cash-funded stimulus like a bubblegum.