Centre should provide foodgrains to states to fight against Covid-19: Congress leaders 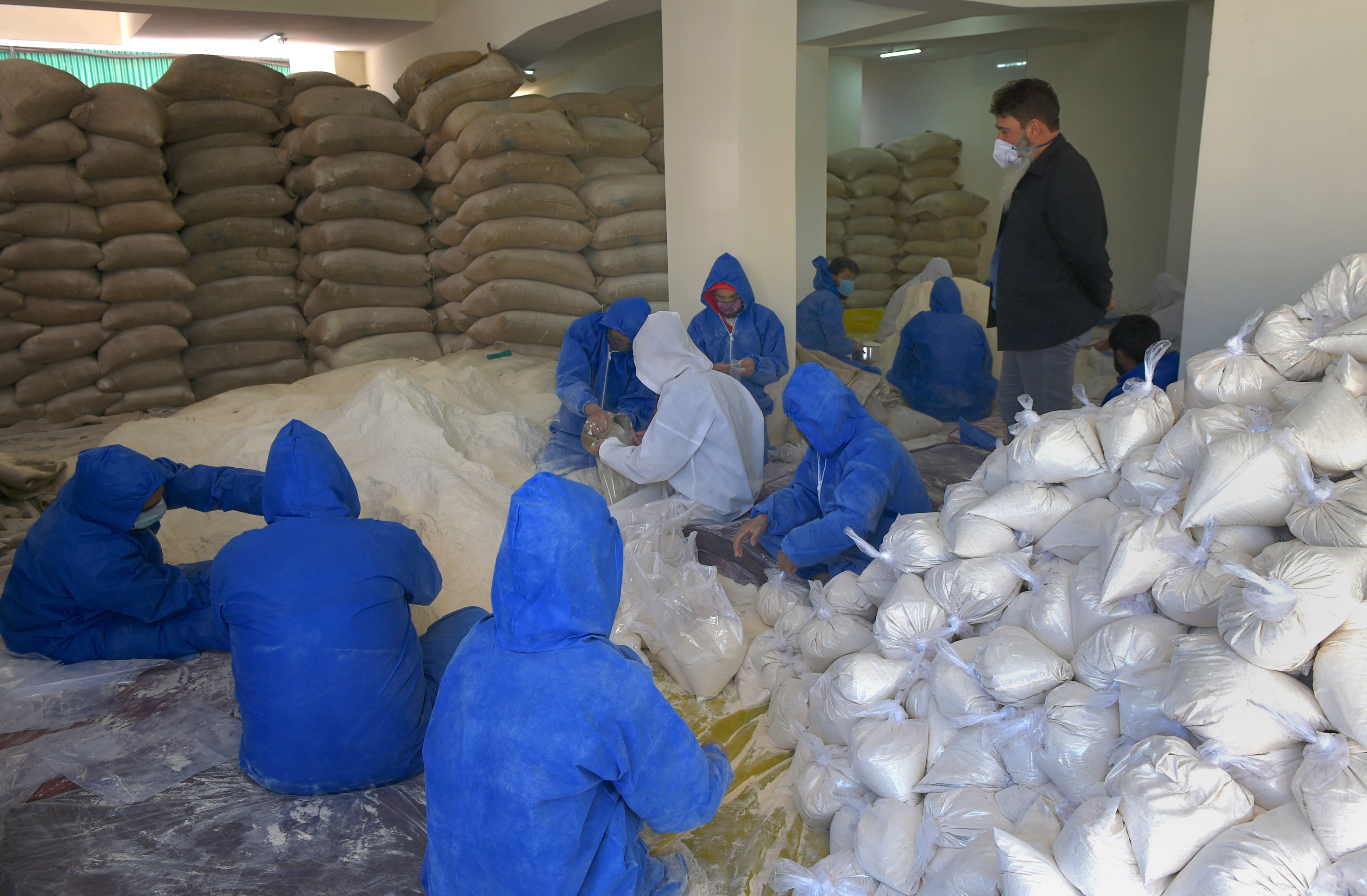 Workers wearing protective suit prepare food packets to distribute among the needy ahead of Ramadan, during the nationwide lockdown to contain the spread of coronavirus, in Srinagar, Tuesday, April 21, 2020
PTI
PTI   |   New Delhi   |   Published 22.04.20, 12:17 PM

Congress leaders on Wednesday urged the central government to provide more foodgrains to the states to ensure that no poor person dies of hunger during the lockdown even as they called upon the BJP to desist from playing 'dirty communal politics' over Covid-19.

Rajasthan health minister Raghu Sharma said the state government has no problem with the visit of the central government team and that more such teams can be sent for Centre's satisfaction over the provisions in the state to fight coronavirus, adding that the team had expressed satisfaction with the work being done by the Congress government in the state.

Sharma said the Centre should provide foodgrains from godowns of the Food Corporation of India to tide over their shortage in states.

'The Centre should provide more wheat, rice and pulses to states to tide over the shortage of foodgrains. The Centre should open the gates of FCI godowns to states for helping save the lives of the poor and destitute. No person should die of hunger in this crisis as the country has enough food,' he said.

Sharma also accused the BJP in Rajasthan of playing politics by communalising the health crisis.

'We are working without any politics to save every person from the deadly coronavirus. Still some BJP leaders are doing communal and dirty politics and they should desist from doing so, as everyone has to fight this battle against Covid-19 together to defeat it,' he said.

Pointing out that cases have been registered against some BJP leaders in Rajasthan, the minister said they should not be allowed to indulge in communal politics during the pandemic.

Sharma also urged the Centre to provide money to the states as their economies were crippled due to the lockdown and they were finding it difficult to cope with the financial crunch.

'Government of India should provide more money to states to strengthen health infrastructure in the country to tackle a situation like this arisen due to coronavirus,' the Rajasthan minister said.

He also urged the Centre to open state borders to enable all migrant workers and students to reach their homes.

Chhattisgarh minister Deo said the lockdown should be used as a 'training period' as projections by experts say there may be a surge in the cases of Covid-19 once the lockdown is lifted.

He also talked about making sanitisers in his state with alcohol from mahua flowers, which are in bloom currently.

'There is a talk of a Doctors' Protection Bill. I am in favour of bringing such a bill to help protect doctors from attacks on them across the country,' he said.

Both Deo and Sharma said the situation pertaining to the pandemic was still grave and the Centre should evolve a plan for increasing the level of testing in the country to know the extent to which the virus has spread and contain it accordingly.

'The situation is very grave. The government of India should make an action plan with states for increasing testing,' Sharma said.

The Rajasthan minister said the state was following the guidelines set by the Indian Council of Medical Research (ICMR) with regard to testing kits provided by it.

He said the testing kits have been found to have an accuracy of only 5.4 per cent, after the state conducted 168 tests with these kits.