Govt gears up to amend the Cinematograph Act, 1952, to bring back a provision courts had struck down over 20 years ago by citing democratic principles 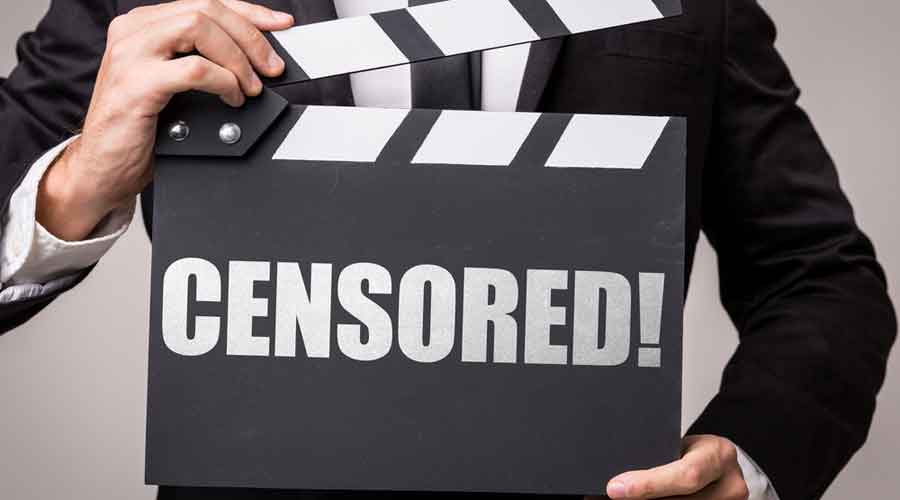 The move comes at a time the Centre has given itself the power of oversight on social media and is issuing similar guidelines for television content through a three-tier complaint redress mechanism.
Shutterstock
Anita Joshua   |   New Delhi   |   Published 20.06.21, 02:29 AM

The Centre has moved to restore its “revisional powers” over film certification after any movie has been cleared for release by the Central Board of Film Certification, gearing up to bring back a provision courts had struck down over 20 years ago by citing democratic principles.

Invoking Article 19(2) of the Constitution that provides for reasonable restrictions on freedom of speech and expression in the interest of public order, the information and broadcasting (I&B) ministry has decided to amend the Cinematograph Act to allow the Centre to direct the CBFC chairperson to re-examine a movie already cleared by the film certification board if there are complaints that it has violated the guiding principles of certification.

The move comes at a time the Centre has given itself the power of oversight on social media and is issuing similar guidelines for television content through a three-tier complaint redress mechanism.

The guiding principles of certification provided in Section 5(b) of the Cinematograph Act, 1952, mandate that clearance for public exhibition will not be granted if any film or part of it is against the sovereignty and integrity of the State, affects friendly relations with other countries or public order, violates decency/ morality, involves defamation/ contempt of court, or is likely to incite an offence.

The tribunal was a statutory body established in 1983 under the Cinematograph Act, 1952, by the I&B ministry as a forum of redress for filmmakers dissatisfied with CBFC decisions.

In its verdict the Supreme Court had disagreed with the government’s plea that the revisional powers were required to deal with any law-and-order situation that might arise because of a film.

“Once an expert body has considered the impact of the film on the public and has cleared the film, it is no excuse to say that there may be a law-and-order situation. It is for the concerned state government to see that the law and order is maintained,” the apex court had said.

“In any democratic society there are bound to be divergent views. Merely because a small section of the society has a different view from that as taken by the tribunal, and choose to express their views by unlawful means would be no ground for the executive to review or revise a decision of the tribunal. In such a case, the clear duty of the government is to ensure that law and order is maintained by taking appropriate actions against persons who choose to breach the law,” the court had added.

Ahead of restoring the Union government’s revisional powers, the I&B ministry had in April this year abolished the FACT.

Barring a couple of exceptions like Vishal Bhardwaj, Guneet Monga and Hansal Mehta, there was hardly any protest from the film industry over the dissolution of the tribunal.

This time, too, the government’s decision to reclaim its power has been met with silence from the film industry. Some insiders maintained that filmmakers might prefer to first send in their views to the I&B ministry — since comments have been invited — before going public.

The latest amendment is among changes that could be introduced in the Cinematograph (Amendment) Bill, 2021, which was put up for public comments by the ministry on Friday evening.

The other proposed amendments include a further age-based classification for films that now fall in the UA (unrestricted public exhibition subject to parental guidance for children) category, an extension of the validity of the CBFC certificate from 10 years to perpetuity, and the insertion of an enabling provision in the law to check film piracy.