The Ministry of Home Affairs has made several changes to the land laws, including allowing use of agricultural land for setting up facilities of public purpose 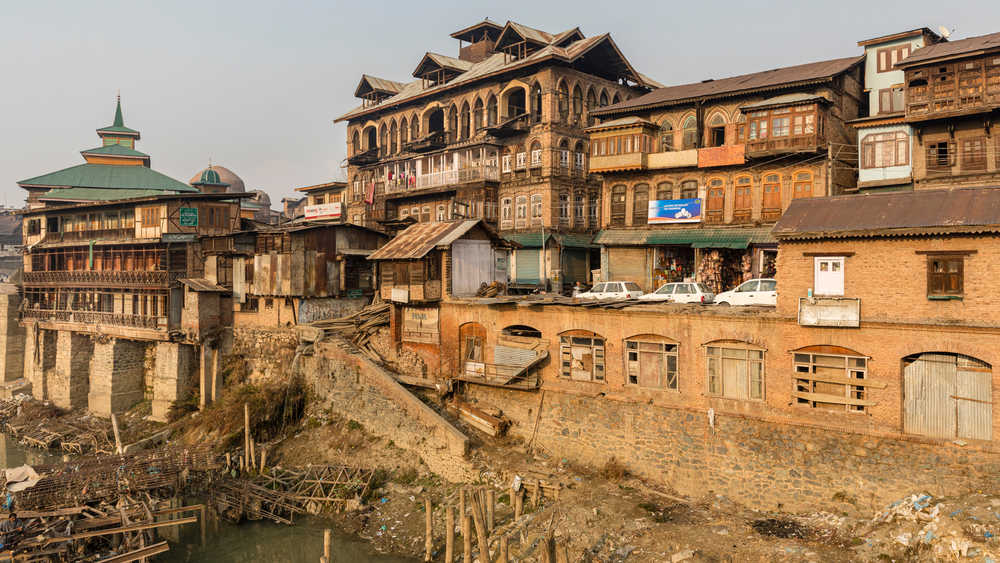 The Centre has paved the way for people from outside Jammu and Kashmir to buy land in the union territory by amending several laws, more than a year after the nullification of Articles 370 and 35A of the Constitution.

In a gazette notification in Hindi and English, the Ministry of Home Affairs has made several changes to the land laws, including allowing use of agricultural land for setting up facilities of public purpose.

The most important tweak has been made in the Jammu and Kashmir Development Act that deals with disposal of land in the union territory as the Centre has omitted the phrase "permanent resident of the state" from Section 17 of the law.

Before the repeal of Article 370 and Article 35-A in August last year, non-residents could not buy any immovable property in Jammu and Kashmir. However, the fresh changes have paved the way for non-residents to buy land in the union territory.

Lieutenant Governor Manoj Sinha told reporters that the amendments did not allow transfer of agricultural land to non-agriculturists.

However, there are several exemptions in the Act which enable transfer of agricultural land for non-agricultural purposes, including setting up of educational or health care facilities.

Former Advocate General Mohammad Ishaq Qadri said the amendments have opened floodgates for people from outside Jammu and Kashmir to buy land. "Now there is no legal bar on purchase of land here by outsiders," he said.

The People's Alliance for Gupkar Declaration (PAGD) -- an amalgam of seven mainstream parties in Jammu and Kashmir -- condemned the changes in the land laws and vowed to fight these on all fronts.

"Unacceptable amendments to the land ownership laws of JK. Even the tokenism of domicile has been done away with when purchasing non-agricultural land and transfer of agricultural land has been made easier. JK is now up for sale and the poorer small land holding owners will suffer," he tweeted.

PDP president Mehbooba Mufti said it was a step to "disenfranchise" the people of Jammu and Kashmir. "Yet another step that's part of GOI's nefarious designs to disempower & disenfranchise people of JK. From the unconstitutional scrapping of Article 370 to facilitating loot of our natural resources and finally putting land in JK up for sale," she tweeted.

The notification has replaced Section 30 and Part VII of the State Land Acquisition Act of 1990 with the Right to Fair Compensation and Transparency in Land Acquisition, Rehabilitation and Resettlement Act, 2013.

The other major laws repealed by the notification includes the J&K Big Landed Estates (abolition) Act, a landmark act brought in by Sheikh Abdullah that gave land rights to landless tillers.

The JK Alienation of Land Act, 1995, the JK Common Lands (regulation) Act, 1956 and the JK Consolidation of Holdings Act, 1962 were also repealed.

Other laws to be repealed are the J&K Prevention of Fragmentation of Agricultural Holdings Act, 1960; JK Prohibition on Conversion of Land and Alienation of Orchards Act, 1975; the JK Right of Prior Purchase ACT, 1936 A.D; Section 3 of the J&K Tenancy (Stay of Ejectment Proceedings) Act 1966; the JK Utilisation of Land Act, 2010; and the J&K Underground Utilities (Acquisition of rights of user in land) Act.

The notification also maintains that government on the written request of an Army officer not below the rank of Corp Commander may declare an area as "strategic area" within a local area, only for direct operational and training requirements of armed forces, which may be excluded from the operation of this Act and rules and regulations made there under in the manner and to the extent.