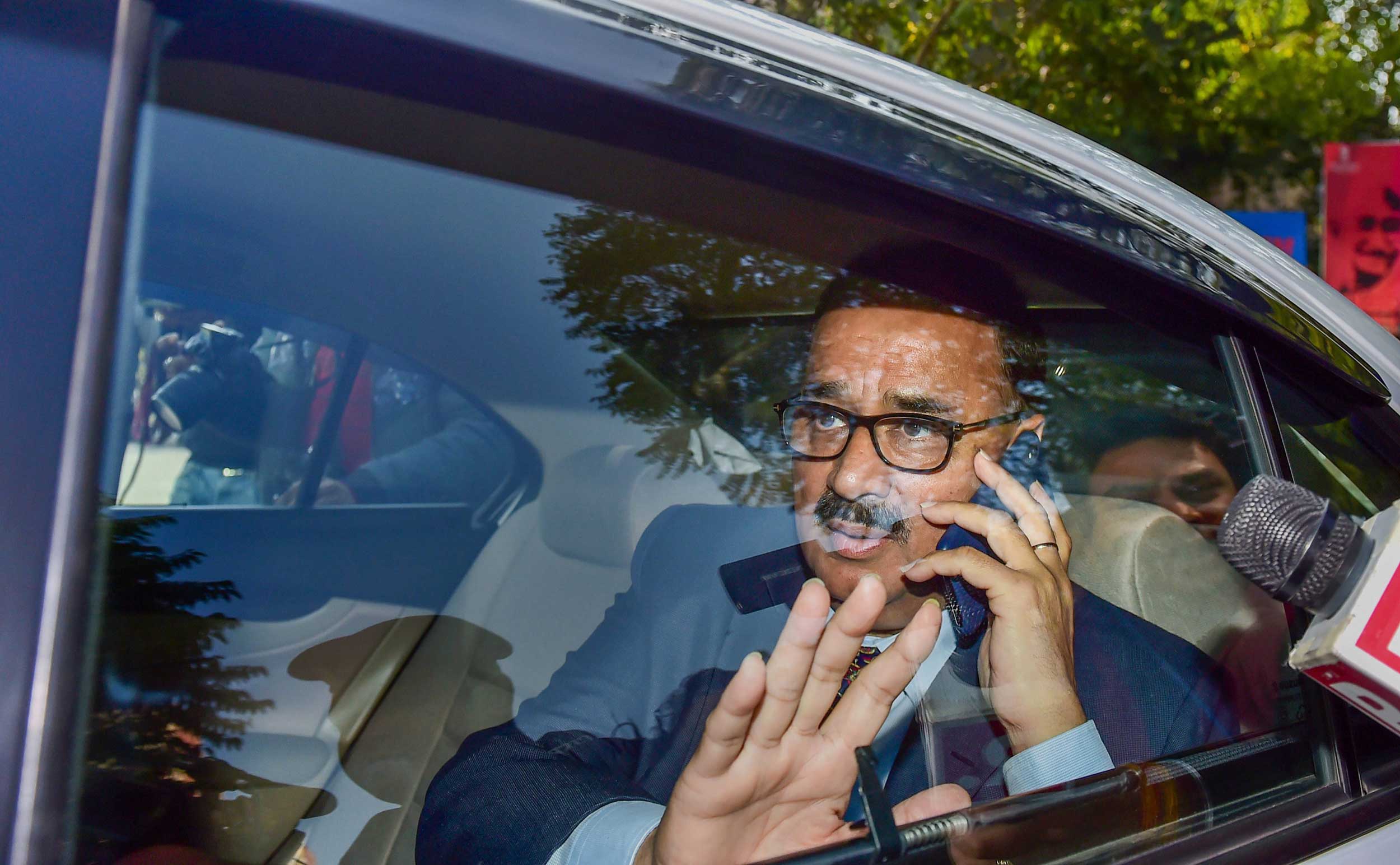 At a meeting of the three-member selection committee, Modi received support from Justice A.K. Sikri — Chief Justice of India Ranjan Gogoi’s representative on the panel — against Kharge, leader of the largest Opposition party.

Lawyer Prashant Bhushan accused the Prime Minister of ignoring a conflict of interest — as he is the main Rafale accused — and the principles of natural justice by denying Verma a chance to answer the corruption charges against him.

Congress spokesperson Abhishek Singhvi was blunt: “The Prime Minister didn’t want skeletons to come out and was desperate to throw Verma out even before the ink had dried on the Supreme Court judgment.

“How can you remove a person of statutory authority only on allegation, without giving him a chance to explain? The report by the CVC (Central Vigilance Commission) is nothing: it has no value without the backing of an independent investigation.”

Congress president Rahul Gandhi tweeted on Thursday night: “Fear is now rampaging through Mr Modi’s mind. He can’t sleep…. Sacking the CBI Chief #AlokVerma twice in a row, clearly shows that he is now a prisoner of his own lies. Satyamev Jayate”

Verma has been appointed director-general of fire services, civil defence and home guards while M. Nageshwar Rao has been given interim charge of the CBI. Rao had filled in for Verma during his benching too.

The order shunting out Alok Verma as CBI director and reinstating Nageshwar Rao as interim director issued on Thursday.

Sources said the Prime Minister felt that the vigilance report, which indicted Verma on several counts, made the official’s continuance untenable and Justice Sikri concurred with him.

They said that Kharge disagreed fiercely. He said in his dissent note: “Having examined the contents of the CVC report, it is my considered opinion that Alok Verma be allowed to explain himself before this committee, along with the charges made against him, prior to any decision being taken.”

Kharge listed four key issues for the committee to work on: “1. Restoring unto Alok Verma the full extent and authority of powers under his office. 2. Restoring unto Verma the complete tenure that he had been wrongfully deprived of. 3. Lack of substantial findings against Verma in the CVC report submitted to the Supreme Court. 4. The high-powered committee must order an investigation into the events of the early hours” of October 24.

Kharge’s dissent note highlighted that of the 11 charges against Verma, the corruption watchdog had found some sort of substance in only four.

“It can even be inferred from the judgment that the charges against Verma were not of sufficient significance to even affect the reasoning and scope of the inquiry of the Supreme Court. The court first asked for the CVC to submit its report on the charges against Verma in a sealed envelope. After having reviewed the same, the court decided to confine itself to the legal validity of the orders of the CVC and DoPT dated October 23, 2018,” Kharge wrote.

“It would be grossly unfair to not restore Verma to the full extent of the authority enjoyed by the office of the director, CBI, and compensate him by extending his term appropriately to accommodate for the loss of 77 days caused by the illegal orders of the CVC and DoPT dated October 23, 2018. The investigations against him with regard to the recommendations by the CVC must of course be allowed to continue in parallel.”

While quashing the October divestment of Verma’s powers, the apex court had on Tuesday asked the selection committee to decide in a week on the vigilance probe report against the official, who is scheduled to retire on January 31.

The Centre had benched Verma citing a directive from the Central Vigilance Commission but the lightning operation had fuelled suspicion the government wanted him out before he could initiate action on the Rafale deal.