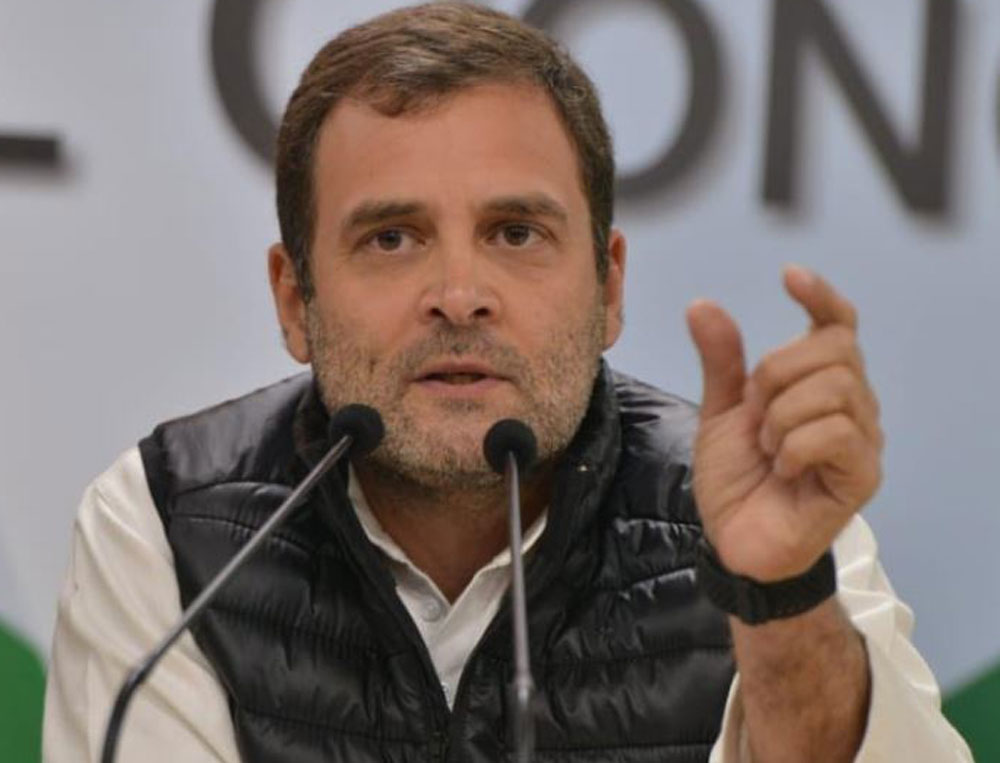 The slap in the government’s face on the CBI director’s removal emboldened the Congress enough on Tuesday for Rahul Gandhi to declare: “Nothing is going to save the Prime Minister from Rafale.”

As the Congress sought a public apology from Prime Minister Narendra Modi for trying to “trample” every institution, after the Supreme Court order declaring his government’s midnight operation to bench Alok Verma illegal, Rahul told journalists outside Parliament: “The CBI chief has been reinstated. Some justice, after all. Let’s see what happens next.”

Rahul said: “The CBI chief was removed at 1 in the night because he wanted to initiate an inquiry into the Rafale deal. Now let me say this — nothing is going to save the Prime Minister from Rafale. Nothing.”

The Congress president said the “evidence” on the Rafale deal was “open and shut”.

“It is pretty clear the Prime Minister personally helped Anil Ambani get the Rs 30,000-crore offset contract (in connection with the Rafale deal). I asked them to answer in yes or no — when the PM was doing bypass surgery, the officials of the defence ministry and the Indian Air Force objected or not? Believe me, the nation is going to 100 per cent know, without a shadow of doubt, the nation will know this,” Rahul said.

He followed the attack with a piercing tweet: “The truth of Rafale will destroy Mr Modi. It’s only a question of time before full evidence of his role in the theft of 30,000 crore becomes public. Congratulations to the SC for upholding the law.”

Although the curbs put on the CBI chief’s powers did cause some concern, the Opposition saw the court order as a huge embarrassment for the government as the “illegality” of a midnight operation against the premier investigative agency had been established.

Senior Congress leaders said the court order would deepen suspicion in the minds of people about the government’s intentions, which could prove much more injurious than the immediate setback of losing a legal battle.

The Congress leaders also expected an adverse fallout of Verma’s reinstatement as the government had allegedly acted with vindictiveness and created a false parallel between him and benched CBI special director Rakesh Asthana who was embroiled in corruption controversies.

There were conflicting views on the extent and scope of Verma’s powers though some leaders felt ordering a preliminary inquiry into the Rafale deal was well within his administrative rights.

The development could also hurt Asthana, who is seen as being close to top BJP leaders, many in the Congress felt.

“The conspiratorial move to remove Verma as CBI chief to prevent an inquiry into (the) Rafale (deal) is demolished. The credibility of the CVC (chief vigilance commissioner, who had divested Verma of all responsibilities) lies in tatters. Modi has tried to trample every institution under his feet,” he said.

Surjewala added: “No other government has ever played with autonomous institutions in this manner. But the Supreme Court today proved Modi’s danda-tantr (might-is-right approach) is not bigger than the rule of law. Hope the government draws correct lessons from this ruling and the Prime

Minister offers a public apology. If Modi has any respect for the rule of law and any morality left, he should compensate for the three months Verma lost and give him (an) extension for (an equivalent) period.”

Arguing that any attempt to deny the reinstated CBI chief his due will prove the evil intentions of the government, Surjewala said: “The tenure of the CBI director that was lost is three months. If his removal was illegal, that tenure has to be returned. Why should the Selection Committee, the CVC and the Prime Minister not restore that tenure? The only reason why the Prime Minister may oppose restoration of the tenure is that he is scared of the Rafale corruption.”

Surjewala’s comment was seen as a hint that Congress leader Mallikarjun Kharge, a member of the selection committee, would demand restoration of the three months that Verma lost. The committee is scheduled to meet in a week.

Responding to finance minister Arun Jaitley’s defence of the government’s decision and description of the court’s order as “balanced”, Surjewala said: “When a thief is caught red-handed, such statements come out. Is it not correct that the Prime Minister removed the CBI director at 12 in the night?