Advertisement
Home / India / No one can save Narendra Modi from Rafale probe: Rahul Gandhi after Alok Verma verdict 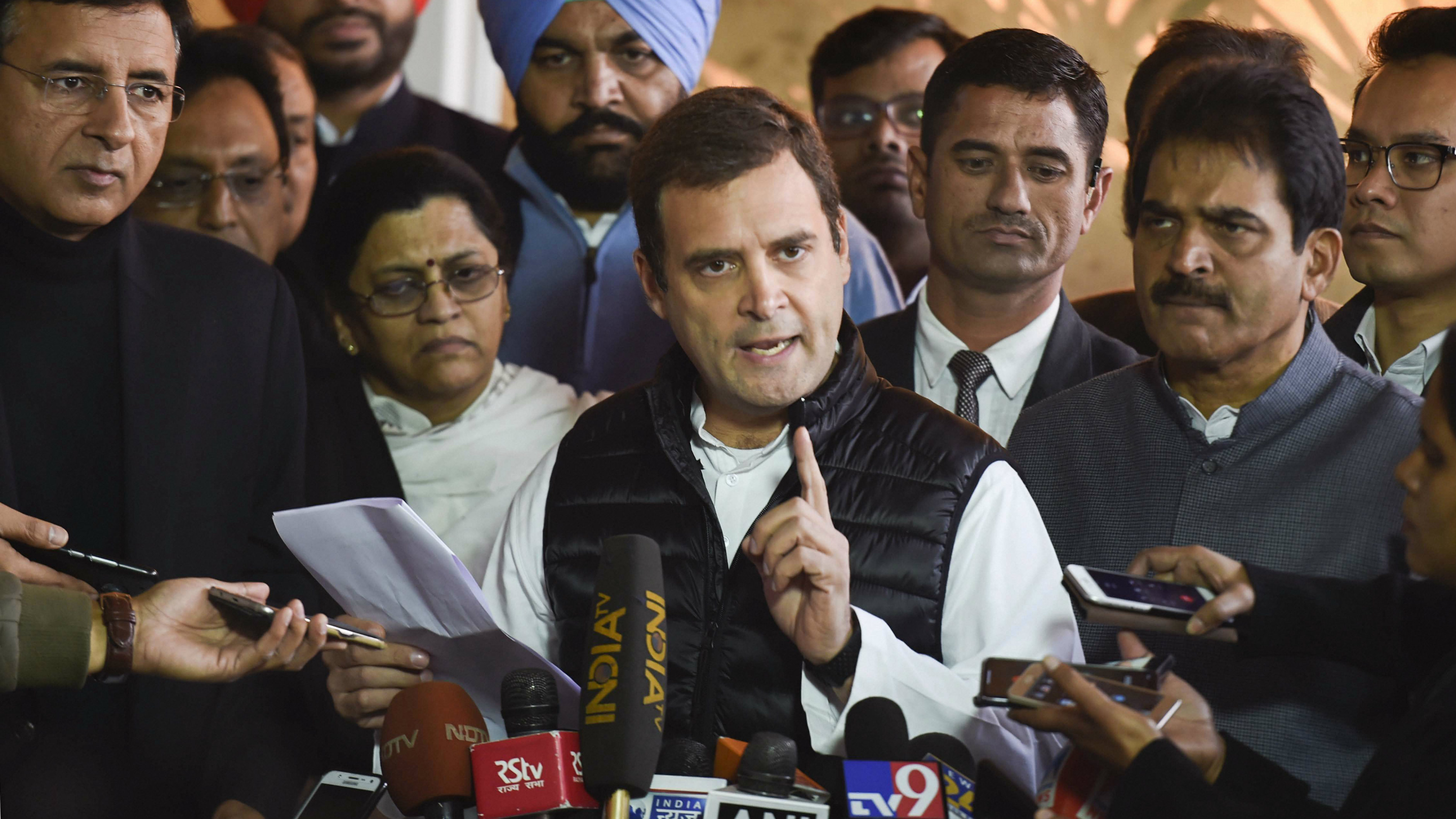 The Congress president added that the entire nation will know 'without a shadow of doubt' that Modi has taken Rs 30,000 crore of people's money and given it to his 'friend' Anil Ambani.

'The CBI chief was ousted at 1 am in the night because he was about to begin a probe into the Rafale deal. The CBI chief has been reinstated and we have got some relief. Now let's see what happens,' he told reporters outside Parliament on Tuesday.

Rahul's remarks came after the Supreme Court reinstated CBI director Verma, setting aside the Centre's decision to divest him of his powers. The court, however, restrained him from taking any major policy decision till the CVC probe into corruption charges against him is over.

Shortly after Verma was sent on leave late in October, Rahul had accused Modi of allegedly removing him in an attempt to stop the officer from investigating the Rafale 'scam'.

The party has often pressed the charge against the government since. It had also said that divesting Verma of his statutory powers abruptly amid a feud with his deputy Rakesh Asthana was illegal.

The government has rejected the charges and said the two top CBI officers were sent on leave to protect the integrity of the premier investigating agency.

On Tuesday, after the Supreme Court judgment, Rahul said: 'Defence minister Nirmala Sitharaman spoke for 2.5 hours in the Lok Sabha on Friday, but did not reply to the questions raised by me.' Sitharaman had accused the Congress of spreading 'falsehood' on the issue.

The Congress has been targeting Modi on the deal, alleging that the price of each Rafale aircraft has sharply increased from Rs 526 crore — negotiated by the previous UPA government — to Rs 1,600 crore, and that the contract will help Anil Ambani get a benefit of Rs 30,000 crore through offset contract. Ambani has rejected the charge.

'I have a simple question, please tell the country when Prime Minister Narendra Modi bypassed the old Rafale deal. Did the air force, did the defence ministry raise an objection? That's my question. I am expecting a yes, no answer,' Rahul said.

'Believe me, the nation is going to 100 per cent know that Narendra Modi has taken Rs 30,000 crore of people's money and given it to his friend Anil Ambani. 100 per cent, without a shadow of doubt, the nation will know this,' he said.